As part of efforts to enhance transparency and deal with corruption, the government has said it would continue to implement various commitments made by Ghana at the UK Anti-corruption Summit in 2016.

He said the government remained committed to the Open Government Partnership (OGP) Initiative, not to just ‘tick the box,’ but because it has found the initiative highly beneficial, saying, “we are therefore poised to rise to the current demands of OGP, no matter how challenging they may be.”

The President said these in a speech read on his behalf by Godfred Yeboah Dame, the Attorney-General and Minister of Justice, during a conference on Beneficial Ownership Disclosure in Ghana, yesterday, in Accra.

It was on the theme “taking stock of progress made and challenges to government’s efforts at reducing corruption and improving domestic revenue mobilisation.”

Ghana the Beneficial Ownership (BO) Disclosure as a tool to combat illicit financial flows, particularly in high risk sectors such as extractive industries has existed in the banking sector since the country’s commitment to fight money laundering and terrorist financing in 2006.

However, in 2016, Ghana made high level on BO disclosures at both international and domestic platforms.

President Akufo-Addo said he was aware that the BO register was successfully established in 2020, and the data currently being compiled for disclosure by the Office of the Registrar of Companies and all other stakeholders for making this possible.

He said: “On our part as a government, we will continue to support all institutions to play their roles very well. It is in this spirit of support for transformation that my government has restructured the Registrar-General’s Department into the Office of the Registrar of Companies in line with best practices and to make it more effective and focused.”

The President said given the way the world was changing in terms of external financing architecture, amidst the global impact of COVID-19 and the Russian-Ukrainian crisis, it was becoming abundantly clear for countries around the globe, including Ghana, to find innovative ways to increase domestic revenue mobilisation to deal with the economic challenges.

“One of the ways this can be done is for all of us as a people (government, civil society, and corporate bodies) to fully embrace BO disclosure,” he said.

Mr Osafo Maafo, Senior Presidential Adviser, said the Open Government Partnership was a global initiative that brought government leaders and civil society advocates together to promote transparency, empowerment of citizens, fight against corruption and encouragement of use of new technologies to improve governance.

He said in September 2011, Ghana signed onto the OGP at its formal launch in Washington, as the principles and values of OGP were also enshrined in the 1992 Constitution and statutes of our country.

He said 10 out of the 78 countries were from Africa, including Ghana, Nigeria, Burkina-Faso, Liberia, Sierra Leone, Kenya, Malawi, South Africa, Tunisia and Tanzania.

The post Govt to implement commitments made at UK Anti-Corruption summit appeared first on Ghanaian Times. 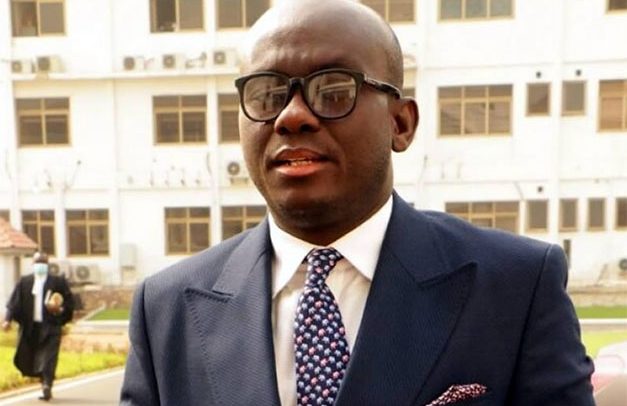