You have no shame, what kind of hypocrisy is this? - Sammy Gyamfi descends on Okoe Boye 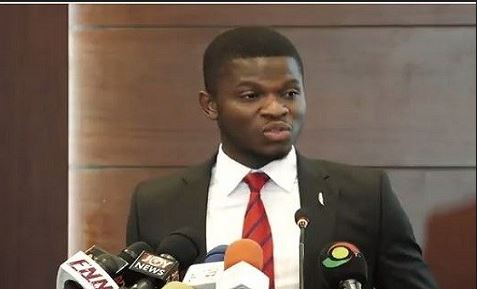 You have no shame, what kind of hypocrisy is this? - Sammy Gyamfi descends on Okoe Boye

Ghana Web
The National Communications Officer of the National Democratic Congress (NDC), Sammy Gyamfi, has lashed out at the former Member of Parliament for Ledzokuku, Bernard Okoe-Boye, over his attempts to paint the NDC with the same brush as with the NPP in terms of abandoning of projects.

According to him, the current New Patriotic Party continues to prove how much they are not ready to continue projects that they inherited from the previous administration.

He spoke on the Saturday, October 23, 2021, edition of NewsFile on the JoyNews channel, and monitored by GhanaWeb.

“They have come into office: these E-blocks we are talking about, I can give you a list of 50 E-blocks they have abandoned. And this issue that Okoe Boye is raising that even though the promise was in 2012, we started in 2014 and we didn’t finish all, and so what?

“We made the promise in 2012 as part of a campaign, we took office 2013, construction started in 2014. Now, we awarded 124, fully completed 46 and your own handing over notes bares that one out. You promised to build 350 secondary schools, you are in your fifth year, you’ve not built one,” he said.

Sammy Gyamfi also stated how shameful a thing it is for the former deputy minister of Health to try to justify the failure of his government, stressing that it is hypocrisy.

“You have no shame. You are rather attacking a government that promised 200, awarded 124, completed 46, with the rest at different levels of completion. What kind of hypocrisy is this?” he quizzed.

The Nana Addo Dankwa Akufo-Addo government has promised to construct a number of buildings for both education and in the health sector.

One of such is the government’s Agenda 111 project which is to see to the construction of 111 hospitals across the country.

Oppong Nkrumah throws light on what next in Ghana-IMF engagements