Ghana Web
As the world celebrates Mothers Day on Sunday, May 13, the Association of Women in the Media (ASWIM) wishes all Ghanaian women, especially women who tirelessly work in the media to impact society, a wonderful Mothers Day.

The Association said it acknowledged the unique role female journalists, particularly mothers, play in the development of media work and the nation in general.

A release signed by Mrs Mavis Kitcher, the Interim President of ASWIM, and copied to the Ghana News Agency, said journalism that used to be primarily a male-dominated field now had many women playing various roles.

It said the country had had a host of women who had played critical roles in the media landscape and left their footprints in Ghana’s history.

“Women such as the late Madam Mabel Dove, a committed journalist of her time, used varied pseudonyms to urge women to fight for their rights and national cohesion, Madam Elizabeth Ohene, a veteran journalist and a former Minister of Education, Madam Adwoa Yeboah-Afari, a prolific writer and multiple award winner, Mrs Gifty Affenyi-Dadzie, a two-time President of the Ghana Journalists Association, have distinguished themselves in the discharge of their duties as journalists, mothers and wives”.

It said: “Today, ASWIM joins the rest of the world to appreciate your works for the development of journalism in the country and for being role models for the youth to venture into our cherished profession.

“We celebrate you all and will ensure to keep the torch you lit burning to uplift Ghanaian women and help elevate the status of women in our society to their rightful place.”

ASWIM also acknowledged the founding members of ASWIM including Mrs Janet Esseku, the first President, Mrs Maud Blankson-Mills, Ms Josephine Sappor, Mrs Mercy Kwakye and the late Ms Dorinda Bannerman-Bruce for their foresight and selfless devotion in using the media to raise the image of women and sharpen their skills in the profession.

It noted that Ghanaian women professionals in all fields; doctors, teachers, nurses, farmers and market women among a host of others had been able to balance their activities as wives, mothers and performed their jobs expertly as the pillars their families revolved around daily.

Many women have played key roles in the advancement of society and so they all needed to be commended, the release said.

“Without doubt, all women deserve to be celebrated because they always put others before themselves, sometimes even at the peril of their lives and progress.

“Mothers’ Day is surely the perfect opportunity to reflect on all the hard work and sacrifices mothers in all our communities have made to bring our country to this level of development.”

The release honoured mothers and urged all to appreciate not only their mothers but every woman in their lives, whether in the home, extended family environment, at the work place, or other spheres of life.

“All mothers deserve commendation for their role in procreation, training and moulding the character of children without whom our nation would not have a future. 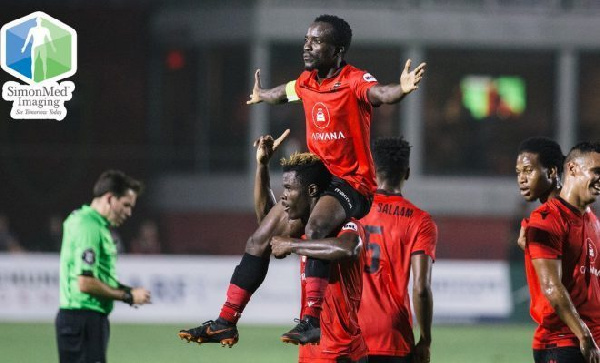 Solomon Asante dedicates his brace to all Mothers

African Artistes Urged To Celebrate Each Other

CIMAG joins IMO, others to celebrate Day of the Seafarer