Quality of human capital is key for sustained development – NDPC

Quality of human capital is key for sustained development – NDPC

Accra, Nov. 01, GNA – The 2019 Human Capital Index (HCI) by the World Bank indicates a lower HCI for Ghana, which stands at 44 per cent compared to the average for lower-middle income countries (LMIC) of 48 per cent; though, this is above the average for sub-Saharan Africa (SSA) of 40 per cent.

He said, “Undoubtedly, this picture of low quality education hinders national development and efforts to achieve a high-income status by the time Ghana attains its centenary year after independence”.

Dr Mensah-Abrampah said this at the Sixth National Development Forum in Accra.

The Forum on the theme "A Critical Look at Ghana’s Human Capital Development Agenda: Where do we go from here?” was organised by the NDPC.

It registered more than 200 participants including stakeholders in human capital development, academics and economists.

Dr Mensah-Abrampah says the quality of human capital was key for the sustained development and ultimate transformation of the country.

Ghana’s quest for socio-economic transformation could not be divorced from its commitment to human capital development, he said.

He said with the emergence of artificial intelligence and technological change in general, Ghana had no option than to strategically invest in its people for the right human capital that spurred innovation and development.

He said this was particularly important as the country aspired to be a solidly developed nation of high-income status by 2057.

Dr Mensah-Abrampah said Ghana was bless with abundant natural resources, however, the weak human capital development of its population, which was currently around 30 million, had not enabled the country to adequately exploit these resources to transform the economy.

He said Ghana’s significant improvement in school enrolment and health coverage had not been associated with the corresponding improvement in quality.

Dr Mensah-Abrampah said among the critical issues and questions that needed attention include “what types of reforms are best for Ghana’s educational system (curriculums, teaching methods, certification and remuneration, among others) and health system?”

“How should the labour force be prepared in the face of the Fourth Industrial Revolution (4IR); and how do we ensure that our human capital development positively influence the attitudes and ethics of Ghanaians?”.

He said to do so, there was a need to have policy focus; the need to determine the required competencies; setting out how those competencies were to be developed; and lastly, linking the development and retention of such competencies to various social and labour policies.

In a panel discussion, Dr Tony Oteng-Gyasi, Chairman, Tropical Cable and Conductor Limited, said the perception had always been that human capital development was a cost, but it was also a source of revenue and until all and sundry got to that realisation Ghana would not get anywhere.

He said artificial intelligence and information technology should also not be a scare, but rather an opportunity.

Mr Prosper Hoetu, Executive Director of Youth Network for Human Rights and Democracy, also noted that Ghana had challenges regarding requisite human resource and so there was a need to train more people to fill that gap.

He said Ghana had numerous needs as such the focus should be on training people who would have the requisite skills and knowledge to produce what the country needed. 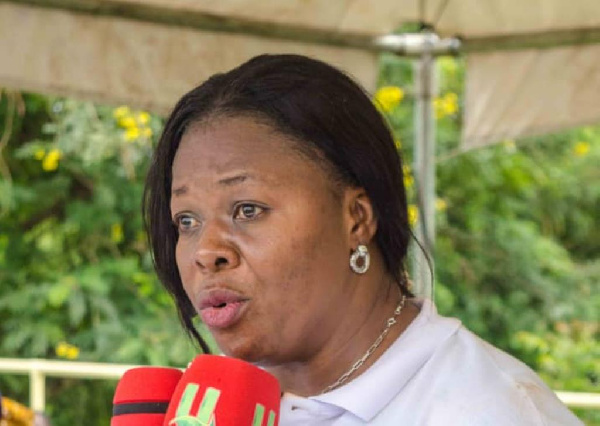 Iran blasts: What is behind mysterious ‘attacks’ at key sites?

‘Adhering To Safety Protocols Is Key To Reducing Covid-19 Cases’