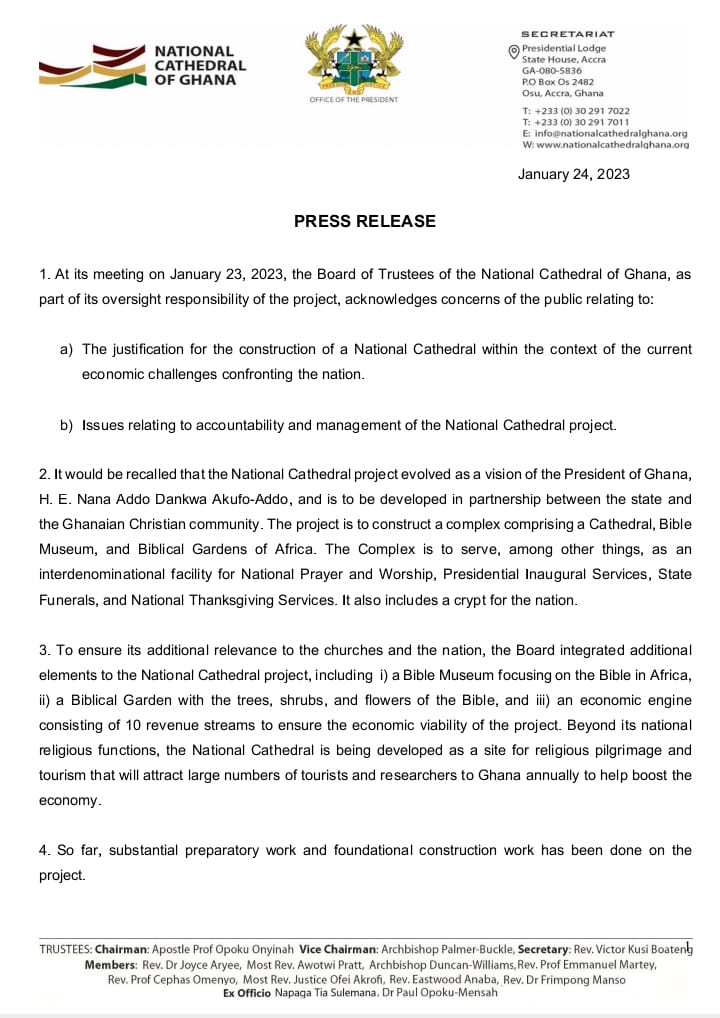 The Board of Trustees of the National Cathedral has resolved to subject the project to a “normal statutory audit”.

This follows what the Board says are recent nagging issues that have enveloped the construction process.

It has engaged the services of audit firm, Deloitte for the audit work to begin.

“The Board is already in discussions to engage Deloitte, which accepted to be the auditors when the National Cathedral was registered, to commence the normal statutory audit”, the Board through its Chairman, Apostle Prof. Opoku Onyinah said in a statement.

Furthermore, the Board is also open to an independent audit by Parliament following the submission of all relevant documents to Parliament last December.

“In addition, the Board submitted all relevant documentation on the project to Parliament in December 2022. Thus, if Parliament so desires, it may set up a commission or appoint an independent auditor to review all issues concerning the award of contract, procurement, construction works and financial operations of the National Cathedral project so far. “

“The Board of Trustees is also prepared to be subjected to any form of probe by state institutions including the Commission on Human Rights and Administrative Justice (CHRAJ)”. 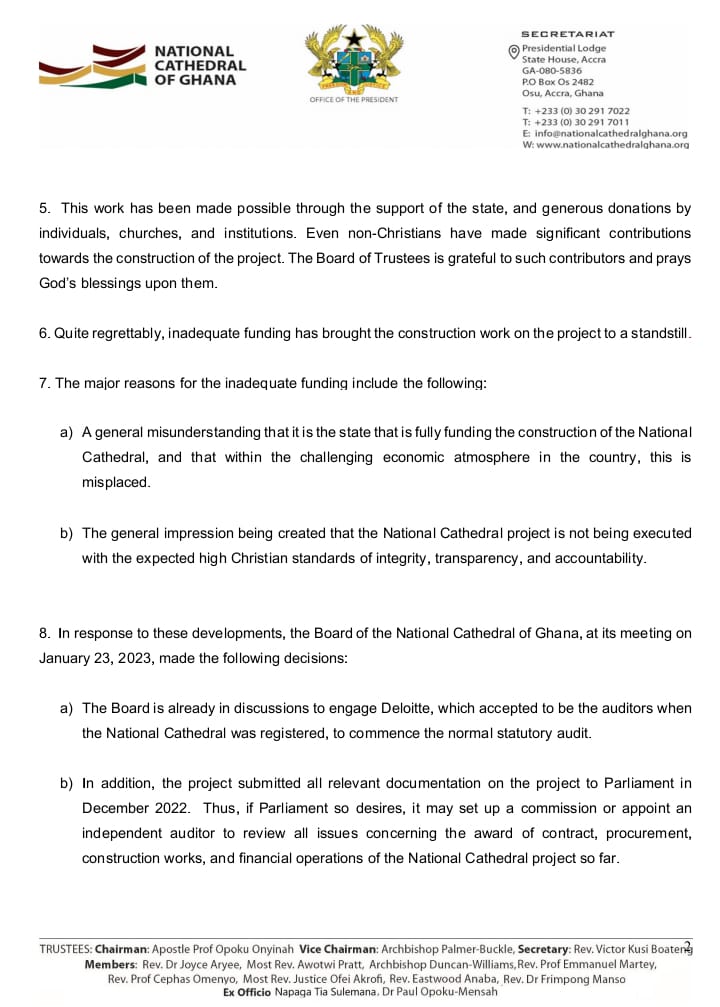 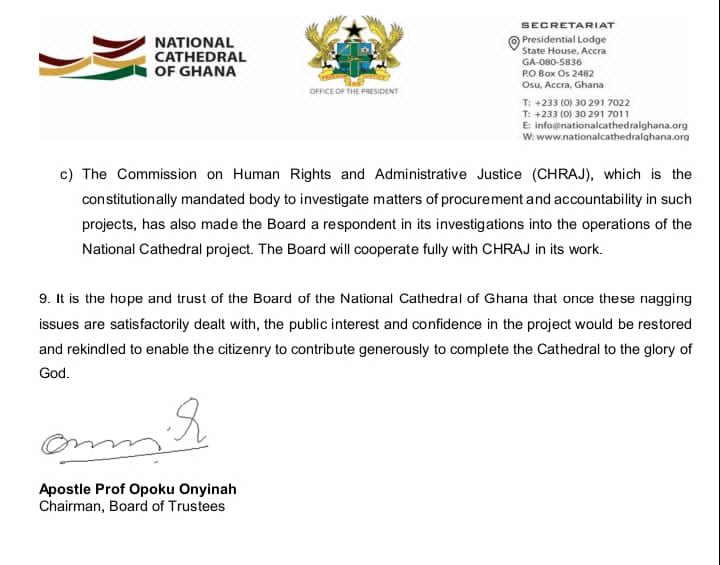 The construction of the National Cathedral has been one of the most controversial projects undertaken by the Akufo-Addo administration.

Despite calls for the project to be put on hold due to prevailing economic woes, the President has on several occasions stated that nothing will stop him from ensuring that the project is completed.

The Secretary of the Board of Trustees, Rev. Kusi Boateng has also been fingered by the Member of Parliament for North Tongu, Samuel Okudzeto Ablakwa for having multiple identities and receiving some 2.6 million cedis for no work done.

Two members of the Board of Trustees –  Founder and Leader of Action Chapel International, Archbishop Nicholas Duncan-Williams and Rev. Eastwood Anaba, President of the Eastwood Anaba Ministries have called for an immediate suspension of the construction of the National Cathedral pending an audit of the project.

In a letter to the Board, the eminent clergymen also stated that the current economic climate in Ghana makes it impossible for the timely completion of the project hence the call for its suspension until improvement in the economic fortunes of the country.

The post National Cathedral Board engages Deloitte for statutory audit of project appeared first on Citinewsroom - Comprehensive News in Ghana. 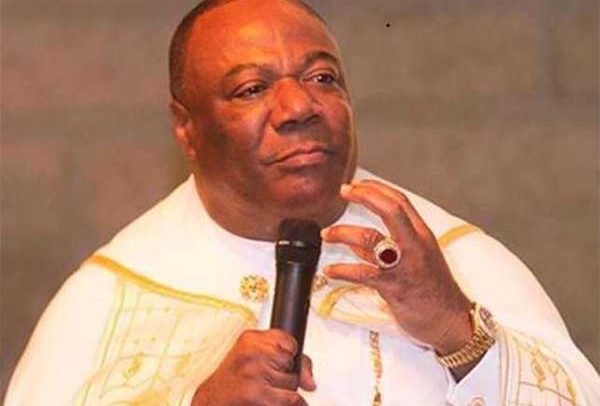 National Cathedral: I violently disagree with calls to dissolve board of trustees – Joyce Aryee