Be sympathetic and stop the regressive taxing – Tax Justice Coalition

Be sympathetic and stop the regressive taxing – Tax Justice Coalition

The Tax Justice Coalition Ghana (TJC – Ghana) has lauded portions of the 2023 Budget Statement and proceeded to admonish the Government to adopt more progressive tax regimes to provide relief to the Ghanaian public.

The Coalition lamented the continuous burdening of taxpayers by successive governments and the general lack of interest to ditch regressive and indirect tax regimes for a more human-centered one.

In a statement commenting on the Budget Statement, TJC Ghana reiterated its call “for a shift of focus from the regressive consumer-based taxes to the more progressive direct taxes on incomes, wealth and property” which it says, “unfortunately, our various governments have continued to burden the majority of citizens with the regressive indirect taxes, the lazy man’s approach, to taxation.”

It continued that: “the 2023 Annual Budget and Economic Policy Statement has not demonstrated any sympathy for the ordinary Ghanaian as it focused more on the consumed-based regressive taxes. In particular, TJC – Ghana is worried about the proposal to increase the VAT by 2.5%, bringing it to 15%. It is instructive to state that this 15% will be calculated on the total cost of the goods and services, the GETFund levy, the National Health Insurance Levy, and the COVID-19 levy, all straight levies, which bring the effective VAT rate to 21.9%, an increase from the current 19.25%. The immediate effect of this increase is an increase in prices of the taxable goods and services which also has a cascading effect on transport costs and cost of foodstuffs, which impact negatively on virtually all citizens. This is in addition to several existing taxes on petroleum products which various stakeholders have called for a reduction to no avail.”

The Coalition is also worried about the Government’s inability to “listen to the public outcry on the Electronic Transfer Levy and has reduced it only by 0.5% instead of scrapping it altogether.”

Among some of the taxes, the Coalition deems regressive is the marginal tax rate of 35% for workers.

“While TJC Ghana welcomes the review of the upper limits for vehicle benefits and the introduction of an additional income tax bracket of 35%, where it was before the NPP under His Excellency President J. A. Kuffour reviewed it downwards, the TJC Ghana believes that the GRA would require an increased effort and more independence to successfully implement this policy, especially for public servants and politicians. This marginal tax rate of 35% should not affect most salary workers, many of whom earn far less than the amount that attracts the rate, and should not be a worry to workers’ unions. In any case, income tax is a progressive tax, and the new rate targets persons who earn above a certain amount of income.”

The Coalition also called for transparency and the proper utrgrilization of taxes collected for the development of the country.

“As it is important to intensify Ghana’s revenue mobilization efforts, it is equally important to utilize the revenues in a way that will benefit the majority of Ghanaians. TJC – Ghana, therefore, commends the government for the proposals for expenditure cuts. However, TJC – Ghana is concerned that this government continues to reduce the threshold on earmarked funds (now proposed to reduce further from 25% of tax revenue to 17.5%) in order to free more funds for its discretionary expenditures, hence, defeating the purpose of these earmarked funds of spending on priority areas. The framers of the 1992 Constitution and subsequent legislators had very good reasons for introducing and maintaining these earmarked funds. Moreover, a freeze on public sector employment must not be generalized. What will be the impact on Agenda 111 if we construct hospitals and fail to staff them? Similarly, deprived community schools lack teachers and the freeze should not affect them, provided the teachers commit to staying in those schools for a reasonable period.”

The post Be sympathetic and stop the regressive taxing – Tax Justice Coalition appeared first on Citinewsroom - Comprehensive News in Ghana. 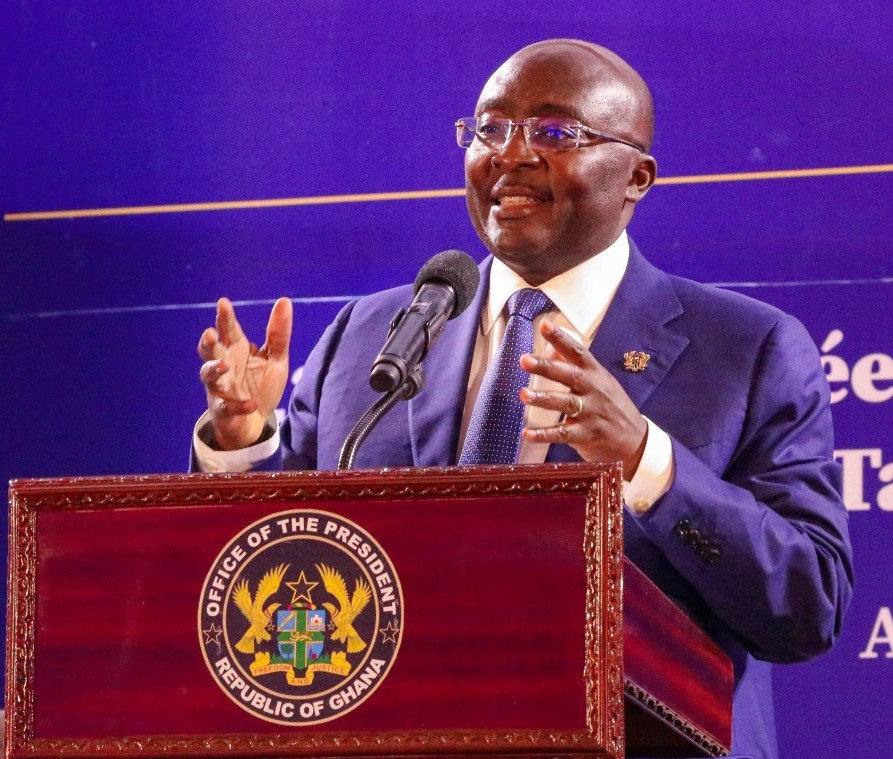 Millionaires back Oxfam’s call to redistribute wealth by taxing them