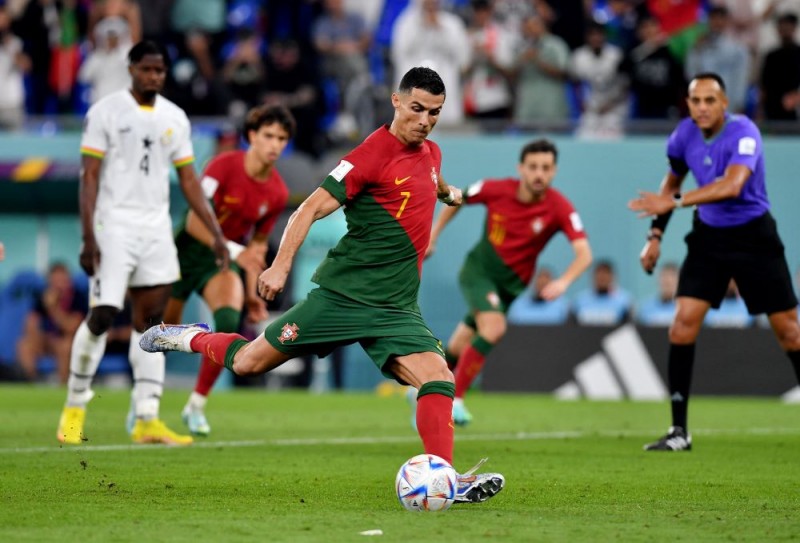 Cristiano Ronaldo has been hailed as a total genius by Fifa for winning a penalty for Portugal in their World Cup victory over Ghana.

The 37-year-old converted from the spot to become the first man to score at five different Fifa World Cups.

The Portugal forward, Cristiano Ronaldo, went down under a challenge from Southampton defender Mohammed Salisu in what appeared to be minimal contact.

However, amidst the criticism of the decision to award Portugal the spot kick, Fifa has praised the 37-year-old for how he was fouled.

Former Nigeria international Oliseh, who played at the 1998 World Cup, feels Ronaldo was clever in his movement to win the penalty that allowed him to score his 118th international goal.

He said, Strikers are becoming clever

Portugal won 3-2, but the awarding of the spot-kick outraged Ghana boss Otto Addo, who said it was not a penalty.

He told BeIN Sports: The referee gave a penalty which was not a penalty - everyone saw that. Why? Because it's Ronaldo or something?

The referee was not in our favor.

After 20 games in this tournament, nine penalties have been awarded, which is on track to reach the previous record of 24 that were given in the group stages in Russia four years ago.

Poland's Robert Lewandowski and Canada's Alphonso Davies have seen their efforts saved, while the remaining seven have been scored.

The Blackstars will take on South Korea in their game to secure a three point at the Education stadium on November 28, at 13:00 GMT