Let’s dispel myths surrounding Colostrum: It is the solitary nourishing food for Neonates

Let’s dispel myths surrounding Colostrum: It is the solitary nourishing food for Neonates

Colostrum is the yellowish sticky first form of breast milk that is released by the mammary glands after giving birth. It is nutrient-dense and high in antibodies and antioxidants to build a new-born baby’s immune system.

Colostrum begins during pregnancy and is continually produced for the first few days after a baby’s birth. It is thick, sticky, concentrated milk and is usually yellow, clear or white, though it could be other colors as well. It is made up of immune factors, protein, sugar, and fats.

Despite its benefits, some Ghanaians argue it is “dirty” and “stale” and should be discarded.

Meanwhile, nutritionists and healthcare professionals have said that colostrum is ideal for babies and develops their digestive tracts. It is also considered the first vaccination or immunisation a baby receives.

The Greater Accra Regional (GAR) Nutrition Officer, Mrs Faustina Vimariba Tour for instance, in an interview with the Ghanaian Times in Accra in April debunked such wrong perceptions regarding the feeding of newly born babies with colostrum.

Noting that colostrum was the perfect food for newborn babies, she stressed that it was the complete nutrition that the stomach of babies could easily digest.

She therefore urged nursing mothers not to discard them after delivery but give them to their babies within the first hour after delivery.

Similarly, Mrs Faustina Asantewa Ntiamoah, an 11-month nursing mother and Biomedical Laboratory Scientistin an interview with the paper recently in Accra encouraged expectant mothers to feed their babies with colostrum.

She said she fed her baby (Aseda) with it because of its (colostrum) nutritional and health benefits for the child.

”Colostrum is very good to give to your child, even though some see it as dirty, its nutritional values is  very good for the kids and we advise that every mother feeds the baby with the first breast milk because it is very healthy,” Mrs Ntiamoah stated.

“My advice to mothers is for them not to hand express and discard the colostrum. We should all just forget about the colour for it is tried and tested. And it is good,” Mrs Ntiamoah added.

She indicated that colostrum also prevented or reduced the child from getting neonatal jaundice, the yellowing of the skin and whitening of the eyes of newborns.

Stressing that colostrum differed in the composition of milk secreted later in lactation, Mrs Ntiamoah said colostrum was very digestible and more nutritious than normal milk.

The Biomedical Laboratory Scientist also underscored that colostrum was rich in iron and calcium, adding that the dieting of mothers was crucial to the production of colostrum.

OTHER BENEFITS OF COLOSTRUM FOR BABIES

Some other nutritionists and health experts who spoke with the paper noted that the giving of colostrum made babies more likely to survive than those who had their first breast milk after a day.

They indicated that colostrum also provided a powerful, unique immunity that helped babies’ learn to suck, swallow and breathe during feeding. It builds the baby’s immune system, provides concentrated nutrition and establishes a healthy gut by coating the intestines.

Preterm babies who took colostrum from their mother’s breast were said to be healthier than those who do not.

Again, research showed that colostrum safeguarded babies from infections as the maternal antibodies swallowed with the milk inactivated disease-causing bacteria within the digestive tract before they could start infections.

HOW MUCH IS ENOUGH?

The size of a baby’s stomach has been proven to be only a size of a marble, as such feeding it with say three teaspoons has been said to be okay.

A mother of three boys, Emelia Appiah who spoke with the paper on the subject matter said learning to suck and swallow milk was easier in smaller amounts, as such, if the baby could not nurse at first, mothers could hand express the colostrum so it can be fed to your baby.

Ms Appiah said the right amount of colostrum a nursing mother made was right for her baby as it was normal to make only one to four teaspoons of colostrum a day.

“The amount a baby drinks increases each day. Your milk supply will increase as your baby’s stomach grows so be sure to breastfeed your baby as often as he or she desires to help your milk supply start and remain strong,” she added.

WHEN DO I STOP PRODUCING COLOSTRUM?

Research showed that the body produced colostrum exclusively for about two to five days after birth. After this, “transitional milk” takes over – this is a mix of colostrum and more mature milk.

COULD THERE BE A POSSIBLE TRANFERRAL OF DISEASES THROUGH COLOSTRUM?

It has been advised that to prevent the transmission of diseases the offspring should not be allowed to nurse positive mothers diagnosed with harmful conditions.

The post Let’s dispel myths surrounding Colostrum: It is the solitary nourishing food for Neonates appeared first on Ghanaian Times.

GAWU: There is food in Ghana but locked up at the farm gates 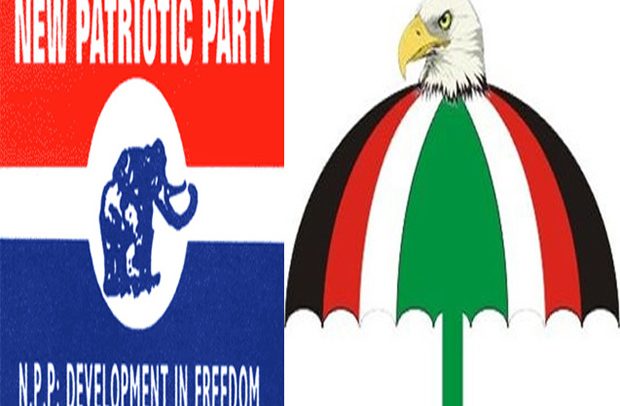