A vehicle was set ablaze and the bust of John Mensah Sarbah at the University of Ghana (UG), Legon, vandalised and taken away, when students affiliated to Commonwealth and Mensah Sarbah halls clashed,at the weekend.

It is unclear what sparked the inter-hall scuffle, which reportedly occurred on Friday and the early hours of Saturday, resulting in setting ablaze of a vehicle, injuries of students and damage to properties running into several of cedis.

An eyewitness account stated that the students of the Sarbah Hall celebrated ‘Sarbahfest,’ on Friday, and as part of the event embarked on a procession amidst singing and dancing.

A resident of Commonwealth Hall, reportedly went to Sarbah Hall wearing the Hall’s customized shirt(Lacoste) and was allegedly beaten up, following which he rallied his colleagues for a reprisal attack.

In the process, the vehicle parked at the Mensah Sarbah Hall car park was set ablaze and the bust of John Mensah Sarbah, situated in front of the hall, was taken away.

When The Ghanaian Times visited the campus, yesterday, morning, armed personnel of the Formed Police Unit (FPU) and the Accra Regional Police Command were seen deployed at vantage points on campus to maintain law and order.

Calm had been restored, but the burnt car was at crime scene while the bust of Mensah Sarbah had not yet been retrieved.

Students were crisscrossing the campus going about their normal duties.

Stones used as weapons by the students had been gathered by cleaners who were clearing debris caused by the destruction.

A police source disclosed to The Ghanaian Times that it has mounted a search to arrest the culprits.

Some students who spoke on condition of anonymity to the Ghanaian Times, expressed fear of reprisal attacks while others called on the police and authorities of the UG to ensure law and order to avoid disruption of academic work.

They said their colleagues, who were injured during the violence, had been admitted at the University Hospital.

The Inspector General of Police (IGP),Dr George AkuffoDampare, who visited the university, yesterday morning to get first-hand information, assured the students of police protection.

Meanwhile, a statement issued by the Registrar of the University, Mrs Emelia Agyei-Mensah, has condemned the acts of violence, called on students of the two halls to immediately halt any plan to perpetuate any acts of violence and warned that those who would flout the directive would be dealt with according to law.

The statement stated that efforts to identify the perpetrators were ongoing, and those found culpable of breaking national laws or university regulations, will be appropriately sanctioned.

It assured the university community that school management would put measures in place to resolve the issue, to ensure academic work.

“Management assures the university community of its resolve to ensure that academic work and other activities proceed without hindrance, and of its commitment to safeguarding peace and stability on all campuses of the University, ’’ the statement said.

BY ANITA NYARKO-YIRENKYI AND JONATHAN DONKOR 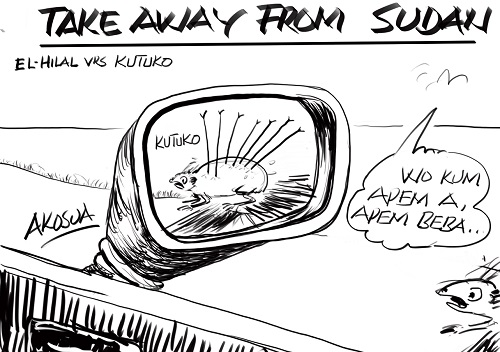 TAKE AWAY FROM SUDAN 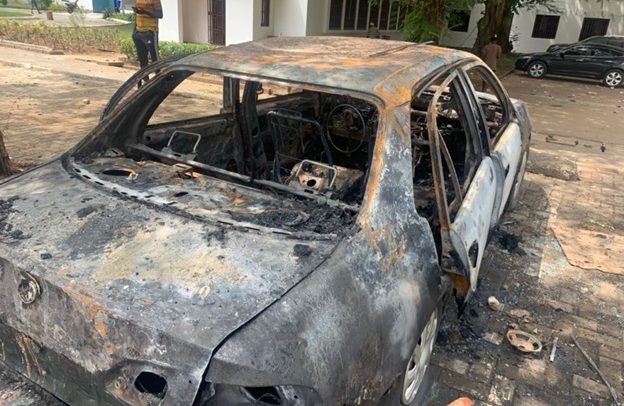