The Member of Parliament (MP) for Wa Central, Abdul-Rashid Hassan Pelpuo, has been elected as the new President of the African Parliamentarians Forum on Population and Development (APFPD).

The MP was elected at a General Assembly of APFPD, held last Thursday, in Addis Ababa, the Ethiopian capital, according to a statement issued by the group.

Senator Fredrick Outa of Kenya was also elected as Vice president of the APFPD.

The elected officials are expected to execute duties and carry out policy direction of the forum for a period of 3 years (2022-2025).

Mr Pelpuo in his acceptance speech acknowledged the role of partners in promoting the population agenda.

He called upon African countries to translate the International Conference on Population and Development. (ICPD) into “our home countries for people to have a meaningful life”.

Lunched in December 2012, the aim of the APFPD is to exchange and coordinate action in support of the ICPD beyond 2014 and to ensure parliaments assist in implementing the ICPD Agenda 2014 and Beyond by adopting initiatives in population policies and harmonisation of African legislation on Sexual and Reproductive Health and Rights.

At the Abidjan General Assembly meeting in 2014, the APFPD reaffirmed its purpose, as a regional body, to drive the agenda on population and development at both the national and regional levels.

Allies and strategic partners of the forum have confirmed their commitment to work with this continental body. 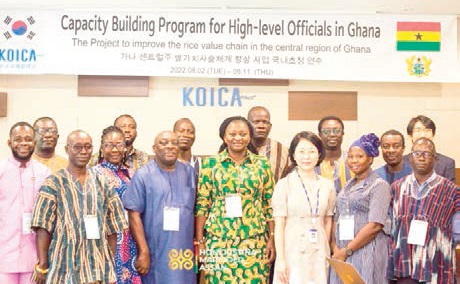