Ghana’s economy is rebounding strongly and the growth prospects look bright, Governor of the Bank of Ghana, Dr Ernest Addison, has said.

He said although inflation had gone up and was likely to increase in the near-term, the growth prospects of the economy look bright.

Dr Addison was speaking at a news conference in Accra yesterday after the 106th regular meeting of the Monetary Policy Committee (MPC) of the BoG to announce a new policy rate.

The policy rate basically is the rate at which the BoG lends to commercial banks in the country.

The BoG hiked the policy rate by 200 basis points (two per cent) to 19 from 17 per cent on the back of rising inflation and elevated global price pressures.

Dr Addison, who chairs the MPC, said data from the Ghana Statistical Service showed that the economy had rebounded strongly from the impact of the COVID-19 pandemic, stemming largely from all the policy measures that were put in place to forestal a recession.

“This is evidenced by the strong real Gross Domestic Product (GDP) growth outturn of 5.4 per cent reported for 2021, compared with 0.5 percent in 2020. Non-oil GDP grew at a stronger pace by 6.9 percent in 2021, significantly up from 1.0 percent in 2020. The strong pick-up in economic activity, was largely driven by the services and agriculture sectors,” he said.

He said the BoG’s high frequency indicators confirmed the pick-up in the economy.

He stressed that “All these are resulting in a closure of the negative output gap,” stressing the “The banking sector remains robust, with sustained growth in total assets, investments and deposits.”

The Governor, however, indicated that  business and consumer confidence have dipped, reflecting the sharp depreciation of the currency and the general high inflationary environment, which has resulted in higher input costs for businesses.

“A quick turnaround, with more confidence building measures to counter these conditions, would provide further boost to the real economy,’ Dr Addison stressed.

On fiscal policy implementation, the Governor said the Committee observed that execution of the budget for the first quarter was broadly in line with targets although there was a minor deviation in the deficit target, stemming largely from low revenue receipts. 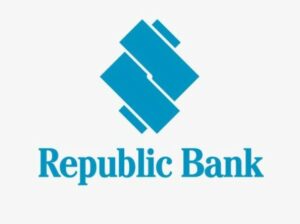