A video of a man who was flogging a toddler went viral on social media two days ago.

Several conflicting reports have emerged over the incident, with some saying the purported suspect, who allegedly happens to be the child’s father, has been arrested, together with his wife, on Wednesday afternoon at Akaa Buem, in Jasikan of the Oti Region.

Interestingly, The Chronicle has also sighted a circular purported to be coming from the Ghana Police Service, which said no confirmed arrest had been made in connection with the case, and that their intelligence team and experts from the Police Cyber Crime Unit were working around the clock to resolve the case.

The police said they were counting on the public for further information that could help in the search to rescue of the child and arrest of the perpetrator.  The Chronicle, at the time of going to bed, contacted the Police Headquarters and was informed that no information on the arrest had reached them.

As part of efforts to bring the perpetrator to book, a GH¢17,000 bounty had been placed on the suspect’s head by three entities – the Ghana Police Service GH¢2,000, Child Right International GH¢10,000 and Givers Herbal GH¢5,000.

Sadly, in the midst of all these, the Department of Social Welfare, under the Ministry of Gender, Children and Social Protection (MGCSP), which has been assigned the statutory function in the field of children’s rights promotion and protection, has not issued any statement to that effect.

The Department of Social Welfare is supposed to work in partnership with people in their communities, through the promotion of social development with equity for the disadvantaged, the vulnerable, and persons with disabilities.

Meanwhile, what the public has witnessed is one of the unreported cases of child abuse, and it is unfortunate that Social Welfare is mute.

The United Nations International Children Emergency Fund (UNICEF) has estimated that the total number of children who have been physically or emotionally abused stood at 3.4 million in Ghana.

It added that the financial cost of child abuse in the country was estimated at more than US$200 million a year, or 1 per cent of Ghana’s Gross Domestic Product (GDP).

These are the very reasons that make us concerned over the Department of Social Welfare’s quietness over the matter. The trauma this child has endured will go a long way to affect him physically and emotionally later in life.

Research has shown that children from abusive homes are likely to become abusive or bullies, as ways to express their anger.

It is on this basis that we want the Department of Social Welfare to step up its game and move closer to the people and rescue vulnerable children when the need arises. The Department should be visible and a first point of call in cases of child abuse.

The post Editorial: Social Welfare must up its game to protect children appeared first on The Chronicle News Online.

Editorial: Traditional bonding at its peak in Anglo 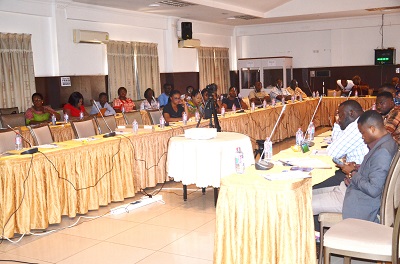 COPEC, IES project prices of petrol, diesel to fall …but expect price of LPG to go up

Editorial: DR Congo’s allegation against Rwandan must be probed by AU