Guns boom on the mountains 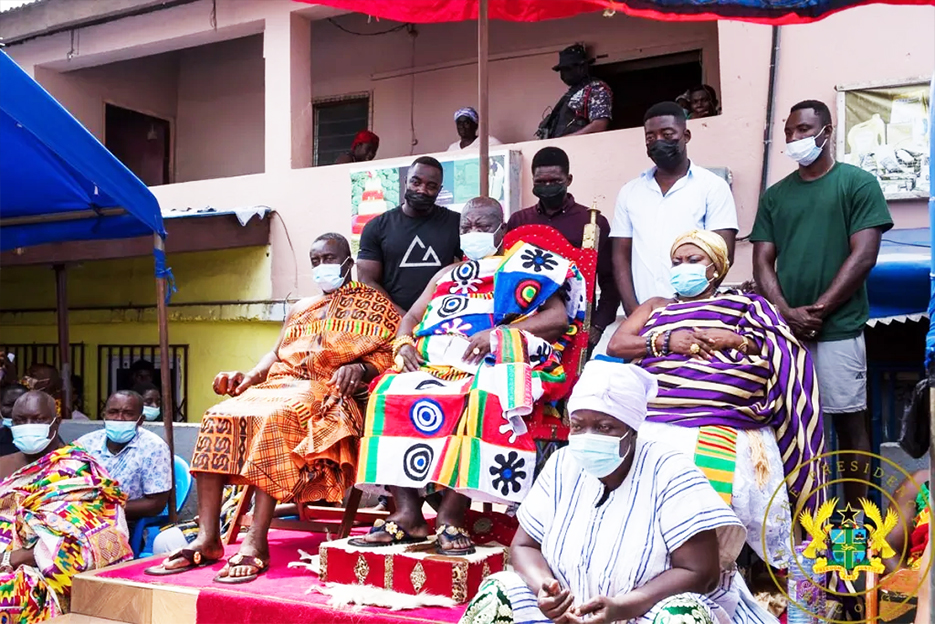 Guns boom on the mountains

A section of residents in the Akuapim North Municipality in the Eastern Region are seething  with rage following a shooting incident that occurred at Akropong, the Municipal capital last week Saturday, resulting in one person sustaining serious injury. The victim was reportedly rushed to the Tetteh Quarshie Memorial Hospital for medical attention.

The Chronicle’s checks indicated that the shooting incident happened at a one-week funeral observation of the Family Head of the Queenmother for the Okuapem Traditional Area, Nana Obou Nketiah.

The Baamuhene of Akropong, Nana Afari Bampoe, and his traditional warriors who were reportedly not happy with the organisation of the funeral, stormed the venue amid the firing of guns to disrupt it, and this resulted in a violent confrontation.

The police, however, intervened and succeeded in maintaining law and order in the area.

Our police source contacted at the Regional Police Headquarters in Koforidua confirmed the shooting incident, but said they were waiting for an official report from the District Command before making any public statement on the incident. 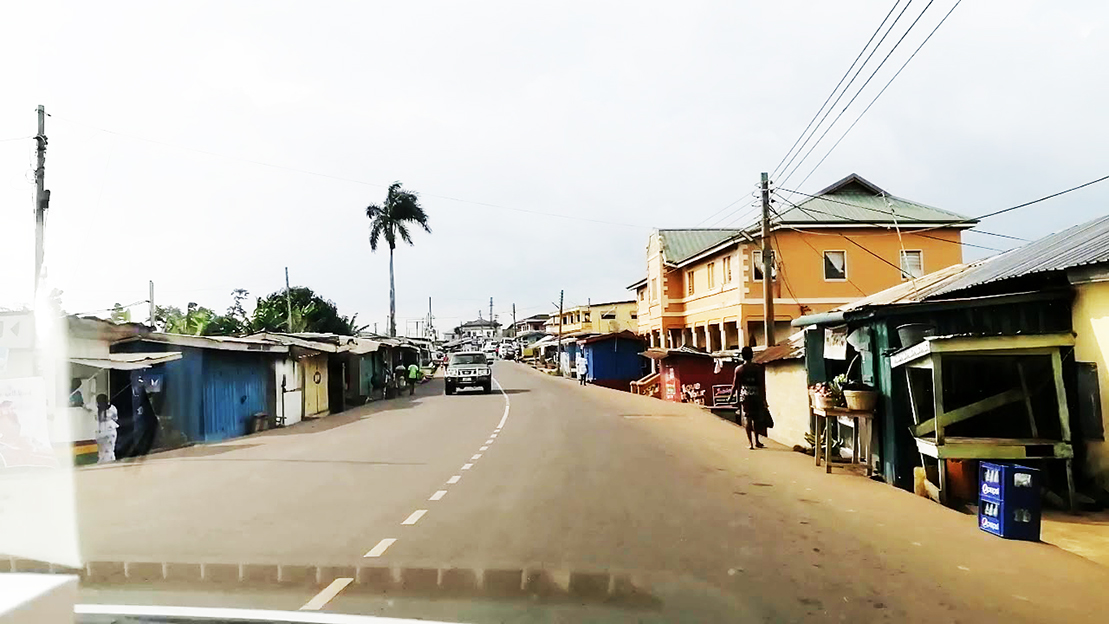 Meanwhile, there was still tension in the traditional area, as a group of men had besieged the premises of the Baamuhene in an attempt to seek revenge.

It would be recalled that the traditional area, on Wednesday August 3, 2022, placed a ban on noise-making for six weeks, ahead of the Odwira Festival to be celebrated from 12th to 18th September, this year.

The Odwira Festival, which commemorates the victory of the Akuapem people at the Great Akantamansu War in 1824, also seeks spiritual purification, unity, cultural revival, community development, political stability and promotion of tourism in the area.

The traditional rite (Adaebutuw) was performed by the Okuapehene, Oseadeeyo Kwasi Akuffo III, with his sub-chiefs at the palace on the evening of Wednesday August 3, 2022.

The “Adaebutuw” observance is a period of retreat from the Stool House and the stools and all forms of noise-making activities are banned.

The period of Adaebutuw is observed from the eighth Awukudae counted six weeks (Adaduanan) before celebrating Odwira, and persons who flout the ban on noise-making are summoned and fined to slaughter sheep to pacify the gods. 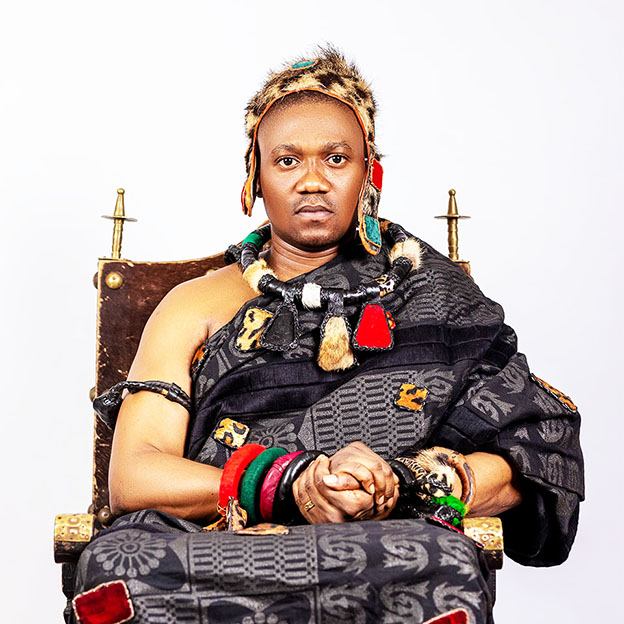 It is based on this traditional ban, that the Baamuhene of Akropong, Nana Afari Bampoe, and his traditional warriors, who saw the action of the Queenmother and her cohort as a total affront to custom and tradition, stormed the venue amid gunshots to disrupt the one-week observation.

In a related development, the Chief of Aburi, who is also the acting President of the Akuapim Traditional Council, Nana Otuobour Djan Kwasi II, has denied media reports that this year’s Odwira Festival of the chiefs and people of Okuapeman had been cancelled.

“This is completely misleading reports and misrepresentation of the facts by the media practitioners to the Ghanaian public,” Nana Otuobour Djan Kwasi said in an interview with The Chronicle.

According to him, the Akuapim festival had not been put on hold, and that they were going to celebrate the festival quietly without carrying various chiefs in the palanquins.

“Under normal circumstances, on August 3, Okuapeman will celebrate Adae Festival, then on September 14, perform the necessary customary rites for Okuapehene, Queenmother or Okoman to pave way for the Odwira Festival.

“However, due to the chieftaincy dispute, we can’t celebrate it in [a] flamboyance style. So this does not mean that we have cancelled the festival as it was reported by the media practitioners,” Nana Otuobour Djan Kwasi II clarified.

He explained that per customs, it was the Okuapehene who is to perform the traditional rite to open the Odwira Festival for all other divisional chiefs to celebrate accordingly in their traditional areas before a big durbar is held, but because of the pending case against the Okuapehene by the Queenmother of the Akuapim Traditional Area, Nana Afua Nketiaa Obuo II, at the National House of Chiefs, “we can’t celebrate the festival.”

The Acting President of the Traditional Area stated that Nana Afua Nketiaa Obuo II protested that she would not allow the Okuapehene, Oseadeeyo Kwasi Akuffo III, to ascend the Stool for which the case was currently being pursued by the Judicial Committee of the National House of Chiefs.

He explained that the Judicial Committee invited the two feuding factions this month, and the expectation was that the issue would be settled, but he case was rather adjourned.

The development, he noted, had deprived Oseadeeyo Kwasi Akuffo III off the capacity to perform the traditions and customs for the Stool.

He pointed out that the Okuapehene, being the Paramount Chief of Akuapim, must legally secure his gazette from the National House of Chiefs.

“So when all the matters are resolved, and the Okuapehene, Oseadeeyo Kwasi Akuffo III, is accepted, he would now qualify as the legally, traditionally, and customarily installed Paramount Chief to represent the Akuapim Traditional Council in the NHC and other state programmes,” he noted.

He pointed out that the chieftaincy position of Okuapehene was very high, but because of the pending issue on his chieftaincy status that was the reason they asked him not to be performing any traditional rituals which would land him in contempt.

According to Nana Otuobour Djan Kwasi II, when the traditional office holders in the area got hint of the intended plan by the Okuapehene, Oseadeeyo Kwasi Akufo III, to celebrate the festival, they advised him to.