The increasing rate of terrorist attacks,  piracy and maritime destabilisation in the Gulf of Guinea have troubled the Chairman of the Economic Community of West African States (ECOWAS) and President of Ghana, Nana Addo Dankwa Akufo-Addo.

He has, accordingly, called on the Commission to work to combat those acts, which he explained, are affecting trade in the Community.

To President Akufo-Addo, these acts must be tackled promptly as it increases the cost of imported products.

The Chairman for ECOWAS, was giving his welcome address at the just ended 59th Ordinary Session of the ECOWAS Authority of Heads of State and Government, held in Accra over the weekend.

Though President Akufo-Addo did not give any statistics on the issue, latest figures from International Maritime Bureau (IMB) indicated that in the first three months of this year, the Gulf of Guinea accounted for nearly half (43%) of all reported piracy incidents.

President Akufo-Addo, in his address, had raised concern over deadly terrorist attacks and kidnappings in the region, before closing in with the maritime.

“Unfortunately, we are still confronted with serious security challenges with deadly terrorist attacks and kidnappings, not only in the frontline countries, namely Mali, Nigeria, Burkina Faso and Niger, but also in the coastal countries of our Region, such as Cote d’Ivoire.

Recently, the terrorist attack, which resulted in the death of some one hundred and thirty-two (132) civilians, including children, in Burkina Faso, on 5th June, is the latest such outrage.”

He continued: “We must also pay urgent attention to the growing threat to maritime security in our Region. Acts of piracy and maritime destabilisation are on the rise in the Gulf of Guinea, thus affecting trade in our Community and increasing the cost of imported products.

“We must operationalise the maritime centres we have established in the Region and agree on the way forward to combat these acts of piracy. We cannot hand over control of the Gulf to pirates.”

Aside from the two issues above, the meeting was also to delve into and take decisions on violent extremism, democracy, peace and security, health and the fight against the COVID-19 pandemic and the rapid economic recovery of our Region from the effects of the pandemic.

The meeting was also to give the Heads of State and Government the opportunity to discuss the political situation in Mali, with a view to assessing the progress made since their last decisions taken at the Emergency Summit; the meeting which suspended Mali from the Organisation, pending the restoration of democratic rule.

On COVID-19, he encouraged the Community to contribute to the global discourse on access and availability of vaccines for all the peoples of the world.

While acknowledging the delivery of some vaccines to all the countries in the Region, through the COVAX initiative, President Akufo-Addo noted, however, that the quantities received are woefully insufficient.

He, therefore, urged member states to continue to work on the purchase and production of vaccines in the region. Further, he also asked the Commission to encourage Members of the Community; Nigeria, Senegal and Ghana, which are making the effort to produce their own vaccines, stressing that “we cannot afford to be naked the next time.”

Having informed the summit of Ghana’s election to non-permanent seat on the United Nations Security Council 2022-2023, he assured that the voice of the Region will be made known.

He continued that: “Africa’s Common Position on UN Reform, based on the Ezulwini Consensus, is one matter Ghana is determined to urge on the global agenda. We will work to solicit the backing of countries around the world for this long. We believe it is time to correct the longstanding injustice that the current structure and composition of the UN Security Council represents for the nations of Africa.”

The summit heard in closed-doors a report from the ECOWAS Mediator on the Malian Crisis, Goodluck Jonathan, former President of Nigeria and the President of the ECOWAS Commission, Jean-Claude Kassi Brou.

But at the opening ceremony which preceded the closed-door session, Mr Jean-Claude, the Commission’s President, stated that on the political front, the Region has just completed an electoral cycle with seven presidential elections and several legislative elections in 14 months, describing it as “strengthening our democratic gains.”

“However, the socio-political crisis in Mali remains a concern given the risks of instability for that country and the Region. It is, therefore, imperative that the decisions you took at the Extraordinary Summit in Accra on 31 May 2021 are implemented, particularly with regard to adhering to the 27 February 2022 date for presidential elections,” he added.

Another Akufo-Addo minister in trouble over alleged procurement breach 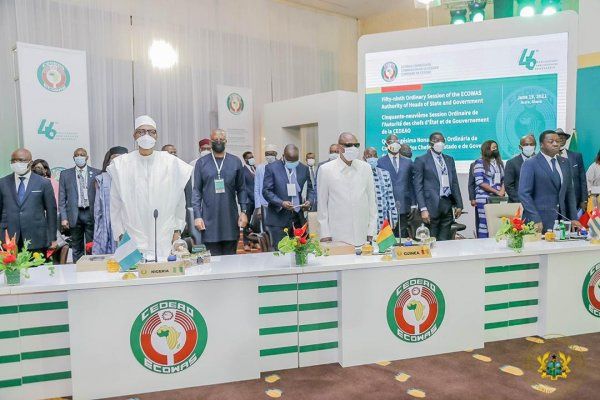 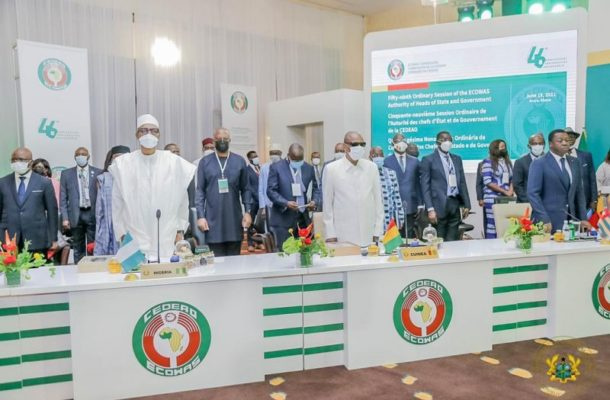 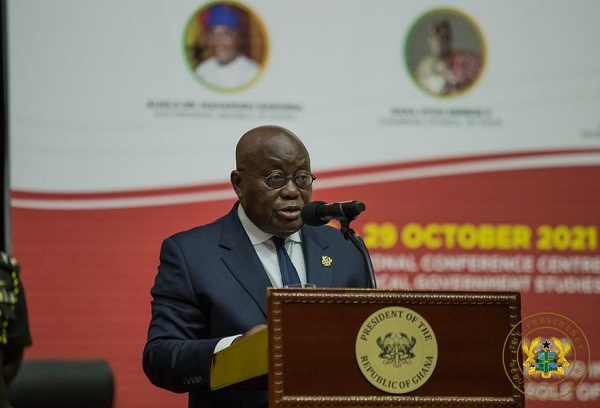