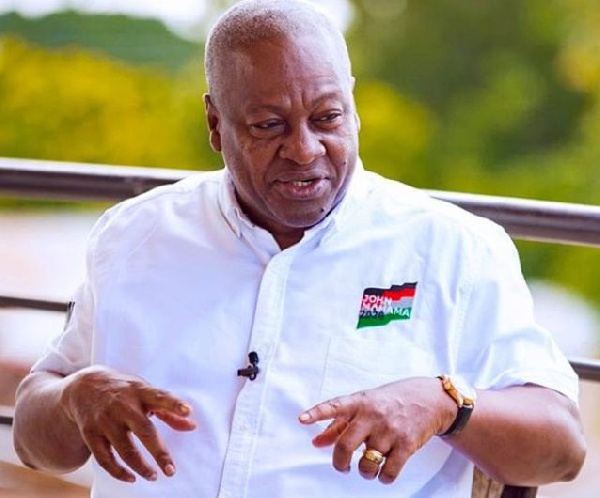 Among those stations were pro-National Democratic Congress stations – Radio Gold and Radio XYZ – whose operations were terminated under the current government for failure to settle some statutory payments.

Mahama is also worried that the NCA, which should ordinarily promote the growth of media outlets had rather turned into the hunter, crippling these outlets for offences that could have been sorted amicably without the extreme measure of closure.

“Radio Gold for example had been asked to pay 53,000 cedis for their license. Where will they get that money for a station that has been closed for God knows how long?

“It took my fundraising effort to get the funds for them to settle the cost to be able to get back into operation. It is not Radio Gold alone, several of those that were closed were slapped with these huge fines,” he submitted in an interview on Power FM / TV XYZ.

“They could have even been asked to pay in instalments. The order was that they needed to settle the amount within 60 days,” he appealed further.

Last month, the newly inaugurated governing board of the NCA under the chairmanship of Isaac Emmil Osei-Bonsu, has approved the licence applications placed in by Radio Gold, Radio XYZ and 131 others.

In a press statement, the NCA noted that two stations that applied for renewal and others, including Radio Gold, Radio XYZ which were shut down in 2019 have their licenses renewed.

“The Governing Board of the National Communications Authority (NCA), at a Board meeting held on 11th October 2021, approved the grant of a total of One Hundred and Thirty-Three (133) FM radio broadcasting authorizations which include new applications from entities whose FM radio stations were closed down after the 2017 FM Audit as well as existing stations which applied for renewal of their expired FM Radio broadcasting authorizations,” part of the release said.

The statement added that the applicants who have their licenses renewed will be obliged to attend a sensitization workshop on the terms and conditions of FM radio broadcasting authorizations in Ghana.

The workshop will give the applicants insight into the legal, regulatory and technical requirements for the establishment of radio stations in the country. Read Full Story
Advertise Here contact ads[@]ghheadlines.com
Related Items news
news