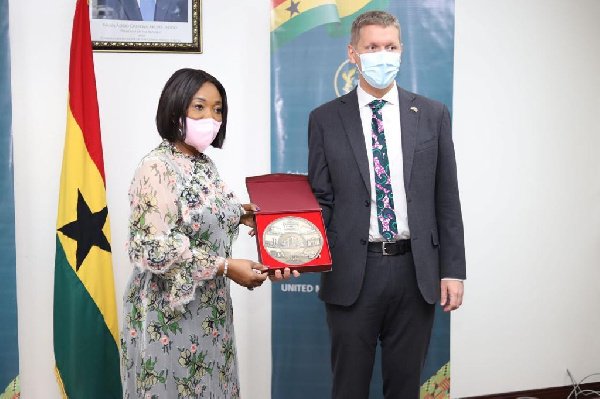 Prior to that, he served as a Board Member of the Foreign, Commonwealth and Development Office in London as its Director of Finance and Strategy.

During the meeting, the Minister congratulated the High Commissioner on the successful completion of his official duty tour.

She acknowledged that bilateral relations between Ghana and the United Kingdom witnessed active engagements and growth during the tenure of the High Commissioner, who discharged his duties creditably with a high sense of purpose and tenacity.

The Minister applauded the High Commissioner for his exemplary work, which resulted in a number of high-level official visits to Ghana, including the visit by the Prince of Wales, Prince Charles and his wife, Camilla, Duchess of Cornwall, in November 2018.

Others are Mr James Duddridge, Minister for Africa at the Foreign, Commonwealth and Development Office of the United Kingdom, in January 2021.

Other visits were by Mr James Heappey, UK Minister for Armed Forces in February 2021 and the just-ended visit of Madam Priti Patel, UK Secretary of State for Home Department from 1st to 2nd June, 2021.

Madam Ayorkor Botchwey mentioned that Ghana and the UK had signed the Interim Trade Partnership Agreement, which was expected to provide duty free and quota-free access for Ghana to the UK market and the same preferential tariff reductions for British exporters into the Ghanaian market.

She added that relations between Ghana and the UK in the area of security had moved a notch higher during his tenure of office.

The Minister hailed the instrumentality of the High Commissioner in the establishment of the Ghana-UK Business Council in 2018 to promote bilateral relations and strategic partnerships between the private sectors of Ghana and UK trade and investment.

She acknowledged the immense contribution that the UK had made and continued to make towards the socio-economic development of Ghana and highlighted the commendable work of the UK’s Department for International Development (DFID) in working closely with Government to reduce Ghana’s reliance on UK aid, by improving domestic tax mobilization and improved management of the economy.

Others are helping over 900,000 poor and vulnerable Ghanaians to lead safer, healthier and more prosperous lives through various social intervention initiatives.

And supporting Ghana’s industrialization and economic transformation agenda, which are critical to strengthening Ghana’s economic resilience and unlocking its ambition of the Ghana Beyond Aid agenda.

The Minister expressed appreciation to the High Commissioner for his efforts in ensuring UK support for Ghana’s fight against the COVID-19 pandemic, highlighting the UK’s pledge of a £450,000 support package to help Ghana's Pharmaceutical Sector to adapt and build back better in the wake of COVID-19 and its commitment to continue to offer public health epidemiological modelling support.

She said the Ambassador had contributed to the enhancement of cooperation between Ghana and the UK and would be sorely missed by the Ghanaian populace.

She expressed the hope that Mr Walker would be an advocate of Ghana wherever he found himself.

She assured the out-going High Commissioner of the determination of Government to transform the Ghanaian economy through value addition and export-oriented growth with the private sector as the main player, and expressed hope that he could be relied on as Ghana's Ambassador-at-large in canvassing support for the country.

She also assured the High Commissioner of Government's resolve and commitment to the promotion of democracy and good governance and the pursuit of peace and security within the West African region and the continent at large.

On his part, Mr Walker said it was great to be a High Commissioner in Ghana, saying "I have enjoyed my tenure here in Ghana".

He said during his tenure there were a number of areas in which the two nations engaged in bilateral cooperation and in multilateral fora.

He said his success, Madam Harriet Thompson, who is the first female British High Commissioner to Ghana, would soon arrive in the country to assume duty. 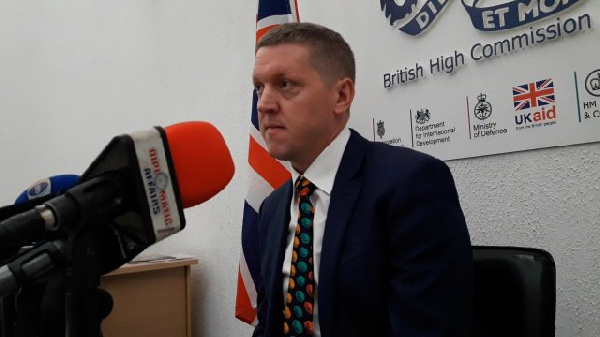 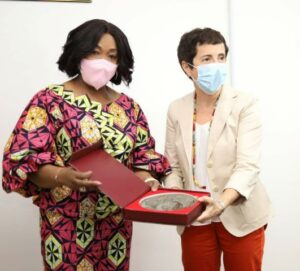 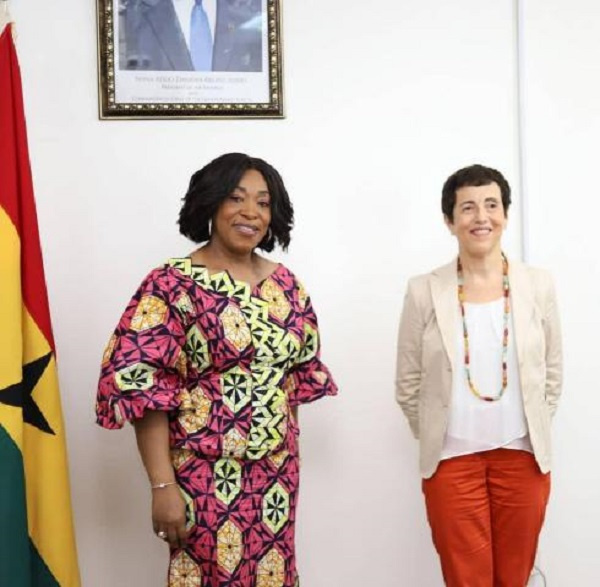 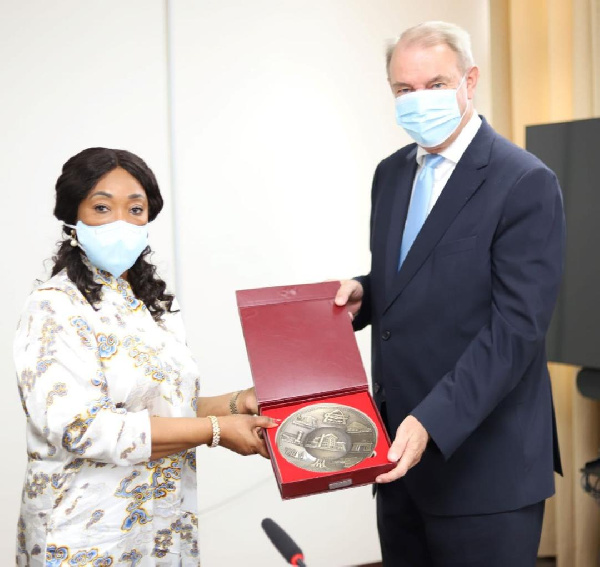 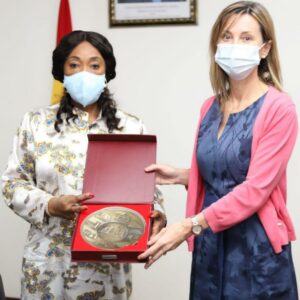 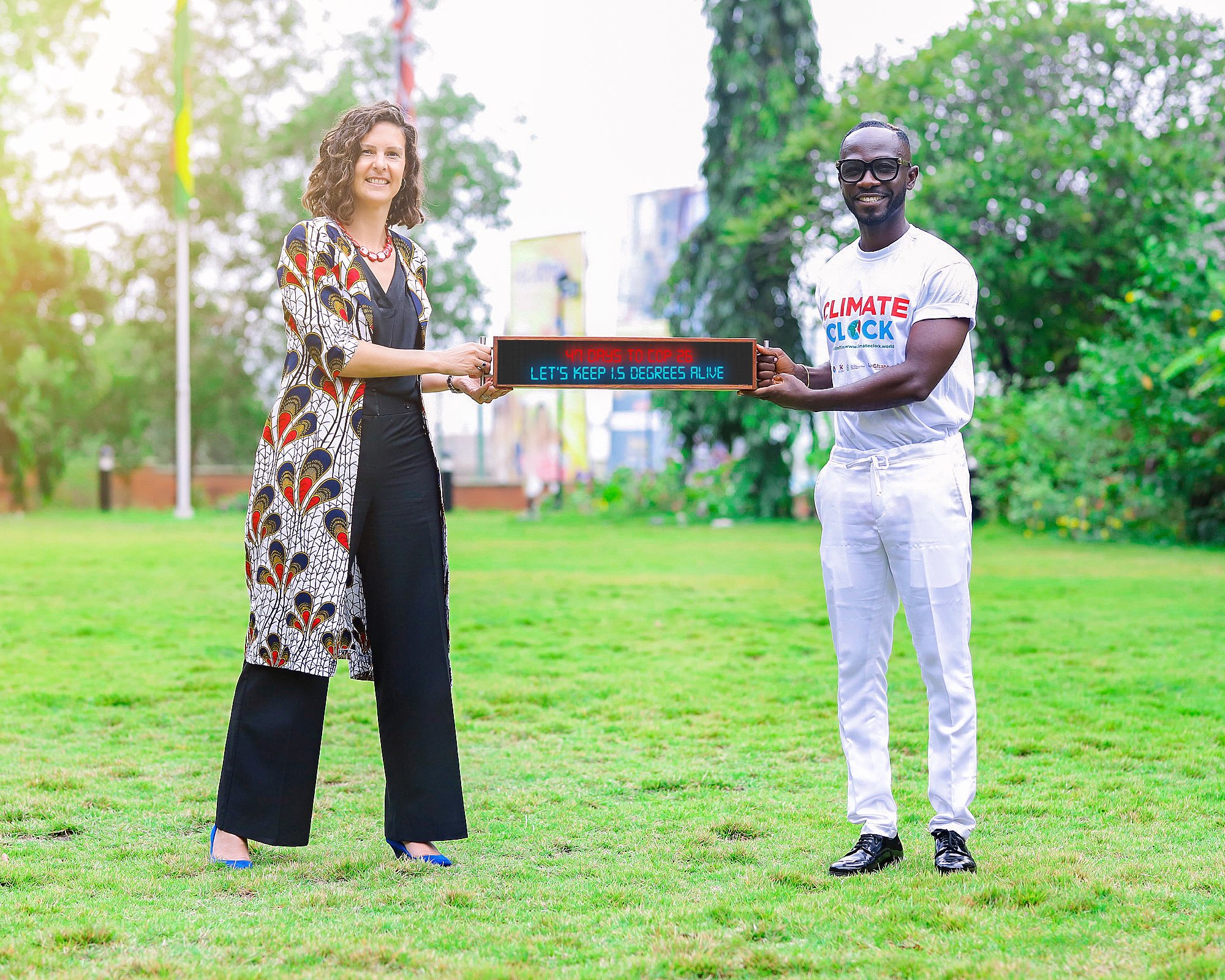