Ghana to be removed from EU money laundering list in June

Ghana to be removed from EU money laundering list in June

•The EU's taskforce and that from Ghana will meet to discuss the modalities towards the realization of this initiative.

The European Commission, EU, will in June 2021 remove Ghana from the list countries deficient in Anti-Money Laundering and Terrorism Financing.

A statement signed by the Acting Director of Communications at the Presidency, Eugene Arhin, said the global watchdog for anti-money laundering and terrorism financing, the Financial Action Task Force is expected to in June 2021 take Ghana off the list.

“It is expected that the Financial Action Task Force, the global money laundering, and terrorist financing watchdog will in June 2021, announce that Ghana has been taken off its list of high risk, third world countries with strategic deficiencies in Anti Money Laundering and Countering of Terrorism Financing,” the statement read.

The EU’s taskforce and that from Ghana are expected to soon meet to discuss the modalities towards the realization of this initiative.

The European Commission has also selected Ghana as the possible manufacturing hub for COVID-19 vaccines.

According to the European Commission, Ghana has already taken initiatives and demonstrated goodwill towards domestic manufacturing of the vaccines.

Why the EU blacklisted Ghana:

The EU Commission announced in May 2020 that Ghana was among 12 countries that posed “significant threats” to the EU’s financial system, due to deficiencies in anti-money laundering and counter-terrorist financing strategy.

According to the EU, the weaknesses identified posed a serious risk to their financial system hence the action, based on recommendations from the Financial Action Task Force.

Ghana’s Finance Ministry in a statement at the time described the action as surprising and unfortunate, especially when government claimed that they had already steps to address all the issues, identified by the task force.

The action came with some scrutiny for Banks in Ghana dealing with their counterparts in Europe.

Read the full statement below 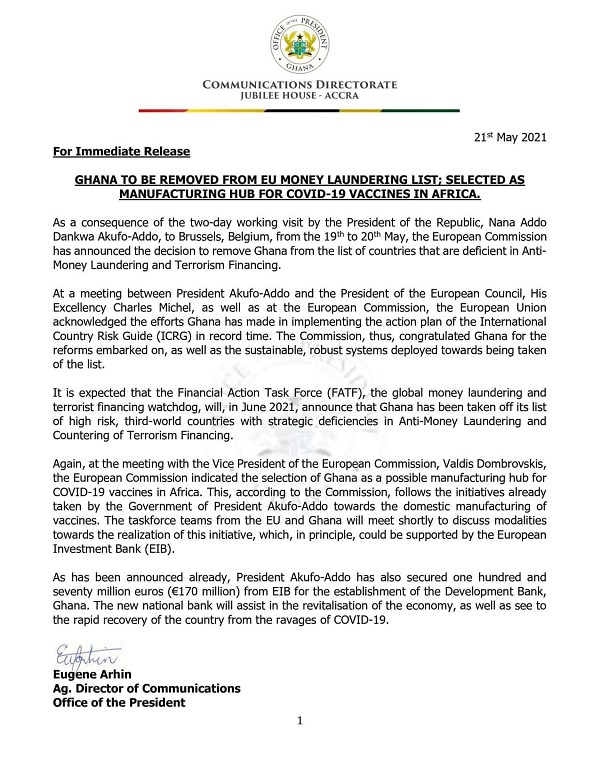 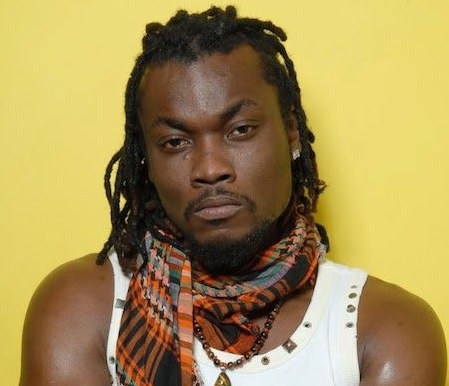