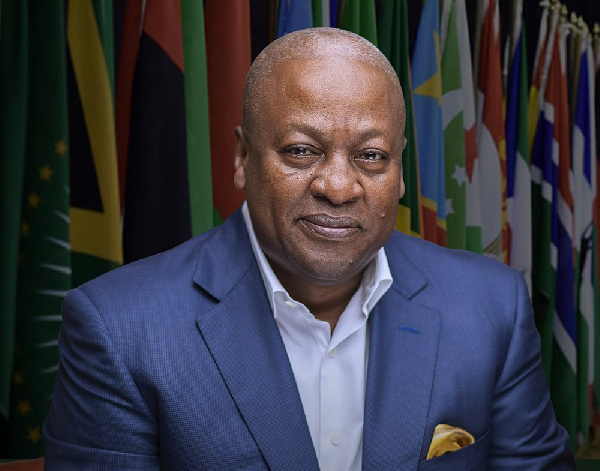 Ghana Web
The African Union Commission, AUC, has rejected a request from the Federal Government of Somalia, FGS, to delay the deployment of John Dramani Mahama as a political mediator for the country's electoral crisis.

Local news portal, Garowe Online, reports that the government had applied to the AUC to delay Mahama's arrival but the Commission turned down the request by Villa Somalia, the presidency.

The AU's reason according to reports was that the appointment of Mahama was the decision of all member states and not because Mogadishu had specifically put in a request.

The portal adds that the Federal Government has since made a U-turn and rejected Mahama's deployment, that he was not welcome.

"Villa Somalia's request to delay Mahama's arrival suffered a significant blow on Monday after the African Union insisted that "sending a special envoy was agreed upon by the A.U member states and not through the Somali government's request."

"While Garowe Online cannot authoritatively confirm the rejection claims, it can, however, report that Villa Somalia wrote back to the African Union condemning the decision to reject its request, adding that Mr. Mahama is no longer welcome to the country for mediation duties," their report added.

A new round of political mediation is slated for May 20 as the Horn of Africa nation looks to find an amicable solution to a crisis that has been occasioned by the expiry of President Mohamed Abdullahi Mohamed Farmajo's tenure early this year.

The current process is led by Prime Minister Mohammed Roble who was tasked by the president to lead mediation talks with the Federal Member States and other stakeholders towards a political solution.

Mahama was appointed last week by the continental bloc to mediate between the Somali government and political actors and civil society to agree on a roadmap for the next presidential vote.

His appointment had initially been warmly welcomed by the government and bloc of opposition presidential aspirants who hailed the former president as a good choice. Read Full Story
Advertise Here contact ads[@]ghheadlines.com
Related Items news
news 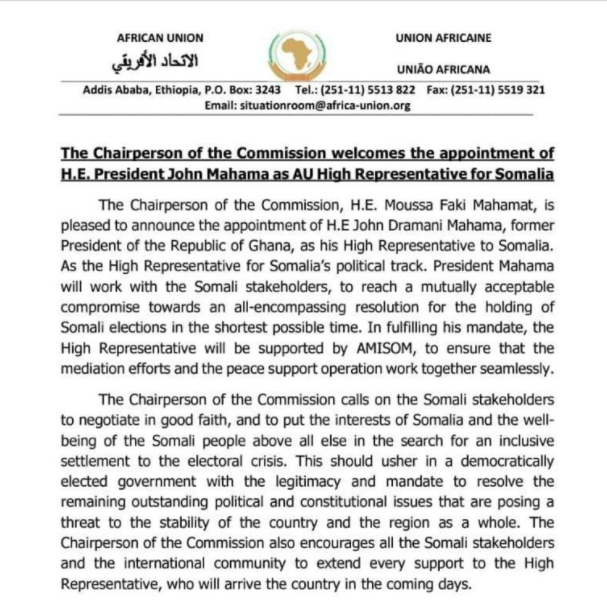 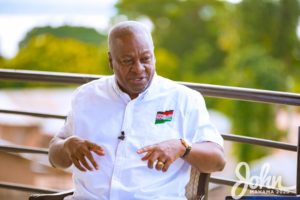