GJA, MFWA to pile up pressure on govt to find killers of Ahmed Suale

GJA, MFWA to pile up pressure on govt to find killers of Ahmed Suale

Ghana Web
The Ghana Journalist Association (GJA) and the Media Foundation for West Africa (MFWA) will be joining private investigative body, the Tiger Eye P.I. to pile up pressure on the government and the state security agencies to find the killers of investigative journalist, Ahmed Hussein Suale.

There is going to be a forum today Monday 18 January on the increasing levels of election-related threats and attacks against journalists as well as the second anniversary of the assassination of the investigative journalist Ahmed Suale.

The forum will discuss measures to stem the tide of attacks against journalists and also push for justice for the assassination of Ahmed Hussein Suale, according to a release was signed by the president of the Ghana Journalist Association (GJA), Affail Monney.

It has been two years since the assassination of the seasoned investigative journalist Ahmed Hussein-Suale in Madina, Accra on 16 January 2019, without the police arresting the culprits to face the full rigours of the law.

In 2019, President Nana Addo Dankwa Akufo-Addo assured that the killers will be found and be made to face the full rigours of the law.

Speaking at the Annual Bar Conference in Takoradi, the President assured Ghanaians of his commitment to resolving the murder involving the investigative journalist.

“Crime is Crime, our law enforcement agencies are required to ensure that perpetrators of crime are rapidly apprehended and prosecuted. Strenuous efforts are being made to find the killer or killers of Ahmed Suale, who will be found and made to face justice,” he said. Read Full Story
Advertise Here contact ads[@]ghheadlines.com
Related Items news
news 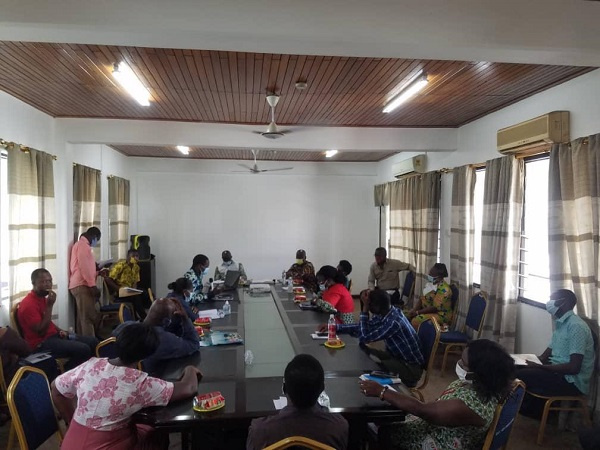 Government sets up committee to ensure vaccine development in Ghana

LIVESTREAMING: Akufo-Addo’s 24th address to the nation on measures to fight coronavirus

FULL TEXT: Akufo-Addo’s 24th address to the nation on measures to fight coronavirus