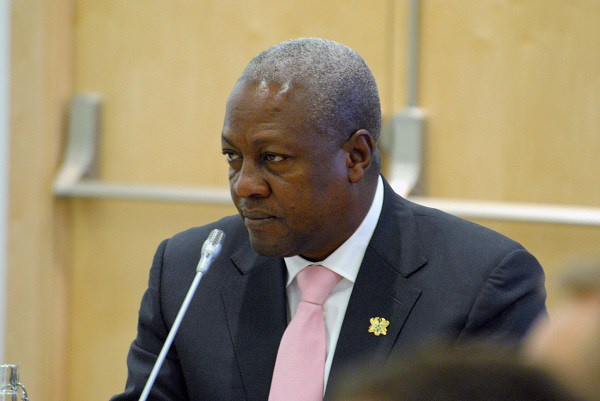 The flagbearer of the National Democratic Congress is still contesting the 2020 presidential election which saw the Electoral Commission declaring the New Patriotic Party's flagbearer, Nana Addo as the winner of the race.

Mr Mahama in an interview described the electoral process as "fraudulent" calling for re-election. The NDC on December 30, 2020, petitioned the Supreme Court over the December 7 presidential elections.

The absence of Mr. Mahama did not come as a surprise to many as the NDC Members of Parliament had earlier revealed that they were going to boycott today's inauguration.

The former president earlier today congratulated Alban Bagbin from the NDC who was today elected as the new Speaker of Parliament.

Granite mining to take off at Dzodze soon