Togbe Afede kept away from Farmers’ Day at Ho 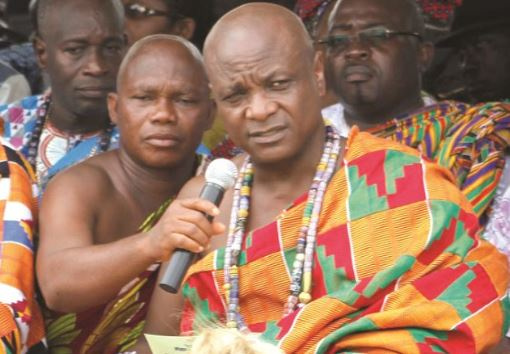 Togbe Afede kept away from Farmers’ Day at Ho

Ghana Web
President Akufo-Addo and the Paramount Chief of the Asogli State, Togbe Afede XIV, appear to be in an open warfare to the extent that the respected traditional ruler last Friday, boycotted this year’s National Farmers’ Day celebration, which incidentally was held in his home, Ho –Volta Region.

The 35th National Farmers’ Day celebration themed ‘Enhancing Small Scale Agriculture Towards Agribusiness Development’, was graced by the President, Ministers of States and other prominent people from that region, but Togbe Afede XIV, who is also the President of the National House of Chiefs, was not present.

Interestingly, the Awormefia of the Anlo State, Torgbui Sri III, served as the chairperson for the occasion held at the Ho Jubilee Park, but speculations are rife as to why the prominent chief, was conspicuously missing from the ceremony which saw 58-year-old, Charles Gyamfi from the Tano North District of the Ahafo Region, adjudged the 2019 National Best Farmer.

Although, no official reason has yet been assigned to Togbe Afede’s absence from the annual event, but some have begun citing their own reasons, and many are of the view that, Togbe Afede’s absence, could be as a result of his principled stance on the botched December 17 referendum, which the President was forced to call off for lack of consensus.

The National House of Chiefs, is a responsible body of eminent chiefs from across the country and they are a symbol of traditional and national cohesion, and its President, should have been the right person to grace the occasion but this not the case.

Those who attended were the Volta Regional Minister, Archibald Yao Letsa, the Minister for Food and Agriculture Owusu Afriyie Akoto, Minister for Fisheries and Aquaculture, Elizabeth Afoley Quaye, traditional rulers among other government appointees and dignitaries.

From Togbe Afede’s side, chief among the reasons given for his absence is that he is not happy with the way he was treated by some of his colleague chiefs, especially Okyenhene Amortia Ofori-Panin, who is the cousin of President Akufo-Addo, and had called on Ghanaians to back government’s decision to elect assembly members on partisan lines.

There is also claim from certain quarters that, there is attempt by President Akufo-Addo and his cohorts, to remove Togbe Afede from office as President of the National House of Chiefs, with a claim that his communiqué on the referendum sought to embarrass the government and contributed to the cancellation of the much publicized exercise.

Recall that in the midst of his exchanges with other colleague chiefs in the media concerning the botched referendum, a group calling itself, United Volta Youth, called on the President of the National House of Chiefs to step down for questioning the rationale behind the YES campaign and calling on the electorates to vote NO.

In a press statement, the group said, the communiqué purported to have come from the National House of Chiefs, calling on the electorate to vote NO instead and counter claim by Ogyeahoho Yaw Gyebi, the President of the Western Regional House of Chiefs who also doubles as the leader of the Governance Committee of the House, coming out to dispute the claims by Togbe Afede, make the latter unfit for his position.

“In the light of these, Togbe Afede VIX has acted arbitrarily. He has arrogated powers to himself which should not be the case.

He sought to engage in some self-serving, parochial interests based upon reasons not consistent with the workings of the body.

The leader of the National House of Chiefs has tainted his position with extreme partisan views, the very views he claims his outfit frowns upon, and this is inimical to the cohesion we expect to see in the traditional authority.

For going out of his way to issue such a statement without the knowledge of the other members, for sidestepping the rules of engagement of the body, for engaging in an act that shows him supporting the beliefs of one political grouping, and for putting the name of the revered institution into disrepute, Togbe Afede has compromised his position as the President of the National House of Chiefs and must accordingly step down”, they argued.

This and many others,according to rumour mail, seem to have infuriated the man of many parts, to boycott the Farmers Day celebration marked in the Volta Region,ostensibly to register his outmost disgust against government, colleagues and groups, who are scheming to disgrace him, by getting him ousted.

The campaignto get majority of Ghanaians to vote Yes to amend article 55 (3) of the Constitution to allow for political party participation in local government elections,had become so unpopular that the likes of the National House of Chiefs led by Togbe Afede and his Vice President, Daasebre Nana Kweku Ewusi VII, after a multi-stakeholder conference at the Bank of Ghana Auditorium Legon, issued a communiqué on behalf of the House, stating it position on the matter.

The campaign, which sided with the communiqué which did not go down well with some of the chiefs supporting the No campaign was also being spearheaded by the opposition National Democratic Congress (NDC).The said communiqué further averred that Nananom had reached a consensus on the matter.

But no sooner had the communiqué been issued, a section of the chiefs led by Ogyeahoho Yaw Gyebi, Osagyefo Amoatia OforiPanin and Nana S. K. B. Asante, came out to deny the said communiqué.

Osagyefo Amotia Ofori Panin for instance, was quoted as saying “statement issued by the President of the National House of Chiefs does not reflect the views of the traditional leadership of Ghana”.

The Governance Committee Chairman of the National House of Chiefs, Nana Ogyeahohoo Yaw Gyebi II, who also questioned the statement by Togbe Afede and the Vice said “it is never true” that the House met on the issue.

But Togbe Afede, did not let the issue slide, as he followed counter claims by his colleague chiefs with another statement debunking them flatly with evidence of their meeting.

According to him, chiefs who criticized statement by him and his vice asking Ghanaians to vote NO were “dishonest” and exhibited “wanton mischief”.

“The proposed referendum to allow partisan politics in our local elections was thoroughly discussed at the National House of Chiefs, both by the Standing Committee and the General Meeting.

“The report presented by the Chairman of the Committee on Legal Affairs, Nana Krobea Asante, which formed the basis of the recent press statement was adopted ‘as the position of the House’, and it included the recommendation that ‘The House should strongly object to the notion that membership of local assemblies should exclusively comprise representatives of political parties, as in Parliament.

“Any suggestions that the proposed referendum to allow partisan politics in our local elections was not discussed by the House is not only dishonest but wanton mischief,” Togbe Afede said in a new statement. 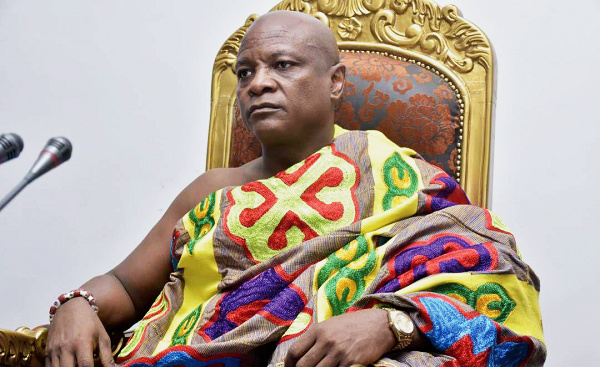 Togbe Afede on why he was yanked from Farmers Day programme 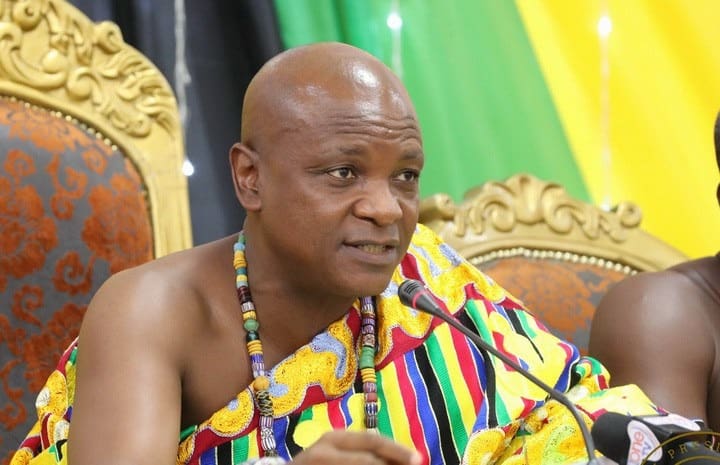 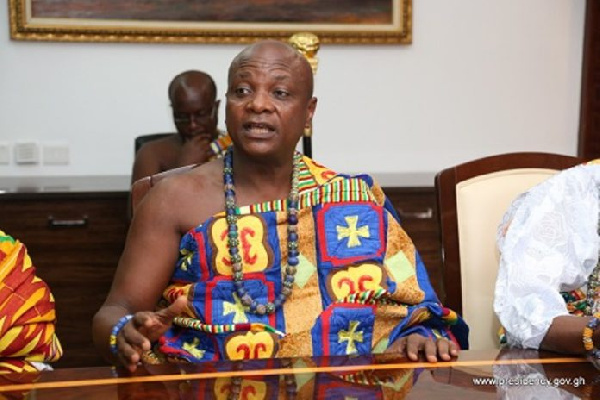 NO Vote: Togbe Afede hits back at “dishonest” colleagues 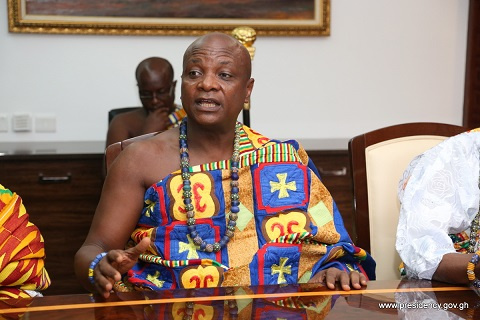 NO vote: Togbe Afede hits back at ‘dishonest’ colleagues 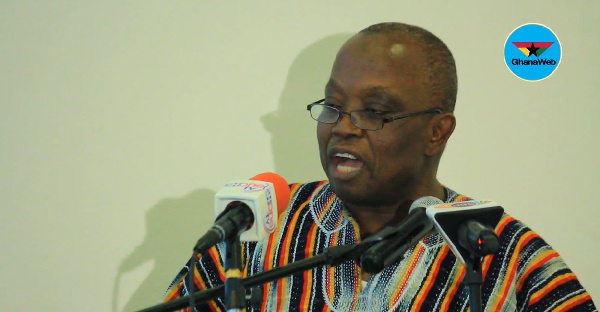