Ghana Web
The government is being criticised for its decision to withdraw the Bill meant to amend Article 243(1) of the Constitution to allow Ghanaians to vote for their Metropolitan, Municipal and District Chief Executives (MMDCEs) instead of being appointed by the President.

The President directed the withdrawal in a national address on Sunday where he also announced the cancellation of the December 17 referendum that was to decide on an amendment of Article 55 (3) of the Constitution to enable political parties to participate in local level elections.

Civil Society Group, OneGhana Movement, in a statement, said it was disappointed the Bill had been aborted.

Though it had campaigned against the possible amendment to Article 55 (3), the group said it had never been against the election of MMDCEs.

It thus called for the government to rescind the decision to withdraw the amendment Bill for Article 243(1).

“We urge the President to demonstrate utmost good faith to citizens by laying the amendment bill for Article 243(1) before Parliament, knowing fully well that MMDCEs can be elected without amending Article 55(3).”

The Chamber for Local Governance (ChaLoG) also called on the President to rescind its decision.

In a separate statement, ChaLoG, also expressed disappointment and questioned if the Akufo-Administration was committed to pursuing the election of MMDCEs as it had promised in its 2016 election manifesto.

“This decision clearly vindicates ChaLoG’s long held position that the government was all along not committed to the amendment of Article 243(1) but yet wanted the Referendum to be held first on 17th December, 2019.”

“The decision taken by the government to withdraw the bill on the amendment of Article 243(1) is completely at variance with the NPP Government’s own 2016 Manifesto document put together prior to the General Elections,” ChaLog added in its statement.

Per Article 243 (1) of the 1992 Constitution, District Chief Executives for every district are to be appointed by the President with the prior approval of not less than two-thirds majority of members of the assembly present and voting at the meeting.

Whilst the President attributed the decision to cancel the December 17 referendum to the absence of “a durable national consensus” on the matter, he did not explain why the Bill to amend Article 243 (1) was also withdrawn.

The Minister of Local Government and Rural Development, Hajia Alima Mahama, had already indicated that processes for the amendment of Article 243 (1) were at a final stage awaiting a vote by Members of Parliament.

“Amendment to Article 243(1) has been prioritized, the amendment bill was the first to be processed. It is presently in Parliament and has gone through all the required processes. It is at the last stage which requires a vote by Members of Parliament (MPs) to approve the Bill. If we work hard it may be approved before 17th December 2019,” she said.

Though the opposition National Democratic Congress (NDC) had started advocating for a NO vote, it did not voice opposition to the election of MMDCEs.

The party was only worried that an amendment to Article 55 (3) will open district assemblies and unit committees to “the needless NDC-NPP polarisation.”

The NDC’s flagbearer, John Mahama also backed his party’s position suggesting that an amendment of Article 243(1) of the constitution was more necessary.

“…we have to repeal the part that says the President can appoint members of the District Assembly because if we say we are going to make them elected by political parties why will we go and vote as political parties and the President will still have the right to appoint 10 percent of the Assembly so all those things should be repealed so we can see our way clearly. The government has promised to look at those things and repeal them so we are hoping that they will be able to do that.”

Observers have also stressed that the election of MMDCEs will be a massive step forward for Ghana’s democracy.

The President of IMANI Africa, Franklin Cudjoe, said the possible election of MMDCEs would have been President Akufo-Addo’s best legacy.

Akufo-Addo gives further on reasons for cancellation of the referendum

Explaining the rationale for his decision for the cancellation of the referendum, the President stated that that he came into office, nearly three years ago, with the firm conviction, emanating from the campaign and national discussions, that there was a national consensus for two important amendments to the country’s governance system, which would enhance its effectiveness and accountability – the reorganization of the country’s regional governance structure, and the potential involvement of political parties in local governance.

It was in furtherance of this and other matters that, on Tuesday, 18th April, 2017, a little over four (4) months into my mandate, he held a meeting with his three predecessors, their Excellencies Jerry John Rawlings, John Agyekum Kufuor, and John Dramani Mahama, at Jubilee House, to seek their views and counsel on these issues.

“I came away from that meeting with the view that there was consensus amongst us that the time had come for political parties to participate openly in district assembly elections and local governance,” he said.

President Akufo-Addo noted that, indeed, amongst the leadership of Parliament and amongst Members of Parliament on both sides, and amongst, virtually, all stakeholders who had been consulted either by him, or by the Minister for Local Government and Rural Development, the clear indications were that there was a broad national consensus for the repeal of article 55(3).

Debunking the notion that elections in Ghana’s 4th Republic have been divisive, the President stated that elections have rather been a unifying factor in the politics of the 4th Republic, the reason why “we have experienced the longest, uninterrupted period of stable, constitutional governance in our history, banishing the spectre of instability that disfigured the early years of our nation’s existence, and the benefits are still showing. It would also mean that freedom of association, which is one of the most fundamental freedoms in any democracy, would be given full expression in Ghanaian democracy.”

Regrettably, President Akufo-Addo stated that the main opposition party, the National Democratic Congress, made a U-turn, and stated that it was no longer prepared to go along with the national consensus.

“They indicated further that they will actively campaign for a ‘No’ vote. In as much as I still believe that there is enough support in the country for a ‘Yes’ vote to be successful on 17th December, I do not believe that this is the proper atmosphere in which an issue of such nature, i.e. the repeal of an entrenched provision of the Constitution, should be addressed in our country,” he said.

Even after their U-turn, the President revealed that he undertook consultations across a broad range of opinion as to the way forward, with the general result being that the process of repeal should be put on hold, for the time being, to enable a durable, national consensus to be forged on this matter.

“In these circumstances, I am convinced that it will not serve the public interest to go ahead with the holding of the Referendum on 17th December, even though I believe a strong campaign for a ‘Yes’ vote would have succeeded. This is not the kind of atmosphere in which the repeal of an entrenched provision of the Constitution should take place,” he added.

Despite having an unrepentant belief in party politics being good for the country, President Akufo-Addo stated that “I also think that, on matters of such constitutional significance, there should be a broad, national consensus behind the repeal of an entrenched provision of the Constitution”.

The President assured that his Government will continue to work for a broad, national consensus on the issue, adding that “should such a consensus be attained for the repeal of article 55(3) of the Constitution, and an agreement reached for political parties to participate in and sponsor candidates for election to district assemblies, at any point during my tenure of office as President of the Republic, the matter will be brought again back to the front burner of our public discourse for the necessary action”. 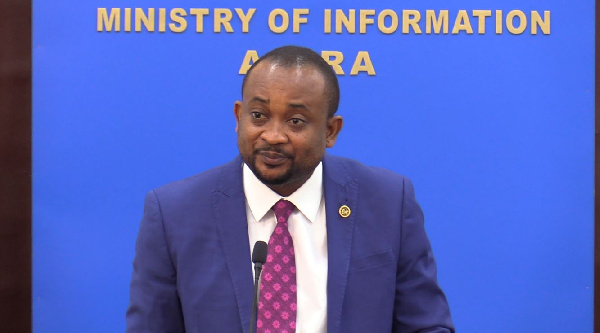 December elections will come on – Government 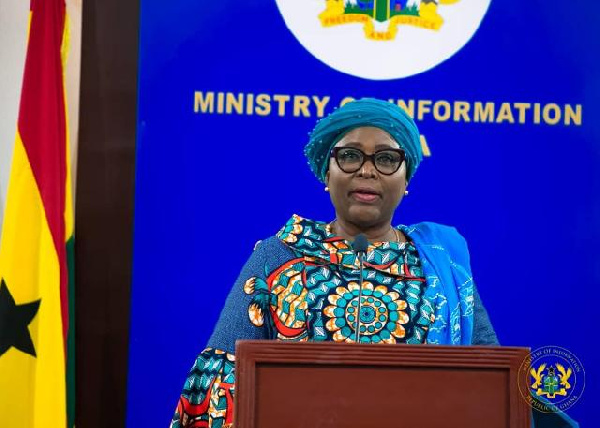 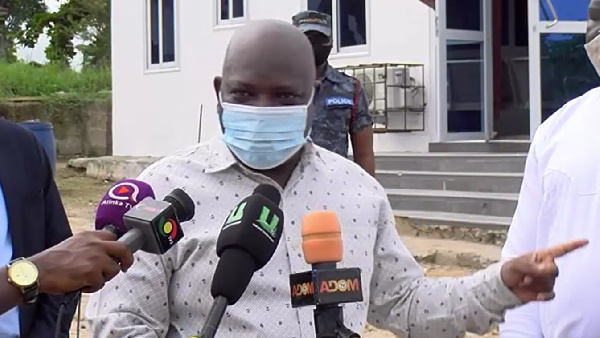