Watch out for the number 12! – Sefa Kayi predicts more afoot after Sex4Grade exposé

Watch out for the number 12! – Sefa Kayi predicts more afoot after Sex4Grade exposé

It has already shaken the very core of Ghana's University education system with even the Vice-Chancellor of the University of Ghana, having been indicted.

The BBC Africa Eye released a documentary on Monday which centred on cases of sexual harassment by lecturers in tertiary institutions.

One of the incriminated lecturers, Prof Ransford Gyampo, has however rejected the allegations levelled against him in the exposé, insisting that he has never done anything unethical in the course of his duties. He has also threatened to sue the BBC for defamation.

This particular exposé has really generated a lot of debate with some finding it difficult to condemn the UG lecturers.

Why? They are of the view that there was no evidence of exchanging sex for grades.

Others, however, hold a contrary opinion. To them, the abject neglect of the implementation of policies on harassment in institutions, has embolden lecturers to take advantage of students; allowing the culture of sexual harassment to fester on campuses.

Even while the dust is yet to settle, renowned journalist and host of Peace FM morning show 'Kokrokoo', Kwami Sefa Kayi says Ghanaians should brace themselves up for more such exposé.

Watch his explanation in the video below

Watch out for the number 12! – Sefa Kayi predicts more afoot after 'sex-for-grade exposé 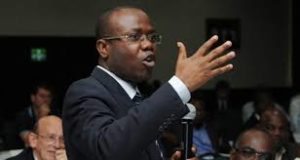