Accra, Feb. 13, GNA – The National Commission for Civic Education (NCCE) has launched the Second Edition of the University Civic Challenge Competition in which 20 tertiary institutions have dully registered to participate.

Ms Kathleen Addy, the NCCE Deputy Chairperson, Finance and Administration, who officially launched the competition, said the competition sought to educate the public on the contents and context of the 1992 Constitution.

She noted that in the 2017/2018 Edition, 17 universities competed from the interschool’s selection stage to the final stage where the Ghana Institute of Management and Public Administration (GIMPA) immerged the champions.

She said the theme for this year is “Ghana: One People, Our Value, Our Sovereignty in Participatory Democracy”.

She said the participants for this year’s competition were selected from private, technical and traditional universities from the length and breadth of the country.

She added that the competition starts from Wednesday, February 13, with the interschool’s selection stage after which the zonal competitions would begin on March 5. Successful Referendum and DLE is a shared civic responsibility - NCCE 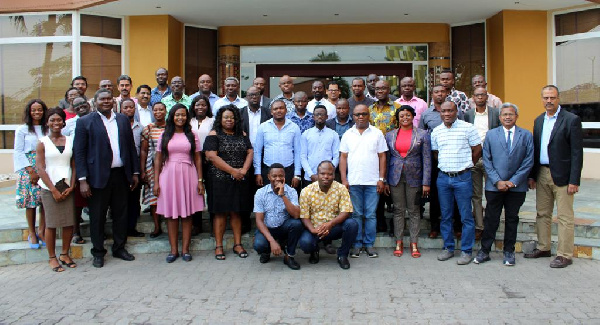 Tertiary institutions to be certified to establish sustainable energy centres

Tertiary institutions to be certified to establish sustainable energy centres