An Accra High Court has granted bail to Mary Commodore, unemployed in the sum of GH?100,000 with two sureties for 17 counts of defrauding by false pretense.

The Court presided over by Mrs Afia Owusua Appiah adjourned the matter to November 29, 2022.

Chief Inspector Richard Amoah told the court that the complainant in the case was Pamela Enyonam Awudi, a Nurse based in Scotland in the United Kingdom, while the accused Madam Commodore lives at NIC, a suburb of Accra.

The prosecution said somewhere in June 2020, Madam Commodore called to inform the complainant that she had been tasked by the late Michael Ayivor-Viera, who was a Police Officer to ask the complainant and the husband (Mawuli Awudi), if they were interested in investing in lands, which they showed interest.

It said Madam Commodore told the couple that the said Ayivor-Viera, which she alleged to be her husband was going to use his name to purchase Police lands for them and that those lands were free from litigation.

The prosecution said Madam Commodore then demanded and collected an amount of GH?324,998.70 in the name of Ayivor-Viera for plots of land, she claimed to have purchased for the complainant at Airport Hills, Pokuase, Teiman, Kumasi, Kwabenya, Aburi and East Legon.

It said Madam Commodore also collected a total of GH?94,097 from Mrs Awudi to dig boreholes and set up a cement block factory for her but Madam Commodore could not account for any to Mrs Awudi.

It said, additionally, Madam Commodore demanded and collected cash the sum of GH?260,000.00 from Mrs Awudi under the pretext of starting a project on the Aburi land that she claimed to have purchased.

“An amount of GH?80,000.00 of the money was received through an account provided by Mr Benson,” the prosecution said.

In November 2020, Mrs Awudi’s friend by name Lilian Graham, who also contributed to the purchase of the Aburi land, visited Ghana and requested to see the land, Madam Commodore claimed to have bought for them and the documents covering the land, but Madam Commodore failed to do so.

The prosecution said Mrs Awudi later found out that, Madam Commodore had nothing to offer her and realised that she had been defrauded by Madam Commodore to the tune of GH?679,096.00 and started putting pressure on the accused person to refund her money and in the process, she managed to refund an amount of GH?229,000,00 to Mrs Awudi.

It said on August 5, 2021, a report was made to the Police and Madam Commodore was arrested.

In her investigation caution statement, she admitted receipt of the money, but claimed to have handed over same to the late Mr Ayivor-Viera.

The prosecution said further investigations revealed that there had not been any transaction between Madam Commodore and the late Ayivor-Viera during the same period. 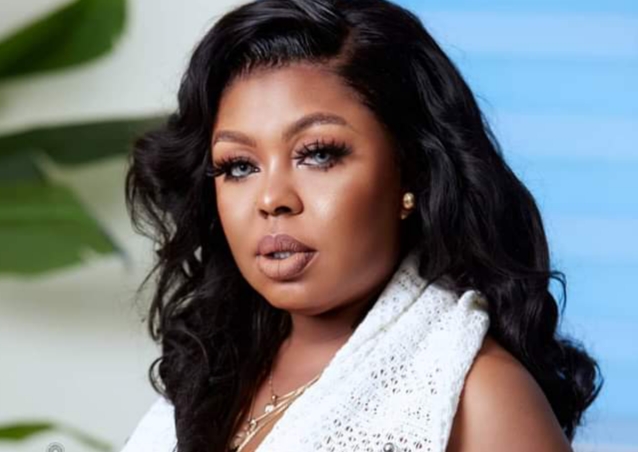 Court orders Afia Schwarzenegger to pay GHC60,000 instead of a jail sentence