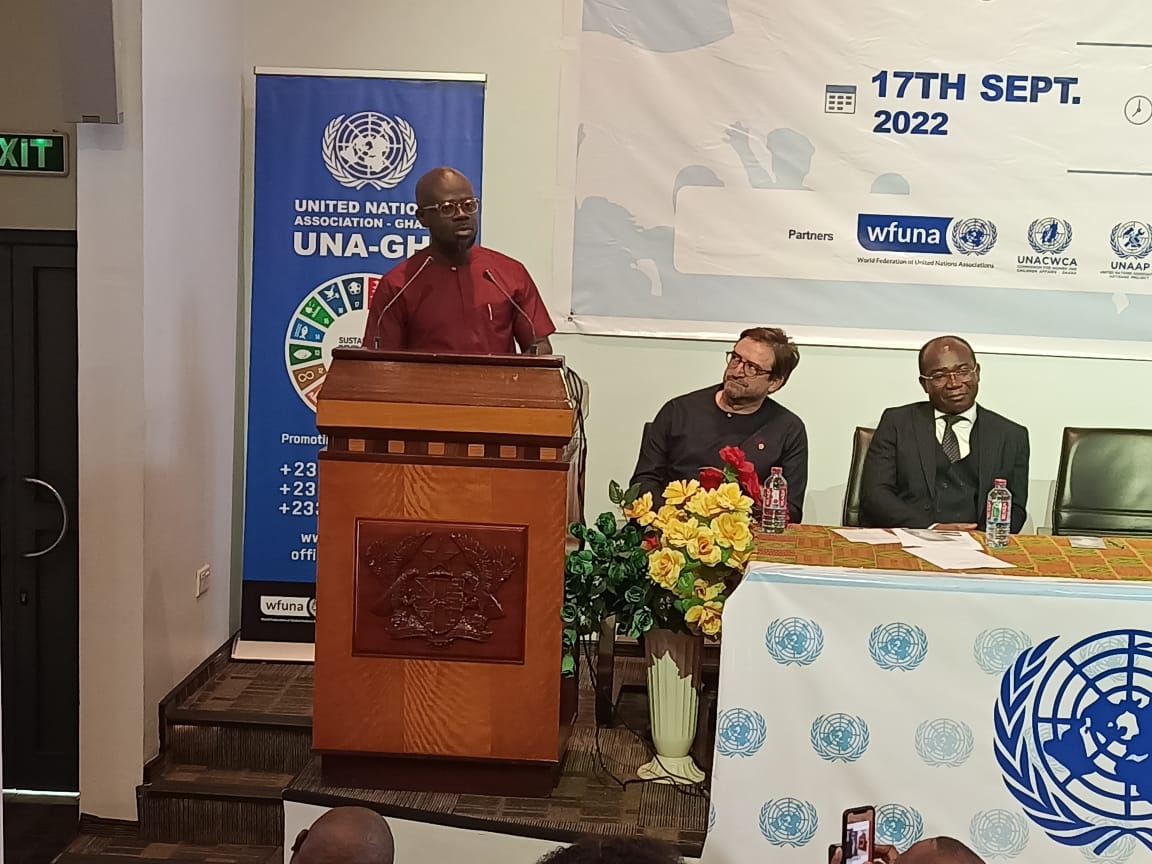 The summoning of the management of Oyerepa FM, a radio station based in Kumasi by the Kumasi Traditional Council, “begs a lot of fundamental questions” about press freedom and free speech.

The incident, in the view of Professor Ernest Kofi Abotsi, Dean of the School of Law of the University of Professional Studies, (UPSA), also raised questions about the roles of traditional leaders in the current democratic dispensation.

Speaking at a ceremony to mark the 2022 International Day of Democracy in Accra on Saturday, Prof. Abotsi argued that every citizen was entitled to free speech regardless how offensive, disrespectful, or irresponsible it may appear.

Prof. Abotis said traditional leaders had the right to disprove any comment they found “customarily offensive” and not to “banish or bastardise” the speaker.

“So if someone says something against Nananom and they find it customarily offensive, in my quiet reflection, you can say that person lacks courtesy. I can disagree but he has the right to say it,” Prof. Abotsi said.

The Kumasi Traditional Council imposed a ‘ban’ on Oyerepa FM after its platform was used by Mr Akwasi Addai, a.k.a Odike, leader of the United Progressive Party, to “tarnish the image” of Manhyia and “incite the youth” against the occupant of the Golden Stool.

The ‘ban’ was, however, lifted following the intervention of a joint team of prominent traditional rulers, the clergy and the leadership of the Ghana Journalists Association (GJA), last month.

Mr Albert Kwabena Dwumfour, President of GJA, expressed concern about what he described as the phenomenon of traditional authorities closing down radio stations.

He said the practice, “is weakening and troubling our democracy” and assured that the GJA would “continue to resist such attacks and acts to gag the media.”

This year’s International Day of Democracy, which was observed globally on Thursday, September 15, 2022, was on the theme: “Protecting Press Freedom for Democracy.”

It was established through a resolution passed by the UN General Assembly in 2007, encouraging governments to strengthen and consolidate democracy.

The commemoration in Accra was under the auspices of the United Nations Association-Ghana (UNA-GH).

The UNA-GH also inaugurated its regional executive officers and other executives, with a target of raising one million volunteers for the UN.

“The media must also operate within the ambit of the law and the Code of Ethics,” he said.

Failure to check executive cause of exploitation of country’s natural resources – Prof. Abotsi