With a total of 308 functional Community-Based Health Planning and Services (CPHS) zones out of 361 demarcated for construction in Upper West Region, 62 percent of the population of has been covered.

The CHPS concept which serves as a vehicle to deliver Primary Health Care (PHC) is vigorously being implemented by the Regional Health Management Team and the 62 percent according to health authorities is an improvement over that of previous year.

The event was held under the theme: “mobilizing resources for enhancing health service delivery in the Upper West region: the role of stakeholders”.

He said the strategy, being the main vehicle to ensure the country’s attainment of the Universal Health Coverage required a lot of stakeholder support especially the Municipal and District Assemblies in the region and development partners.

He said there is the need for training and deployment of human resource as a key milestone in the implementation of the CHPS strategy, adding that currently, the region had 364 Community Health Officers manning the 308 functioning zones.

“Aside the health staff working at the CHPS Zones, there are viable and active community volunteers system made up of Community Health Management Committees (CHMCs) and Community Health Volunteers who are complementing the work of the health professionals working in the CHPS zones”, he said.

He said the availability of essential equipment is crucial in making constructed CHPS compounds functioning, adding that currently, only 155 of the functioning CHPS zones were fully equipped based on the standard set of medical equipment defined for the operations of CHPS while 153 were partially equipped.

The other CHPS zones though they provided services, they did not possess the standard set of equipment prescribed for CHPS zones and consequently, they were not able to effectively deliver the complete pack of integrated service delivery expected of them, he said.

Again, every functioning zone according to the Acting Regional Health Director requires a strong motor bike that would ensure the easy movement of health workers to reach out to the households and communities without much difficulty.

“The motor bike situation at the CHPS zones is not very good as motor bikes available are not good for the rough terrain, hence most of them have broken down and unserviceable”, he said.

Other challenges facing the CHPS implementation in the region despite the successes chalked include inadequate social amenities in CHPS compounds including poor or no security, water, electricity supply and toilets for clients.

This situation has often affected the smooth deployment of Community Health Officers as they do not want to accept postings to areas where security is not guaranteed. 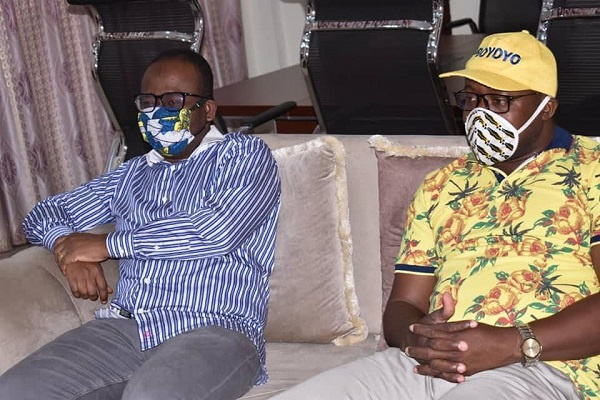