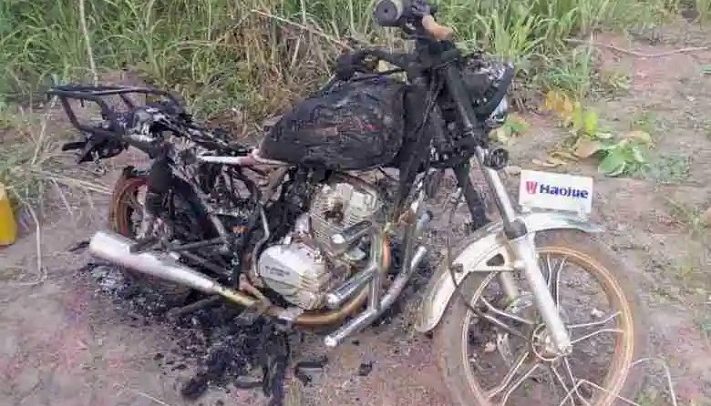 A joint military-police security team has arrested some 14 suspects in connection with the killing of the Chief of Borea Ahenfie, also known as the Nifahene for Chonkey Traditional Area, Nana Kwame Mebo
and two others in the Krachi Nchumuru District of the Oti Region.

The suspects are in police custody at Kete Krachi, in the Krachi West Municipality.

Information gathered by DGN Online indicates that the deceased persons were gunned down while working on a farm belonging to the chief on Saturday, November 19, 2022.

The assailants were said to have laid ambush and dragged the deceased persons before murdering them.

The bodies were found in different locations on the farm when the joint military and police was sent to the community after the chief went missing.

The incident, residents have attributed to a protracted land dispute between Borea and Bakando both farming communities in the Krachi Nchumuru district.

Meanwhile, about 16 houses and other properties have been destroyed and burnt in a reprisal attack.

But security has been beefed up in the Borae Ahenfie Community and its environs to ensure safety. Three men in court for pulling down building valued at $2.2m