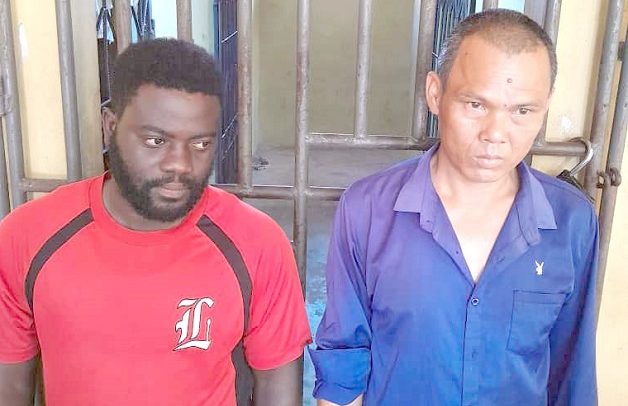 The two suspects, including the Chinese national

A 45-YEAR-old Chinese national is in the grips of the law after he was nabbed for indulging in illegal mining.

Suspect Wu Quiliang was apprehended together with a Ghanaian national, one Albert Amponsah, 28, by armed police personnel during a security operation.

The two suspects were found mining at a site in Adansi Brofoyedru with an excavator and other sophisticated machines around 3:50pm on October 26, 2022.

A police report from the Fomena District in the Ashanti Region, sighted by the DAILY GUIDE, said the police rushed to the scene and nabbed the two after learning of a galamsey activity.

“On 26/10/22 at about 3:50pm, the police patrol team on routine operations, arrested and brought in suspects Albert Amponsah, 28 and Wu Quiliang, 45, a Chinese national. And reported that suspects were found mining illegally at one site in Adansi Brofoyedru with their excavator and other machinery,” it said.

The police document also indicated that the two suspects and some of their illegal mining equipment, which is evidence in the case, were brought to the station.

“Exhibits, including four excavator batteries were brought to the police station for evidential purpose,” part of report disclosed.

It also noted that the police would contact a Chinese interpreter and also liaise with the Ghana Immigration Service for further action to be taken on the suspects.

According to the police, suspects Albert and Wu Quiliang would definitely be sent to court for them to be “remanded as investigation continues.” 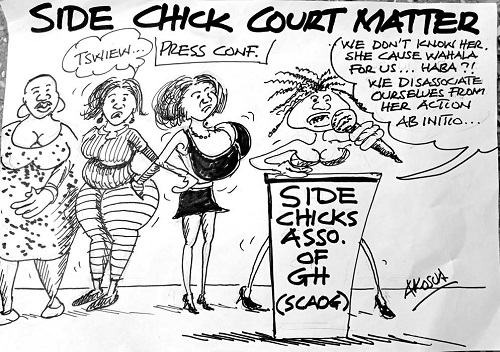