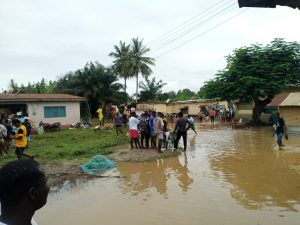 Close to Thousands of residents at Kyebi in the Akyem Abuakwa South Municipality and Akwatia in the Demkyembour District of the Eastern Region have been displaced by floods after heavy downpours on Wednesday, September 28, 2022.

At Akwatia and Bodua in the same district, close to a thousand residents have been rendered homeless, after about five hours of heavy downpours.

The long hours of rainfall, which greeted the residents left them stranded as many households were displaced in various communities.

On Thursday the affected victims were seen packing their belongings from their rooms.

At Kyebi, this is the first time, the community precisely is experiencing flooding despite torrential rains every year. 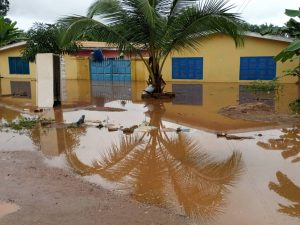 Some residents at Kyebi who expressed worry about the incident blamed the recent flood on illegal mining activities in neighboring communities.

Meanwhile, the Municipal Chief Executive for Abuakwa South, Asabea Annan after the incident on Thursday, morning together with the NADMO officials toured the affected communities to sympathize with the victims.

She told DGN Online that her outfit is collaborating with the NADMO to get some relief items and distribute them to the victims. 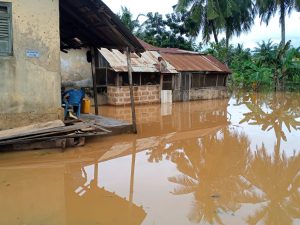 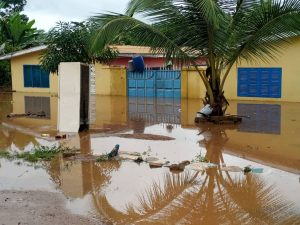 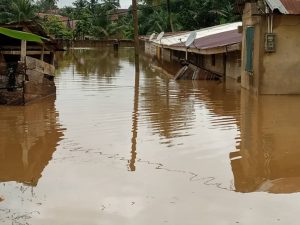 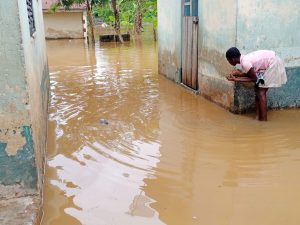 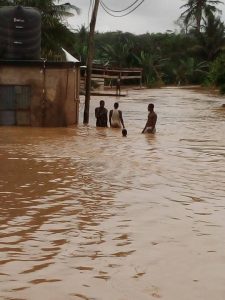 Market lords, much more than a war behind world’s food crisis