There has been a fire outbreak at Osiem Saviour M/A Primary ‘B’ at Akyem-Osiem in the Abuakwa North Municipality of the Eastern Region, over the weekend.

According to reports, the single room building which serves as the office of the School’s Headmaster had its ceiling and other items namely books, cabinets, table and chair, and mower among others destroyed, leaving the roofing material intact.

Some residents in the area, whk observed the incident rushed to the scene to quench the fire before the arrival of the Ghana Fire Service team as an investigation to establish the cause of the fire outbreak is ongoing.

Meanwhile, the Akyem Osiem Police have been officially informed by the Municipal National Disaster Management Organization (NADMO) and the school’s authorities of the situation.

However, there was no casualty. 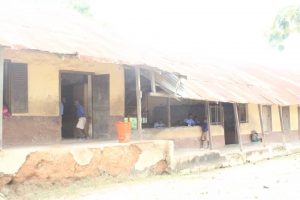