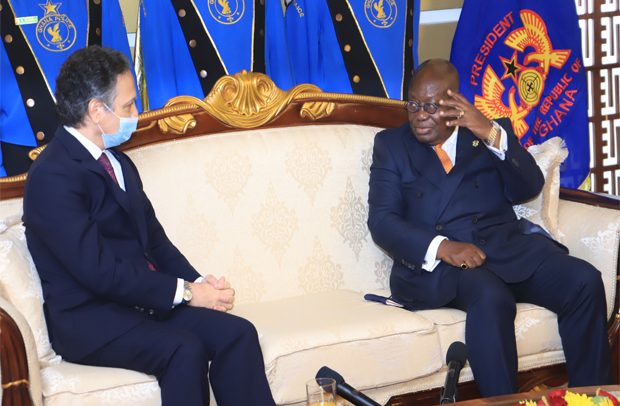 President Akufo-Addo has welcomed five new High Commissioners and Ambassador into the country.

They include the High Commissioners from Great Britain and Nigeria as well as the Ambassadors of Germany, The Netherlands and Spain who presented their credentials to him Tuesday.

First to call on him was the new British High Commissioner to Ghana, Harriet Thompson, with whom President Akufo-Addo shared the unfolding coup situation in Guinea where a group of military men in the Special Forces branch of its army led by one Colonel Mahady Doumbouya on Sunday deposed President Pro. Alpha Conde. 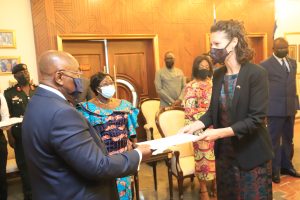 On her part, the British High Commissioner noted that the world was living in turbulent times with the COVID-19 pandemic, the urgency of climate change, and the political changes happening across the world.

Throughout the turbulence, she said “Ghana has held strong to its values of tolerance, inclusion and diversity.”

The Nigerian High Commissioner, Vice Admiral Ibok-Ete Ekwe Ibas, acknowledged the courtesies and privileges the Ghanaian government has been offering his countrymen and women in Ghana and commended the country for the brotherliness.

He said he was in the country to consolidate the closer bond between the two countries in West Africa. 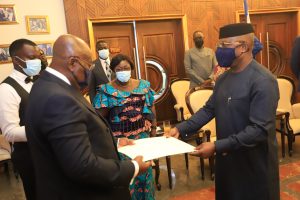 He expressed hope the ongoing bilateral and multilateral efforts would continue to deal with the challenges of cybercrime, piracy, small arms et al.

Responding, President Akufo-Addo said Ghana’s relations with Nigeria was one the most important with the countries of the world and said the two countries are collaborating in the fight against terrorism and unconstitutional changes.

The German envoy, Daniel Krull expressed the German government’s confidence in President Akufo-Addo’s ability to handle internal and regional matters given his role as Chairman of ECOWAS.

President Akufo-Addo described Germany as a model country for the development of nations especially in area of democracy, prosperity and wealth creation. 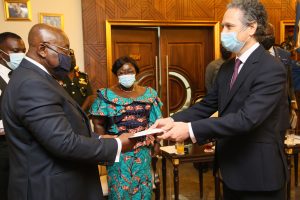 The Spanish Ambassador, Jose Javier Gutierrez Blanco-Navarrete, said Spain considered Ghana as a strategic partner in West Africa because they both shared values of democracy, respect for human rights.

He commended Ghana for promoting integration and stability as well as development in Africa and gave the assurance of the Spanish government’s determination to help for the success of AFCFTA.

President Akufo-Addo said Ghana would like to have more Spanish companies investing in Ghana and expressed the hope that they would see progress in the contact between the two nations.

Tracing Ghana and Netherlands history, the Ambassador, Jeroen Verheul, said he recently read that 320 years, one of his predecessors presented his letters of credence to the then Asantehene Osei Tutu I “and it struck me that the message he brought at time was very similar to what I am bring and that is to promote economic relations in the region and also between our two countries. 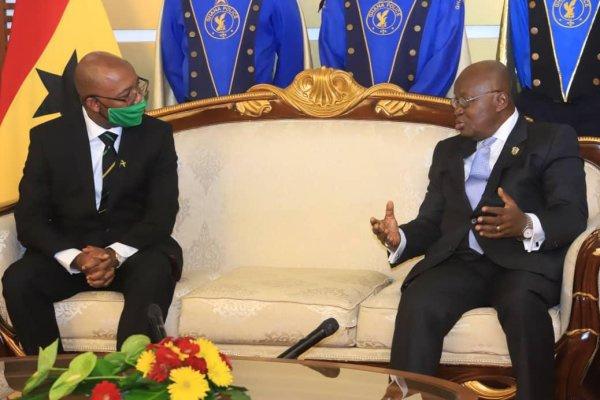 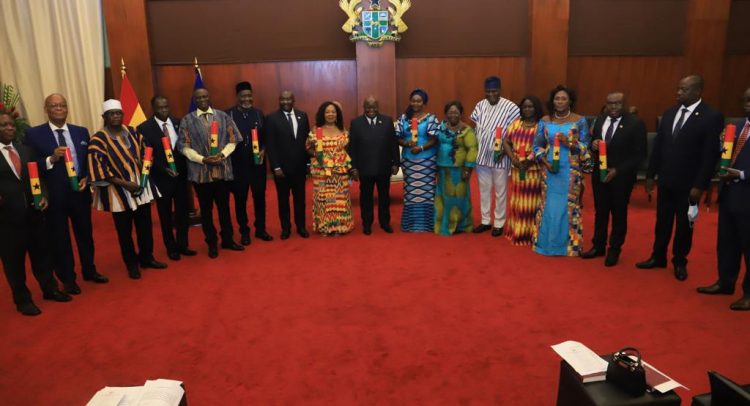 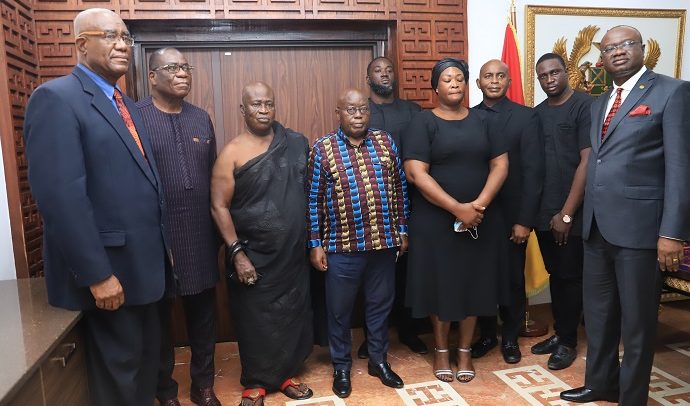 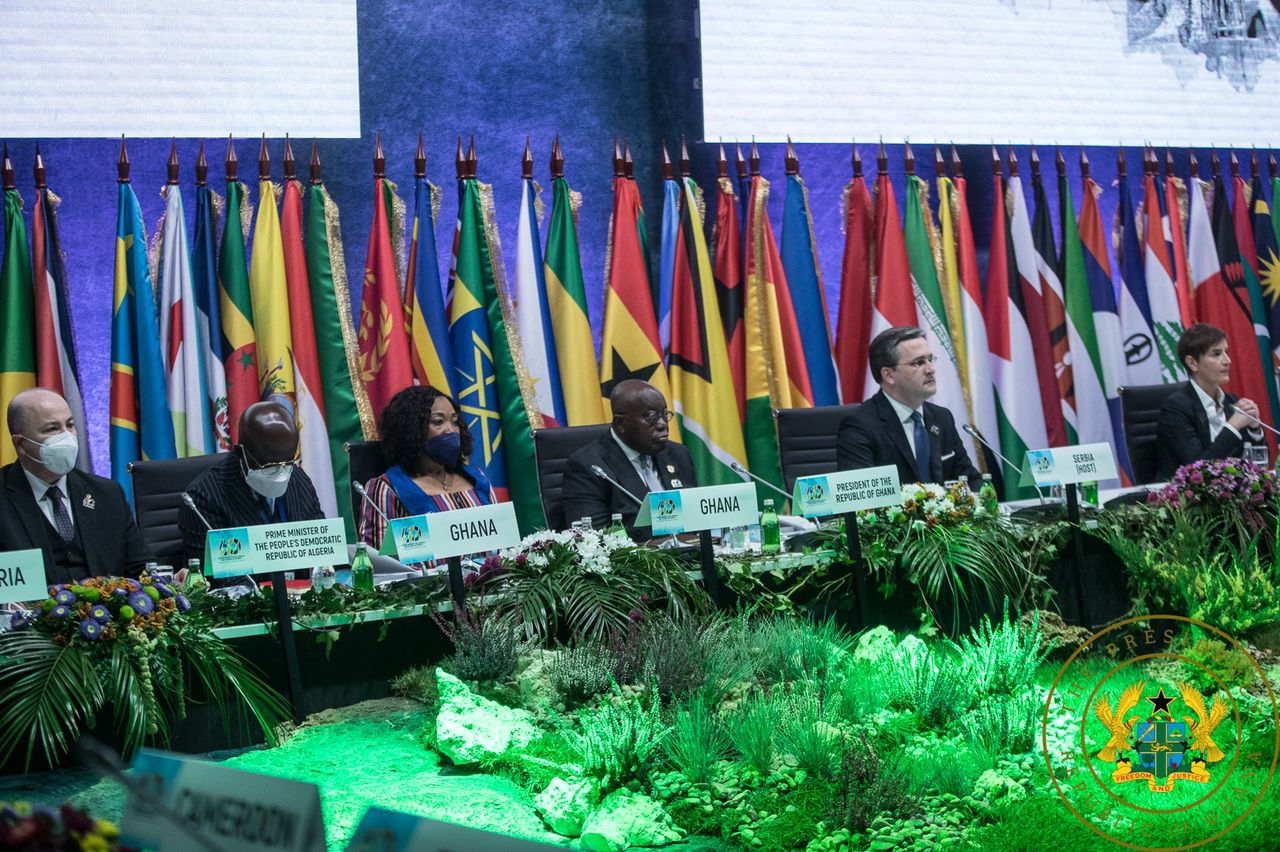 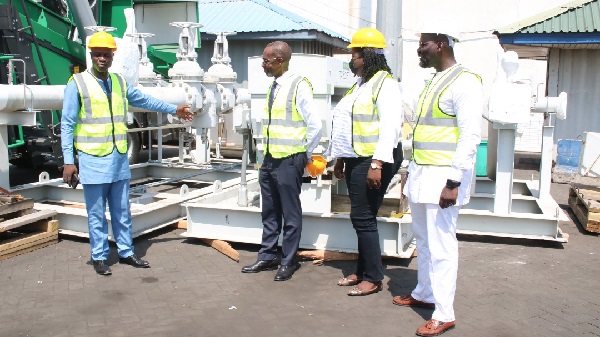