The President, Nana Addo Dankwa Akufo-Addo has stated that his government has been able to stabilize the economy within the last four years.

Addressing the nation during the last State of the Nation’s Address, President Akufo-Addo stated that his government inherited a bad economy although the country was still under the International Monetary Fund (IMF)- sponsored bailout programme.

“The basic facts of our unhappy inheritance are well-documented – 15.4% rate of inflation; a 9.3% fiscal deficit; 32% rate of interest; a 3.4% rate of GDP growth, the lowest in two decades – all under an IMF-sponsored bailout programme.”

He reiterated that although the economy was in a bad state when he assumed office, his government was able to work to get the economy stabilized.

He added that Ghana exited the International Monetary Fund bailout programme successfully under his governance.

“We set to work quickly, and, I am glad to say that, we have been able to stabilize the economy, exit satisfactorily the IMF programme, and restore confidence in the economy.”

This is in accordance with Article 67 of the 1992 constitution which states that “the President shall, at the beginning of each session of Parliament and before a dissolution of Parliament, deliver to Parliament a message on the state of the nation”.

The presentation is also ahead of the President’s inauguration and swearing-in for his next four-year administration as well as the dissolution of the current seventh Parliament.

The President used the opportunity to touch on other sectors of the economy including food and agriculture, banking and education.

On agric, President Akufo-Addo said food is in abundance in Ghana due to the Planting for Food and Jobs programme he initiated within his first term.

“During this COVID-19 crisis, we have, mercifully, been spared the spectre of food shortages. On the contrary, thanks to Planting for Food and Jobs, food has been in abundance in our markets across the country.”

He noted that the country has become self-reliant in food production.

“We have seen the dramatic turnaround of our agricultural fortunes, due to the progressive policies that have improved the living standards of farmers in the country. The excellently executed policy for Planting for Food and Jobs has laid the foundation for the agricultural transformation of our country. We are able to say that our country is now a net exporter of food, and we no longer have to import basic foods like plantain and tomatoes.”

Mahama And Akufo-Addo In Battle Of Nerves 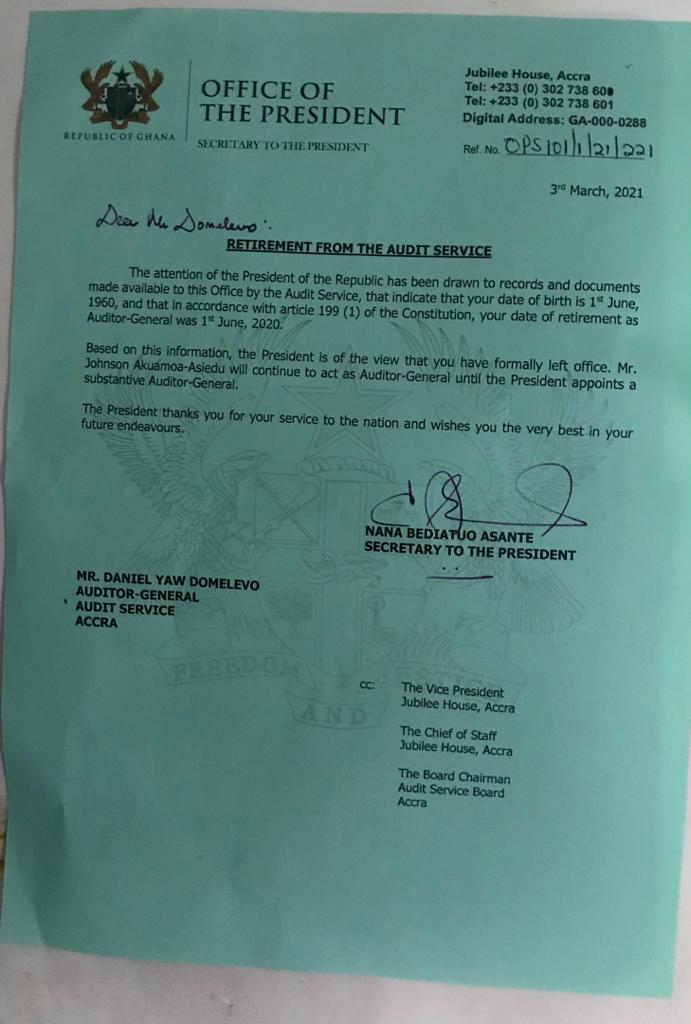 You’re retired; thanks for your service – Akufo-Addo to Domelevo 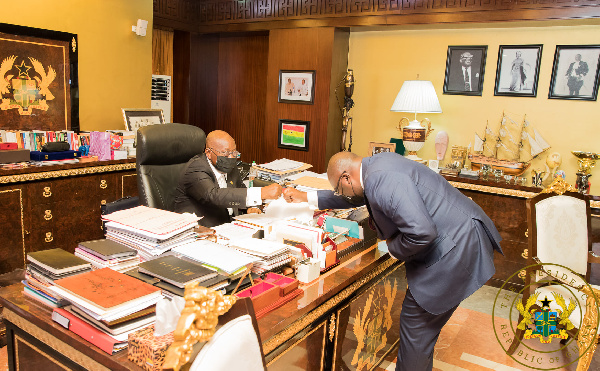 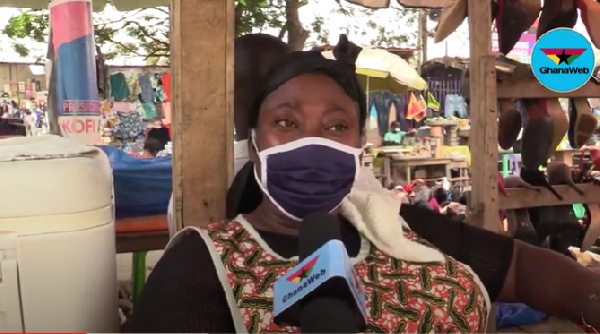