The Accra Circuit Court 4 has for the second time this week, adjourned the case of the alleged shooting by a National Security operative the Ablekuma Central Collation Centre during the just-ended general elections, to January 5, 2021.

The suspect, Collins Quarcoo, also known as Kola, was arraigned for allegedly shooting Pius Asiedu Kwanin, a journalist with the Newswatch Ghana online portal, in the leg, and causing injury to some other persons at the Ablekuma Central Collation Centre on December 8.

The suspect, Collins Quarcoo, also known as Kola pleaded not guilty to all six counts of causing of unlawful harm when he first appeared in court on December 17, 2020.

He was subsequently denied bail.

Since the suspect’s first appearance in court, the case has so far been adjourned five times, largely owing to the inability of the presiding judge, Emmanuel Essandoh, to show up in court due to ill health.

The Prosecutor in the case, Inspector Eric Pobee, spoke to the media about the happenings in court.

“When the case adjourned to 29th December, unfortunately, the judge was not present. So, the case was adjourned to today [December 31, 2020]. Today when we came, we were told the judge is indisposed so the court has adjourned it to January 5, 2021. We are hoping that on the day, we will all come and then we’ll see the way forward.

The suspect is in police custody. He was remanded into police custody and he is obeying the terms. The case is now here [Accra Circuit Court 4] so we have just started the case. We’ve not even entered into the case; we’ve not started trial. It is normal. Had it not been the condition of the judge, we should have progressed but hopefully, I know that God willing, things will be in order.”

While the victim, Pius Asiedu Kwanin, has been discharged from the hospital, he is expected to return for a medical review on January 5, 2021. 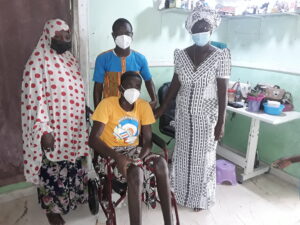 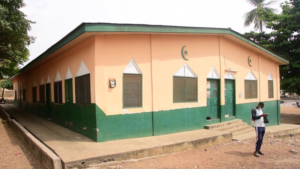