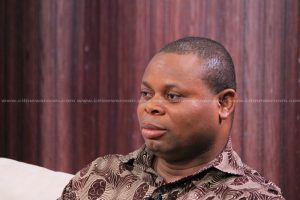 President of policy think tank IMANI Africa, Franklin Cudjoe has rubbished the establishment of an ethics office at the Bank of Ghana to deal with its errant staff.

“What they are trying to set up is like a prayer camp,” he said.

Following the collapse of seven banks in the country, the central bank set up an Office of Ethics and Internal Investigations as part of the strategy to strengthen the financial sector.

Information Minister nominee, Kojo Oppong Nkrumah who made the announcement last week said the office was necessary for the Bank of Ghana internal controls.

“One final question is what the Bank of Ghana is doing to ensure that the regulators do not slip. I am pleased to announce to you that an office of ethics and internal investigations have been set up in the Bank of Ghana to commence the first line of interrogation of their own systems and procedures and persons who may have been culpable in this exercise and it is expected that persons who are found culpable in this will be dealt with and most importantly, these infractions do not continue.”

But Franklin Cudjoe argued on The Big Issue that the central bank does not need such office saying there are offices within Bank of Ghana already doing such things.

“This ethics thing, I don’t understand. The rules are clear. You’ve gone to ask for liquidity support, whoever was doing the due diligence probably did it well or did not do it well. This whole thing about setting up ethics committee, we’ve been hearing this every now and then. The banking supervisory regulatory powers are there so what do you need?”

“The Bank of Ghana has a research division I think. Unless we are suggesting now that all these functions are anathema to international standards as we speak so we have to set up an ethics committee. I don’t get it,” Mr. Cudjoe fumed.

Seven banks have collapsed in Ghana within the last year with the central bank giving varied reasons for such crisis.

According to the Bank of Ghana, whereas some of the banks had liquidity challenges, others obtained their banking licenses through dubious means. Wearing of face masks must be an order, not advice – Franklin Cudjoe