Spokesperson of the Vice President, Dr Gideon Boaku has said that the only communication on the Haircut from the government that he is aware of is the one said by President Nana Addo Dankwa Akufo-Addo.

He said the President was clear in his communication on the haircut.

Speaking on the Big Issue with Roland Walker on TV3 Wednesday November 32, Dr Boako said “From the government’s side the only communication that I am privy to is what the President has given. Government has given clear indication that whoever has government bills, it is not going to be affected by any haircut.

“After the negotiations with the IMF, I am sure by the time the Finance Minister presents the budget or even post that, the totality of how government’s debt restructuring is going to be will be laid out.

“I think the president sort to allay the fears of people and also make an announcement. Even before that, the key thing that people were concerned about was whether or not there is going to be a haircut on the principal of their treasury bills.

“That is certainly coming from government said by no other person than the President, that treasury bill holders are not going to have their principal affected by any sort of haircut and that communication is clear.”

Mr Oppong Nkrumah said President Nana Addo Dankwa Akufo-Addo’s assurance that there will be no haircuts covers on principals.

“The debt sustainability strategy is yet to be announced in full.”

“When they are done with the rest of the strategy, and they come out and do a full announcement, we will have clarity on the form that the debt restructuring will take,” he said.

President Nana Addo Dankwa Akufo-Addo has assured that no investor will lose his or her money including pensions funds, government treasury bills or instruments if Ghana finally seals a deal with the International Monetary Fund (IMF).

Mr Akufo-Addo noted that some members of the public have concerns that they will lose their investments if the deal with the Fund is closed,

But delivering an address to the nation on Sunday October 30, Mr Akufo-Addo allayed the fears saying, just as customers’ deposits were saved during the banking sector clean up exercise, no one will lose money in this also.

He said “There will be no ‘haircuts’, so I urge all of you to ignore the false rumours, just as, in the banking sector clean-up, Government ensured that the 4.6 million depositors affected by the exercise did not lose their deposits.

“I also want to assure all Ghanaians that no individual or institutional investor, including pension funds, in Government treasury bills or instruments will lose their money, as a result of our ongoing IMF negotiations.”

Another Minister resigns from Akufo-Addo gov’t; Dan Botwe to act 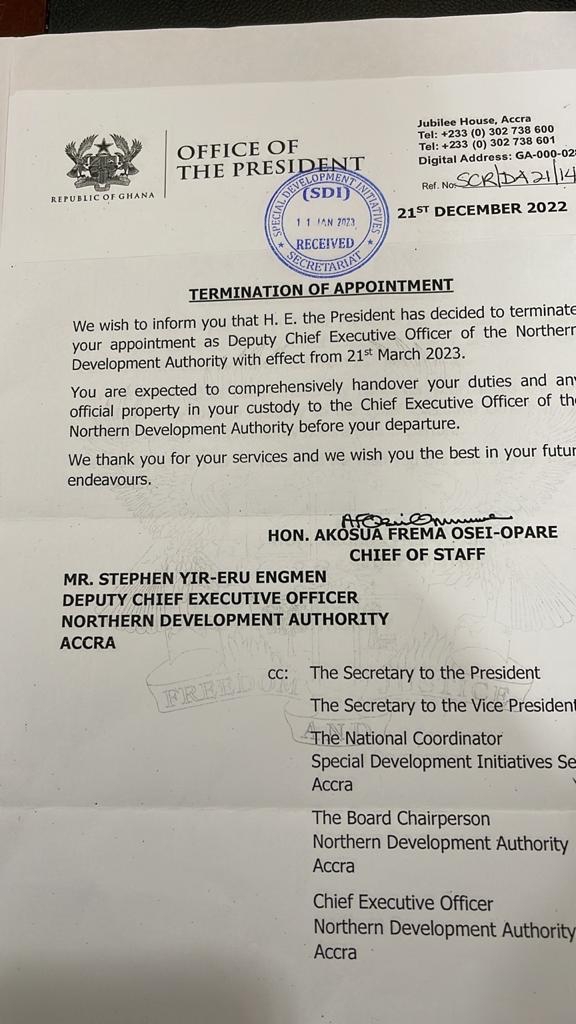