On August 4 each year, Ghana celebrates its heroes, the six men who symbolised the line “through the blood and toil of our forefathers” captured in the nation’s pledge. Every year, we take a day off our busy schedules to reflect on the sacrifices and contributions of Kwame Nkrumah, Ebenezer Ako-Adjei, Edward Akufo-Addo, Joseph Boakye Danquah, Emmanuel Obetsebi-Lamptey and William Ofori-Atta in the fight for independence.

In the musical landscape, there has been a growing crop of artists leading the charge of what has been described as the ‘new school’.

As the country marks Founders’ Day this year, Spotify has identified some Ghanaian musicians who are making inroads in Ghana’s music scene. These six Ghanaian musicians are breaking barriers and lifting the flag of Ghana high with their music.

?        Amaarae,  an icon taking the world by storm. Her debut EP, ‘Passion Fruit Summers’, launched her as one of the biggest voices in alternative pop, paving the way for her breakthrough record, ‘THE ANGEL YOU DON’T KNOW’. Featuring singles like ‘SAD GIRLZ LUV MONEY’ and ‘FANCY’, this genre-blending project has received global recognition. In 2021, Amaarae collaborated with African R&B royalty Tiwa Savage on ‘Tales By Moonlight, as well as most recently with the Billboard-topping songstress Kali Uchis on a remix of ‘SAD GIRLZ LUV MONEY’. Amaarae is currently sweeping the world as her track  ‘A Body, A Coffin’ was featured in Marvel Studios’ ‘Black Panther: Wakanda Forever’. Amaarae is currently the most streamed Ghanaian artist on Spotify with more than 5 million followers.

?        KiDi released his debut album, ‘Sugar’, in 2019 which was accompanied by a movie also titled ‘Sugar’, showcasing the songs on the album. Since then, he has never looked back and keeps dropping hit songs like ‘Say You Love Me’, ‘Odo’, ‘Adiepena’, ‘Thunder’, ‘Mr. Badman’, ‘Sugar Daddy’ and ‘Enjoyment’. These hit songs have garnered a huge following for the budding star. In 2020, KiDi dropped his exciting EP, ‘Blue’, which showcased his versatility and incredible vocals. The lead single, ‘Say Cheese’, had great success online and on radio worldwide. After having a successful year KiDi was crowned the overall ‘Artist Of The Year’ in 2022 and Afrobeats/Afropop Artist Of The Year’. His hit single, ‘Touch It’, won ‘Popular Song of The Year’ as well as ‘Reggae/Dancehall Song of the Year’, and his album, ‘The Golden Boy’, picked up the ‘Album Of The Year’ award.

?        King Promise brings all the vibes to the table. He is a musical ‘Commando‘ currently supplying some ‘Ginger‘ to all those who need some spice in their life. King Promise is an ardent storyteller inspired by life, love, hustling, partying, and family. Although King Promise was enveloped in music from a young age, his father inadvertently helped shape his genre and culture-spanning tastes, immersing him in everything from Reggae to R&B to boybands to Ghanaian Highlife. Since releasing his first single, ‘Thank God’, Promise’s fanbase quickly began to swell as word spread. A considerable buzz manifested locally; before he knew it, his career had taken off.

?        Sarkodie: Considered to be among the rap gods and kings in Ghana, Sarkodie compares success to swimming. Several years after his debut album, ‘Mayke’, Sarkodie is still in the water, pressing forward through the waves, seeing what new shores his rich, emotional sound might reach. Sark has worked hard, created viral songs, and pulled his weight on the African music ladder. He has featured top artists on the continent and beyond, so it didn’t come as a surprise to many when he won the inaugural BET Hip Hop Award for ‘Best International Flow’ in 2019.

?       You may have heard of Black Sherif and how his song ‘Kweku The Traveller’ is travelling the world. Black Sherif is the most streamed Ghanaian rapper on Spotify with 1.3 million followers. His unique sound is geared toward creating a mass cult following, with the goal of becoming a global icon. He blends Ghanaian Highlife with reggae, Hip Hop and other sounds, thereby widening his reach and potential. With highlife being Ghana’s authentic sound, his use of the genre instantly speaks to the older folk. First-time listeners of Sherif are amazed by his vocal range, then zone into his eerie unorthodox melodies. But the actual catch is the substance in his writing and how relevant it is to the modern listener’s experience. He has been mentioned by top musicians globally, the most recent being DJ Khaled who described Black Sherif’s songs as ‘music that touches your soul’.

?        Stonebwoy, born Livingstone Etse Satekla, is a 45-time award-winning Ghanaian Afropop and Dancehall/Reggae artist as well as a Grammy Awards nominee. 1GAD has earned its place within the dancehall fraternity locally and globally. He is one of the country’s biggest exports when it comes to Ghanaian artists. Stonebwoy recorded his first hit single, ‘Climax’ featuring Samini, followed by ‘Ghetto Love’ featuring Irene Logan. Since then, he has never looked back. His ‘Activate’, ‘Sobolo’, ‘Ololo’, and ‘Kpo K3K3’ among others continue to live on the lips of Ghanaians.

And while these big six are doing Ghana proud, our talent pool runs deep. As we celebrate August 4, here are four more artists putting Ghana on the map

?        Kwesi Arthur. His talent cannot be understated. He continues to excite his young audience with his vocals and bars. Since he first burst on the scene with his 2017 hit single, ‘Grind Day,’ he’s rapidly risen to become one of the brightest stars in Ghana’s burgeoning music scene. Arthur’s music knows no limits – his blend of highlife, afrobeat, R&B and staunch Hip-Hop makes him the perfect microcosm of contemporary Ghanaian music. And the world is paying attention.

?        Gyakie is building on her father’s (Nana Acheampong) legacy, but not dwelling on it. She is creating a name for herself and taking over the continent by having everyone singing along to her tune. Gyakie was also the first African singer to join Spotify’s EQUAL hub, an initiative that platforms for female artists and fosters equity for women in music globally.

?        Shatta Wale has claimed his throne as the Dancehall King of Ghana. He has played a key role in placing Ghana on the map. His recent collaboration, ‘King Already’ with Beyonce and Major Lazer has further enhanced his international exposure. You can never go wrong with Shatta as his songs keep the adrenaline flowing among the ‘Ghetto Youth’.

?        Camidoh’s ‘Sugarcane’ has been a favourite for many music lovers and is currently viral in 8 countries on Spotify’s ecosystem including Norway and France. He is the leading light of Ghana’s new Afropop movement, splicing his sweet R&B/Afrobeat fusion with lyrics that leap between English and Ewe. He first rose to prominence in late 2018 with his first official single, ‘For My Lover’, featuring Darko Vibes. This led to Camidoh picking up attention and appreciation from Ghanaian musical royalty. His sweet and melodious voice has made him an artist to watch.

These iconic creatives are the leaders of the new school, who, with roots in various genres of music, all boil down to the same thing -representing Ghana on the world stage. Therefore, we must celebrate these individuals whose efforts inspire growth and change within the Ghanaian music scene.

Spotify transformed music listening forever when it launched in 2008. Discover, manage and share over 82 million tracks, including more than 3.6 million podcast titles, for free, or upgrade to Spotify Premium to access exclusive features for music including improved sound quality and an on-demand, offline, and ad-free music listening experience. Today, Spotify is the world’s most popular audio streaming subscription service with 433m users, including 188m subscribers, across 183 markets.

NDC must champion ideals of Probity, Accountability … In honour of Founder Rawlings … Ofosu-Ampofo, Gen. Mosquito must quit the scene 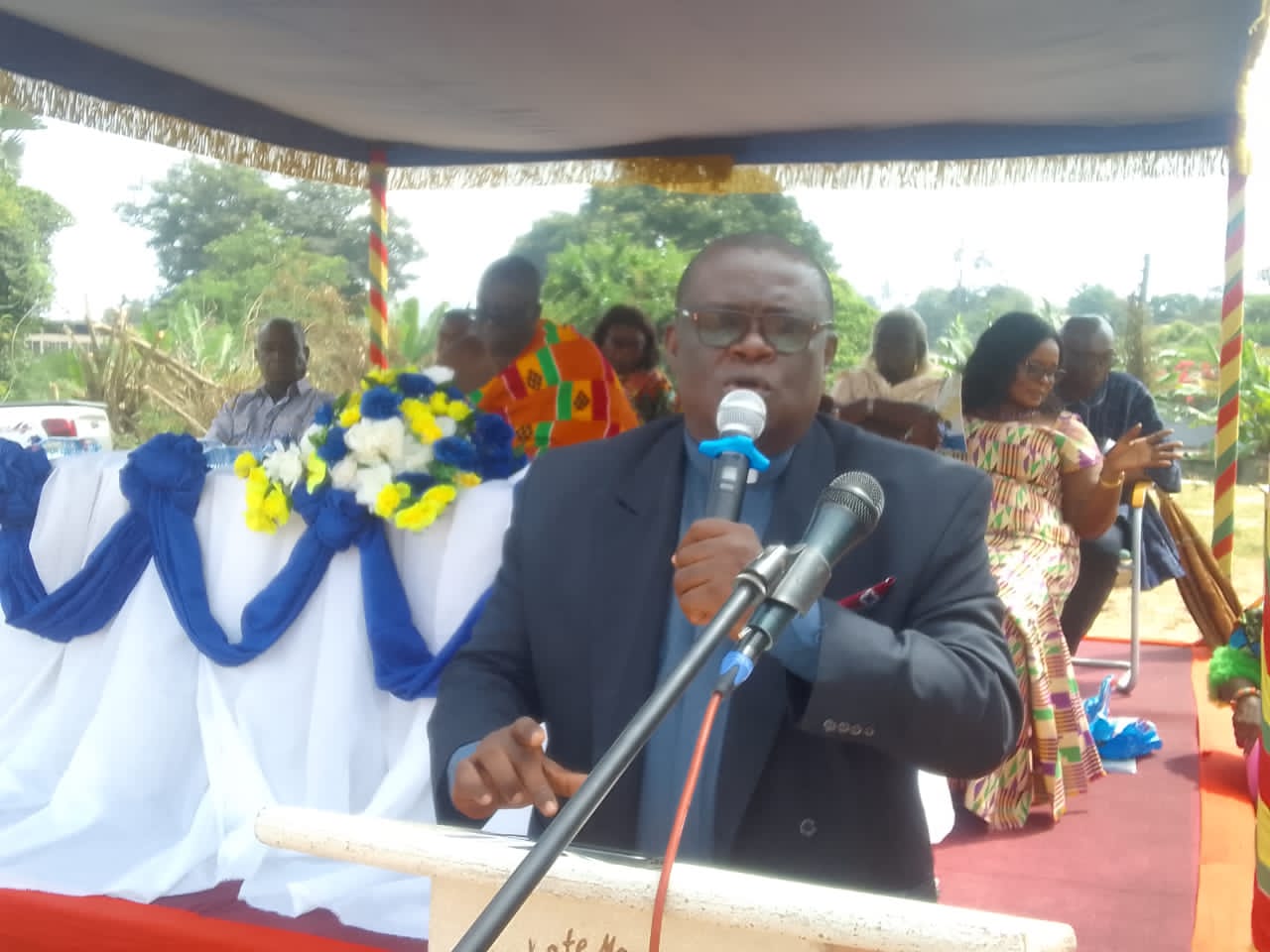 The church prayed to cripple my music career -Eno Barony 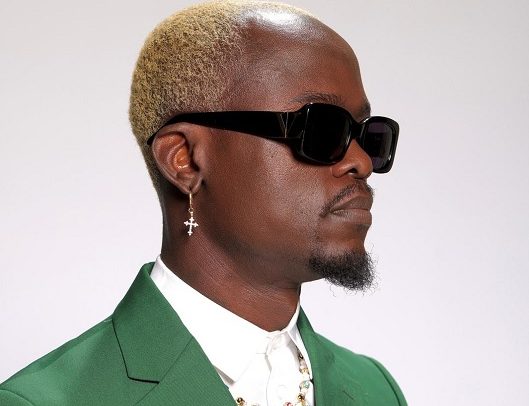 Coming out of our current economic mess a shared responsibility – Mahama