On Monday evening, Liverpool went behind against Aston Villa after three minutes. They found an equaliser through their centre-back Joel Matip.

But, the club needed a victory to go level on points with fellow Premier League title challengers Manchester City.

Cometh the hour, cometh Sadio Mane. The 30-year-old scored the winning goal to snatch all three points, giving the Reds a fighting chance as they aim to do a quadruple, a feat unheard of in the modern game.

Mane was the hero of the night. But has he been the real hero this season?

Before January this season, Salah was well ahead of Mane and arguably everyone else.

The Egyptian had netted an impressive 23 goals in all club competitions, a figure which could only be rivaled by the very best in Europe. At that point, Mane had scored just 10 goals.

But, Mane was on a mission. The result? First AFCON trophy in Senegal’s history and the Player of the Tournament award for good measure.

The story of the two players has been different since then with 12 goals scored by Mane whilst Salah has managed seven.

It is interesting to note that the current FWA Men’s footballer of the Year scored three of the seven goals from the penalty spot. Mane, in contrast, has none of his goals coming from the spot.

On Monday, when Liverpool needed someone to keep their Premier League title hopes alive against Aston Villa, Mane stepped up. The former Southampton man was there when they needed some inspiration against Villarreal in the Champions League semi-finals.

He has been more reliable in front of goal in the last few months.

This year, one name has mostly been on the lips of everyone; Karim Benzema. The Real Madrid forward has netted 43 goals in 43 club games; the kind of numbers one would liken to Cristiano Ronaldo or Lionel Messi in the not-so-distant past.

The 34-year-old already has La Liga in the bag and awaits the battle against Liverpool in this year’s UEFA Champions League final.

Mohamed Salah also makes an individual case for himself, clinching the FWA Men’s Player of the Year award and is a favorite to win the Premier League player of the season award for the second time in his career.

Liverpool still have a chance to complete the quadruple (Champions League, Premier League, FA Cup and EFL cup) which helps the former AS Roma star’s cause.

However, Mane would have a better chance if his club does the impossible. He already has the AFCON title to his name and will compete in the 2022 World Cup at the expense of Salah.

His teammate shone in 2018, now is the time for Mane to take the spotlight.

The former Southampton man’s contract will end in June 2023. This is the same case for his teammate, Salah.

At the start of the season, Salah’s situation was highlighted by the media whilst that of Mane was seldomly mentioned.

Regular updates have been provided on Salah, including his rejection of Liverpool’s offer according to the Daily Mirror.

Mane has been just as important to the team as his comrade and it is somewhat an injustice that his situation is not talked about as much.

If Liverpool gives Salah £400,000 per week, Mane deserves to earn the same figure.

A man who has sacrificed

In an interview on the club’s website in 2020, the Senegalese talisman expressed his willingness to sacrifice himself for the team’s success.

“Until the team is successful and I’m also successful, for me I think it’s necessary to sacrifice myself to give everything possible for the team, and the team will give me [that] back for sure – every single player,” he said.

He showed this at a key point in the club’s revolution and is reaping rewards.

When Mane joined Jurgen Klopp’s side in 2016, he mostly featured on the right wing whilst Coutinho weaved his magic from the left.

He was then moved to the left side to accommodate Salah, who favored cutting inside to shoot. Despite that, the 30-year-old is one of the deadliest wingers in world football.

If an African is to win the Ballon D’or since George Weah in 1995, it should be Mane. His time is now.

Anyidoho is an unrepentant hoodlum, he deserves no respect - Nukpenu

Ghana receives more than $970m in petroleum revenues in 2018 – Report 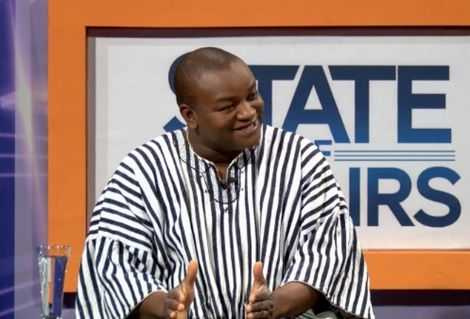 Akufo-Addo deceived Ghanaians that he was incorruptible – Azeem