Police Chief Superintendent Mr. Stephen Kofi Ahiatafu, Eastern Regional Commander of Motor Traffic and Transport Department (MTTD), has disclosed the continuous interference in the performance of their duty is what has been hampering on their ability to ensure speeding vehicles are stopped.

According to him, even though they have about two (2) to three (3) police accident preventive squad stationed at various parts of the road stretch within which the recent eastern accident occurred killing nine persons, including a six-month-old baby, interference from what he described as order from above has been hindering their work.

Speaking to Alfred Ocansey on the #3FMSunrise Morning Show, he bemoaned the act and called on drivers to be responsible and respect road regulation to save lives.

“On that stretch, we have two to three accident preventive squad on the road yet still drivers are still misbehaving on the road. To me, these accidents could be avoided if drivers complain with road regulation and discipline.”

“You realized that they begin to behave well when they see police stationed on the road and soon after they pass the barriers set up by the police to hit the roads again, they begin to misbehave.”

Nine persons, including a six-month-old baby, died on the spot in a crash on the Accra-Kumasi Highway at Akyem Apedwa Pig Farm junction near Suhum in the Abuakwa South Municipality in the Eastern Region yesterday evening.

The accident, which occurred about 6:40 p.m., also left other persons injured while others who were in a critical condition had been admitted to the Suhum and Kyebi Government hospitals.

Chief Superintendent Mr. Stephen Kofi Ahiatafu further charged the various driver unions to intensify education on road safety to their members since the police alone cannot do it all.

“The transport unions have a lot to do in terms of educating the members who embark on these journeys because the police cannot do it all.” 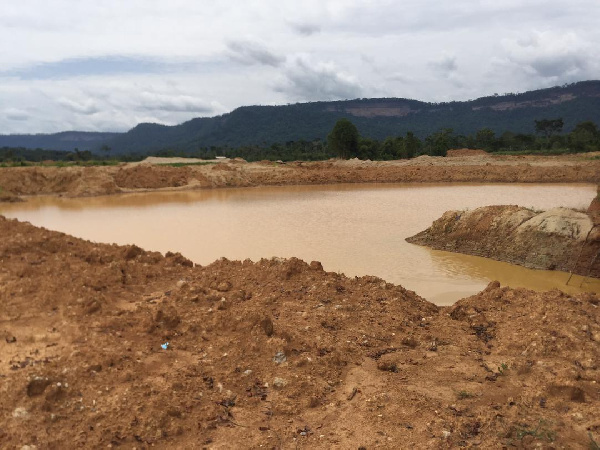 Worry! Major water plants in E/R produce below capacity due to galamsey