Chelsea hold on to qualify for last 16

Chelsea hold on to qualify for last 16

Chelsea survived a late scare to move into the Champions League knockout stages with victory over Lille at Stamford Bridge.

Frank Lampard’s side were in complete control for the most part and set up the victory they required with first-half goals from Tammy Abraham and Cesar Azpilicueta.

Chelsea’s nerves were frayed when former striker Loic Remy pulled one back for Lille late on but they were able to close out victory to reach the last 16 after finishing a tough group in second place behind Valencia but ahead of last season’s semi-finalists Ajax.

Abraham scored his 13th goal of the season after 19 minutes when he turned in Willian’s cross from close range while Azpilicueta headed in from Emerson’s corner 10 minutes before the break.

Lille, with nothing but pride to play for and with a much-changed team, barely threatened until Remy’s late strike but Chelsea saw out the win to complete the first phase of their Champions League assignment.

Where Lampard must improve Chelsea

Lampard and Chelsea deserve great credit for navigating their way out of a dangerous Group H – especially as the Champions League campaign opened with a home defeat by Valencia.

Chelsea regrouped, struck gold with a crucial win away against Ajax and then earned another vital point coming from 4-1 down in the return game against last season’s semi-finalists at Stamford Bridge.

It has been a good effort but Lampard will know as well as anyone that there are faults which must be addressed before the tournament resumes with the knockout phase in February.

Chelsea are full of flair and excitement going forward, led by the free-scoring Abraham, but vulnerable at the back, as proved by those four goals conceded at home to Ajax and the number of chances conceded before drawing 2-2 in Valencia.

And even here, where they were in cruise control for virtually the whole game, they had anxious moments at the end after Remy scored for Lille.

It is in central defence where the uncertainties lie, deficiencies exposed in the Premier League as well as in Europe – and the evidence is already there that this soft underbelly will leave Chelsea in danger as they are on course to draw one of the Champions League elite.

The return of Antonio Rudiger after injury, starting his first game since September, at least gives Lampard the luxury of having his best defender available but the lifting of Chelsea’s transfer ban is very timely in the Champions League context.

Chelsea will surely be looking in the central defensive area, although buying high quality in January is always made more difficult by others clubs’ reluctance to sell mid-season.

Lampard will be well aware this is a weak link that will be ruthlessly probed if Chelsea are to drive deeper into this competition.

The post Chelsea hold on to qualify for last 16 appeared first on 3news. Landslide at gold mine in eastern Congo kills at least 16 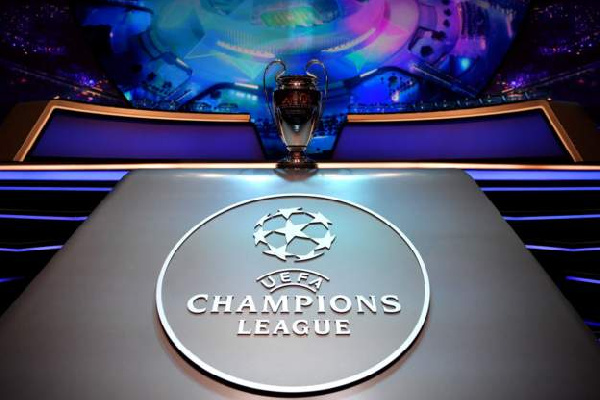