Penalty or no penalty

Former world best player, Cristiano Ronaldo, led Portugal to a 3-2 victory over the Black Stars of Ghana at the 974 stadium yesterday, to top Group H after Uruguay and South Korea played out a goalless draw earlier in the day.

Ronaldo opened the scores following a controversial penalty awarded to him in the 65th minute, when Mohammed Salisu challenged for the ball in the box.

The Southampton defender was judged to have fouled the Portuguese’s talisman in the process, leading to the award of the penalty, which was excellently converted by Ronaldo. 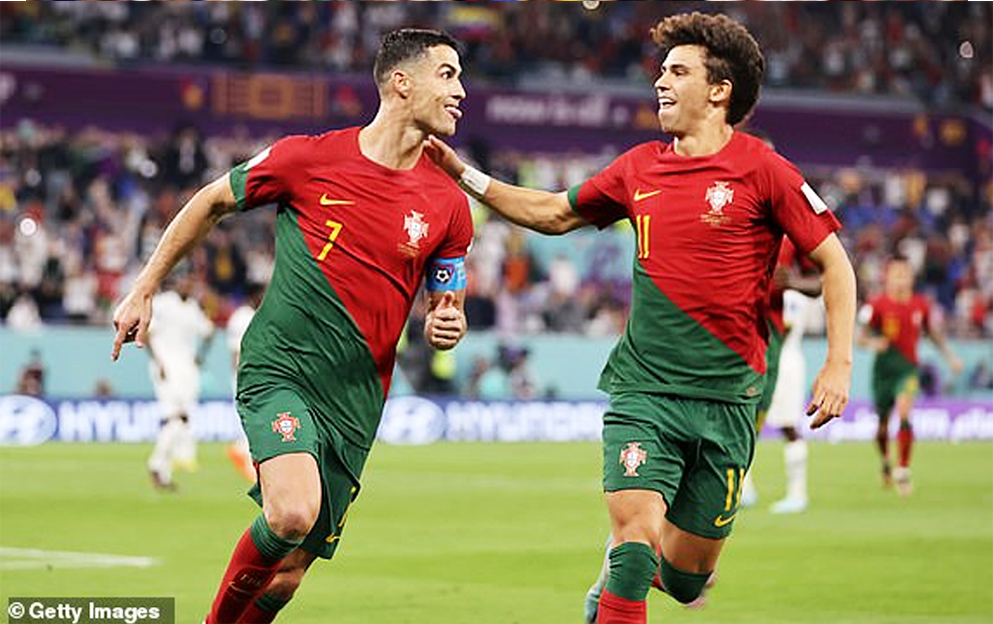 Ronaldo joined by colleague to celebrate his goal

Ghana responded positively, 8 minutes later, when captain Dede Ayew restored parity for the Stars in the 73rd minute, to set a new record of scoring in his last two consecutive World Cup tournaments.

The Stars lost concentration momentarily after scoring the equalizer and allowed the Portuguese to stun them with another goal.

Athletico Madrid’s forward, Joao Felix, restored the lead for the Portuguese in the 78th minute, when he fired in from a close range, after Bruno Fernandes’ successfully split up the Stars’ defence with a pass. 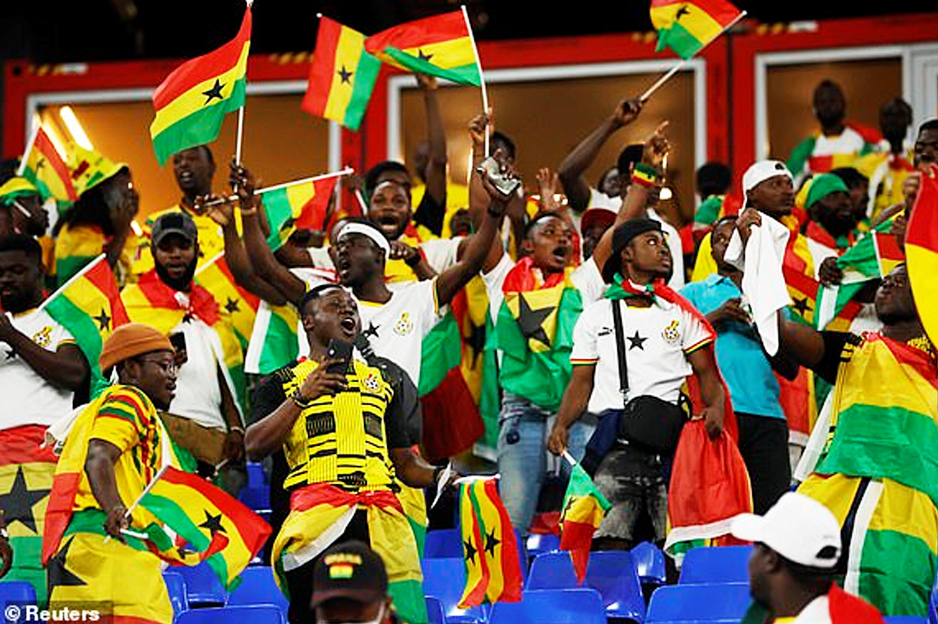 Ghana’s Osman Bukari, who came on as a substitute, pulled one back for the Stars in the dying stages of the game.

The Portuguese started the game on a bright note and took the fight to the Stars, pushing them deep into their own half, but the defenders remained resolute at the back. 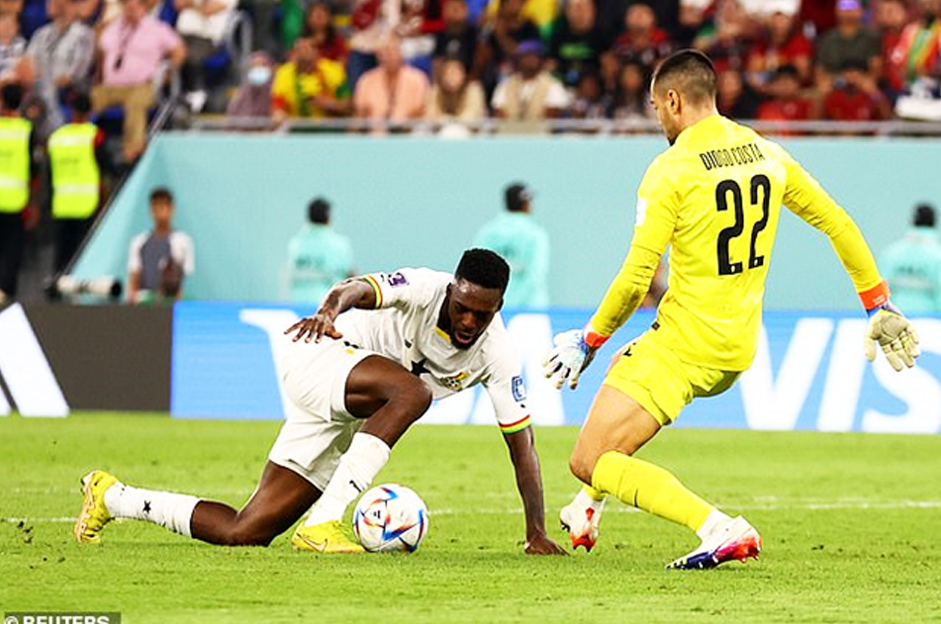 The back five provided a strong shield for shot stopper AtiZigiand  excellently dealt with every ball in their defensive area, to frustrate the opponents, particularly Cristiano Ronaldo.

The Portuguese nearly had a breakthrough on the 10th minute mark when a through pass upfront to Ronaldo beat the defence, but AtiZigi rose to the challenge and won the tussle against Ronaldo.

With the Portuguese controlling about 71% of possession in the first half, it was extremely difficult for the Stars to make any significant impact throughout the first half.

The Stars, however, looked so impressive in the second half and played with a lot of confidence and pushed more men forward to test the Portugal defence.

Poster boy, Mohammed Kudus, engineered a great move with an incredible speed and skills from the midfield to open up the Portuguese in the 55 minute.

The Ajax play maker crowned his impressive effort with a powerful left drive that nearly fetched the Stars an opener, but his shot went wide.

The tempo of the game changed, as the Ghanaians kept making incursions into the opponent’s final third, but goalie Rui Patricio was not properly tested

Wingimall is live in Ghana!