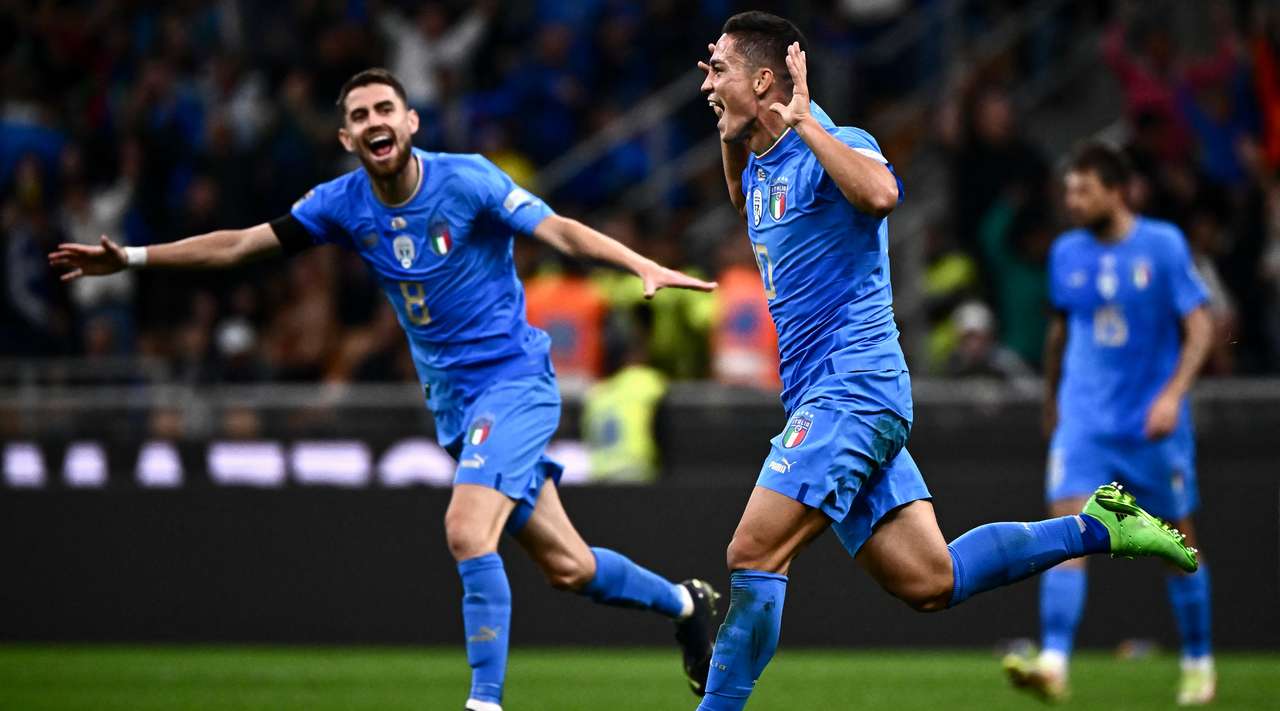 Giacomo Raspadori scored the only goal of the game as England lost 1-0 to Italy on Friday.

Pressure on manager Gareth Southgate is expected to increase ahead of the 2022 FIFA World Cup after England on Friday, fell to another painful defeat to Italy which saw them relegated from League A of the Nations League.

A moment of inspiration from Giacomo Raspadori saw Italy beat England 1-0 in Group A3 of the Nations League, and helped Gli Azzurri extend their unbeaten run in the last six head-to-head between both nations.

Gianluca Scamacca showed the most intent to score a quick opener, as the striker’s header was tipped onto the crossbar by Nick Pope before he struck wide with a speculative effort from range.

Neither side were creating especially dangerous chances before half-time, and Bryan Cristante’s strike was blocked by Eric Dier before Kane hit a frustrating shot comfortably over the crossbar.

There was a greater intensity as the teams emerged from the break, as Federico Dimarco came within inches of finding Francesco Acerbi in the box before Kane had a shot blocked by Leonardo Bonucci.

The England captain endured more frustration soon after, as he was left bleeding following a clash of heads with Rafael Tolói and forced to wait before coming back on.

The match finally received a burst of quality in the 68th minute, as Giacomo Raspadori controlled Bonucci’s ball behind the Three Lions defence, cut across Kyle Walker and curled a strike out of Nick Pope’s reach.

Gianluigi Donnarumma hadn’t been tested much throughout the game but produced an impressive double-stop to deny Kane with a quarter of an hour remaining.

The scoreline could have been even worse as Dimarco hit the post late in the game, but it was not to be so. At full-time, the 1-0 result meant England were now relegated to League B, with massive doubts about their abilities heading into the FIFA World Cup.