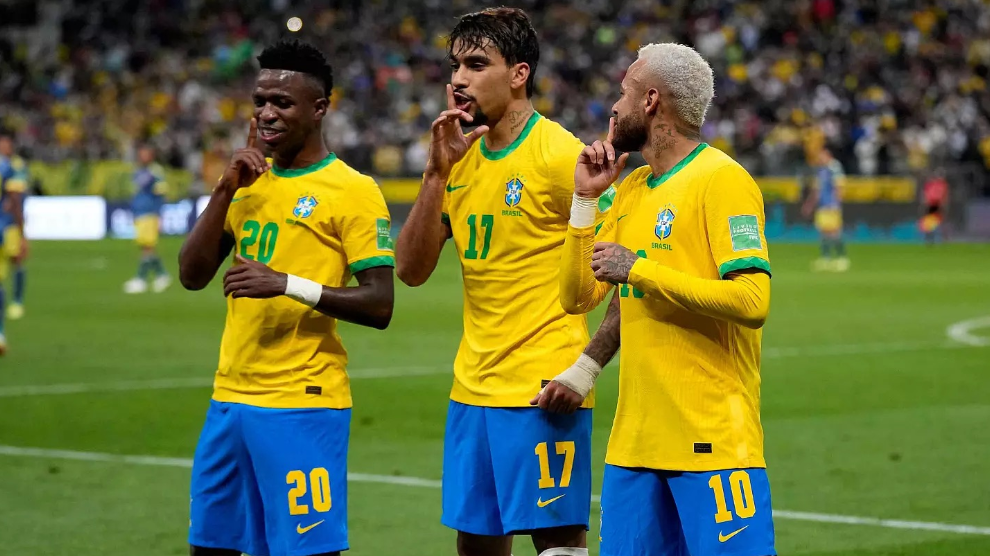 A disappointing first-half performance saw Ghana suffer a humiliating defeat at the hands of Brazil in Friday’s high-profile friendly in Le Havre, France.

The Black Stars played on the back foot for large spells, with goals from Rcharlison (double) and Marquinhos consigning them to a 3-0 defeat.

Otto Addo decided to stick with the old guard, as none of the new players in the team was given the nod against the Selecao.

In-form Ajax star Mohammed Kudus was supposed to partner Thomas Partey in midfield, but the Arsenal anchorman suffered an injury during the warm-up, which ruled him out of the game.

Captain Andre Ayew started as the playmaker of the team, with Felix Afena-Gyan leading the line as the lone striker.

Brazil also named a strong starting line-up that had Alisson in the post and flanked by Eder Militao, Alex Telles, Thiago Silva and Marquinhos.

Lucas Paqueta paired Casemiro in midfield, while the trio of Neymar, Raphinha and Vinicius Jnr provided support for Richarlison upfront.

Tite’s started the game on the ascendency but it was Afena-Gyan who had the first shot on target after breaking free and firing straight at Alisson.

However, the South Americans continued from where they left off by bossing possession and creating a couple of half-chances.

Paqueta and Richarlison went close within the opening eight minutes before Marquinhos rose highest to head home from Raphinha’s corner-kick.

Brazil doubled their lead right on the half-hour mark following a swift passage of play which saw Neymar thread a pass to Richarlison to apply a first-time finish past Wollacott.

Richarlison made it 3-0 with six minutes to half time after the Tottenham forward was left unmarked to head Neymar’s cross into the net.

Addo made a series of changes in the second half, with Inaki Williams, Salisu Mohammed and Tariq Lamptey coming on for their debuts.

Despite giving a better account of themselves in the second, the substitutes couldn’t do much as the Black Stars fell to a 3-0 defeat.

Meanwhile, Ghana will hope to make amends when they face Nicaragua in their next friendly on Tuesday.