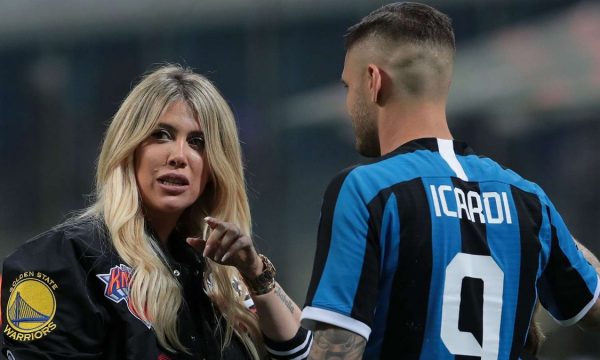 The Galatasaray striker's wife-agent has announced on social media that she is officially done with her husband.

Mauro Icardi was at Paris Saint-Germain last season but he had fallen out of favour at the club.

The 29-year-old Argentine international has failed to nail down a starting spot since his controversial move from Inter Milan in 2020.

However, Icardi joined Turkish side Galatasaray on a loan deal very late in the transfer window this summer.

While there had previously been rumours of a spat between Icardi and his wife and agent Wanda Nara, Nara herself has announced that they are officially cutting ties following their eight-year marriage.

Wanda took to her Instagram on to post a message confirming that they were calling it quits, describing it as a ‘painful moment’ for them.

A post on her Instagram story read: It is very painful for me - writes Wanda on social media - to live this moment. But given my exposure and the media speculations that are coming out it is preferable to know it from me. I have nothing to declare and I do not want to give any kind of details about this separation. Please I ask you to understand not only for me but also for our children.

However, she has also refused to divulge any more details about the pair's split.

The news of their split comes after Argentine outlet LAM (Los Angeles de la Mañana) via GIFN had reported that the couple were allegedly denounced by their neighbors for trying to burn old furniture with a bonfire inside their villa, located on Lake Como.

A police patrol and a fire brigade team had reportedly also arrived at the scene to put out the flames.

Icardi and Nara got married at a secret wedding in Buenos Aires after Narad divorced Maxi Lopez, who was Icardi's teammate in the Argentina National team then.

The pair are widely regarded as one of the most popular couples in football due to the controversy surrounding how they met as well as their union in general.

Wanda Nara was a very significant figure regarding Icardi's exit from Inter after she helped her husband and the talismanic striker secure a move away to French giants PSG in 2020 Icardi fell out with the Nerazzuri management.

The pair have five children and had even previously broken up briefly before eventually reconciling.

Now it appears they seem to have called it quits for good this time with the main reason behind their split yet to be identified.

Melcom rebranded to provide variety of products and services