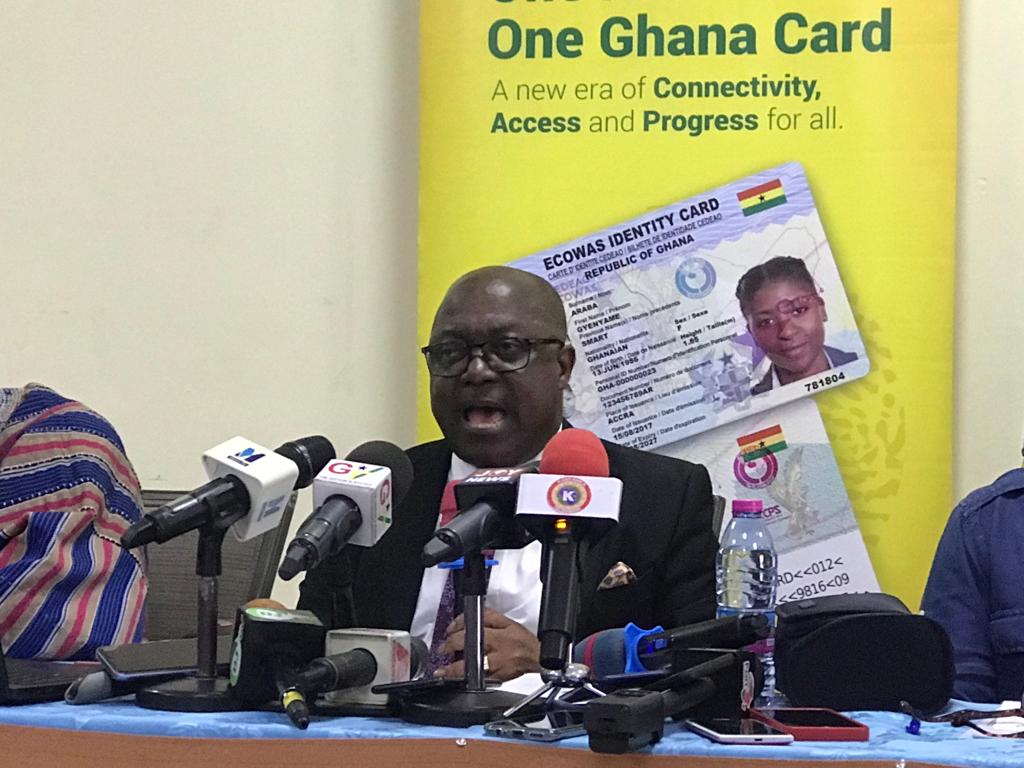 Professor Kenneth Agyemang Attafuah, Executive Secretary, NIA, said this at a press briefing in Accra on Friday to mark this year’s International Identity Day, after the Ghana News Agency posed a question to him.

This comes amid recent controversy of Huang En, popularly known as, Aisha Huang, a Chinese citizen with a non-citizen card re-entering the country after her deportation in 2018 over alleged illegal mining.

China has the highest citizens with non-citizen Ghana card with a total of 34,712 cards issued to them, being 22 per cent of the 161,007 citizens from 202 foreign countries.

Nigerians constituted the second-largest citizens with non-citizen Ghana card with a total of 25,873 cards, while 20,110 bearers were citizens of India.

The Executive Secretary said the Authority had introduced a robust system to verify all cards of Ghanaians for the purpose of transacting businesses with banks and to verify non-citizens who would use the card to apply for or renew their residence permit, open or run a bank account in the country.

On the celebration of the International Identity Day, Prof Attafuah asked African countries to heighten efforts to ensure that the citizenry had legal identity to foster social, economic and political inclusion.

He said the country would leave no chance in ensuring that the Ghana card became “the single source of proof,” noting that the Authority, since January 2021, introduced a verification system, which made banks authenticate individuals who used the card for various transactions.

“With this verification system, if you go to the bank with or without your Ghana card, with your fingerprint, the bank is able to verify your identity as part of KYC (Know Your Customer) and give you a service,” Prof Attafuah noted.

The Executive Secretary hinted that NIA would from November 2022 start the registration of Ghanaians abroad and embark on an exercise to register children in the country between the ages of four to 15 in December 2022.

Meanwhile, registration for the card for refugees would start next week, Prof Attafuah said.

He said continuous registration would also be carried out in all 16 designated regional and all 275 district offices of NIA.