The Russia-Ukraine war began with the deployment of Russian troops to a shared Russian-Ukrainian border towards the end of 2021. On February 24, 2022, Russia’s President, Vladimir Putin, ordered military operations in Ukraine, arguing that the invasion was to “de-militarize” and “de-Nazify” the Republic of Ukraine.

Nine months have passed since the conflict began and in this period, excessive havoc has been wreaked on Ukraine. Despite widespread condemnation by the international community, there appears to be no end in sight.

While it may seem as though this war only concerns these two nations, it has had an immense impact on the global economic climate. Since the inception of the war, worldwide prices of essential commodities such as oil, wheat, agricultural inputs, etc, have skyrocketed. This is because Russia and Ukraine are among the world’s leading breadbaskets. Approximately 30 percent of the world’s wheat and barley, a fifth of the world’s maize supply, and over a half of the world’s sunflower oil are exported by these two states alone. Russia is the leading exporter of nitrogen fertilizer and the second-highest exporter of both potassium and phosphorous fertilizers. Russia is also the world’s largest exporter of natural gas and the second-largest producer of the commodity. Furthermore, Russia is the world’s third leading producer of crude oil; producing roughly 13 per cent of the world’s crude oil. Ukraine, on the other hand, is a hub for the production of vehicle parts mostly used by automakers.

With the two warring states being key producers of some of the world’s primary commodities, the destruction occasioned by the war and the sanctions that have consequently been imposed on Russia, have limited the availability of these commodities on the world market, accounting for the global price hikes. In July 2022, the two states reached an agreement to free up Ukrainian grain exports which have been held up since the inception of the war. Russia, however, refused to uphold her part of the deal until recently, blaming a drone attack in Crimea’s Bay of Sevastopol by Ukraine.

In view of the fact that most African economies are import-driven; depending largely on the importation of the essential commodities mentioned above, the war has had colossal socio-economic impacts on the continent. Countries such as Ghana, Senegal, Cameroon and Kenya which are heavily reliant on chemical fertilizers imported from Russia, have been faced with fertilizer shortages which have adversely affected their ability to produce food crops in high volumes. The cost of producing food crops, has increased, thereby escalating the price of food items on the market. In Kenya for instance, corn and cabbage farmers have had to cut down on production due to their inability to afford chemical fertilizers. Farmers across the continent may be pushed to dispense with fertilizing their crops altogether, which will ultimately lower the quality and quantity of food crops. In addition, the energy sector in Cameroon, Nigeria and Equatorial Guinea has also been affected. Russian oil companies, which were very active in these countries, have curtailed their operations. Lukoil, a Russian oil company, has ceased its operations in Equatorial Guinea, while Libya, Congo and Egypt have had to limit oil and gas production due to delays at the loading terminals in their respective ports.

Despite the immense socio-economic ramifications, the Russia-Ukraine war has had on the African continent, the conflict presents Africa with a silver lining.

Africa is endowed with approximately 60 percent of the world’s arable land, yet Africa continues to rely heavily on produce from overseas farms. In 2020, Africa imported $4 billion worth of agricultural produce from Russia and $2.9 billion worth of same from Ukraine. The current economic crisis however makes it imprudent for African countries to continue to rely on imports of agricultural and related products. Zimbabwe has set a good example by boosting the production of wheat in excess of 250 000 tonnes to cater for her domestic demand, saving over a $100 million, which would have otherwise been lost through importation. Other African countries must follow suit. Ethiopia is currently the leading producer of wheat in Africa, producing about 5.1 million tonnes of wheat annually. Ethiopia can take practical steps to supplement its production efforts, to establish its place as a principal supplier of wheat on the global market. African countries must also look to biotechnology to help combat the effects of climate change and to develop drought-resistant strains of crops such as maize, wheat, cocoa and cashew to increase crop production and in effect, promote food security.

Oil and gas exploration and production

The existence of oil and gas reserves on the continent provides vast opportunities for sustained economic growth. Nigeria, Senegal and Tanzania have approximately 206 trillion cubic feet, 40 trillion cubic feet and 57 trillion cubic feet of natural gas, respectively, in their reserves. African countries must invest in new refineries and petrochemical complexes, adopt the use of artificial intelligence, machine learning and hands-on specialized training to better equip themselves to present alternative sources of energy to meet the world’s demand. By doing so, not only will they strengthen their economies through large-scale exports, but cost of living stands to be reduced considerably due to a decrease in regional fuel prices.

Oil-refining has the added effect of generating secondary products; ammonia and urea ammonium nitrate which are needed in the production of nitrogen fertilizers. African countries can, therefore, look to locally produced chemical fertilizers to boost food production. Increased production will reduce prices of food supplies such that they are accessible to even the most vulnerable groups among the populace.

While African countries have largely trodden the path of neutrality with regards to their support or condemnation of the war, the impact their economies have suffered as a result are grave. Donor countries are channeling significant amounts of their resources into de-escalation efforts such that there is little support available to combat the threats of political instability in Africa. The response of the international community to the war has also revealed to Africa, the contrast in the readiness of international co-operations to go to the aid of Western states that have come under fire and ultimately threaten their national interests, against the readiness with which they respond to calls for support in fighting security threats on the African continent. This ought to push African countries to be more strategic in their international alliances and prioritize their national interest in their international relations.

For a developing continent, the least hike in prices of basic commodities escalates the cost of living, thus posing threats of popular uprisings that imperil the relative political stability enjoyed across parts of the continent. African leaders must embrace the shifts that the Russia-Ukraine war have brought to the global economy, by restructuring their economies to be more dependent on homegrown products and judiciously manage state resources. Once they have adopted this strategy, the likelihood of experiencing uprisings similar to those experienced in the 2010 Arab Spring and the 2022 Sri Lankan protests can be diminished. While the Russia-Ukraine war is unjustified and unfortunate, the varied avenues for growth that it presents to Africa must not be underestimated.

The author, Maame Ekua Otenewa Oduro is a Democracy and Governance (D&G) intern at the Ghana Center for Democratic Development (CDD-Ghana), and a law student at the University of Ghana.

The post The Russia-Ukraine war: A silver lining for Africa? [Article] appeared first on Citinewsroom - Comprehensive News in Ghana. 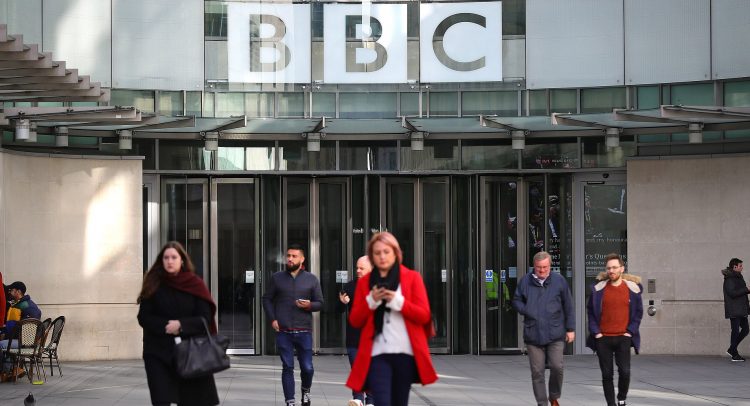 BBC World Service’s Podcast The Comb Is Back For A New Season, Unearthing Gripping Stories Across Africa