Managing Director of the Precious Minerals Marketing Company (PMMC), Nana Akwesi Awuah, says the government will deal decisively with gold smuggling activities as it looks to implement the gold for oil barter trade.

He said that the government will move to tighten its borders in order to help raise more gold to be used to buy oil on the international market.

Speaking on Eyewitness News, he disclosed that the government will need about 205,000 ounces of gold for the new policy, which is aimed at dealing with the cedi depreciation and its consequent effect on fuel and food prices.

His comment comes on the back of concerns raised by the former Chief Executive Officer of the National Petroleum Authority, Moses Asaga, who says the country may not be able to raise enough gold to purchase the oil as a result of a mix match between the consumption of refined petroleum products as against gold receipts that goes through Bank of Ghana and total gold reserves – a position he disagrees with stressing that the government has conducted thorough research into the market to facilitate the smooth implementation of the new policy.

“The fact on the ground is that the figures were looked at and when the figures were looked at, we found that when you look at the refined petroleum product, we found that per the current consumption pattern we were looking at a total of 350,000 metric tons per month. That was the projection in terms of the current consumption figures, which to about $340 million.”

“Now when you look at our gold that goes through the national assay laboratory which PMMC has control over, we are doing an average of about 5,000 kilograms of gold a month and when we did the projections, we found that we will need about 205,000 ounces of gold to be able to meet the demand side or the supply requirement for the refined petroleum.

“We found that it is actually possible to be able to acquire these quantities of gold in the country. Even for the average 5,000 I am talking about, it is the one that goes officially through the PMMC. We believe that there’s a lot of our gold which is also smuggled. Part of this programme is to also tighten control at our borders in terms of gold smuggling,” he said.

Vice President, Dr. Mahamudu Bawumia, in a Facebook post, announced the government’s decision to use of gold to purchase oil products.

As part of its implementation, he said the Lands and Natural Resources Minister, Samuel Abu Jinapor, has directed that all large-scale mining companies (as agreed with the Bank of Ghana) shall sell 20 percent of all refined gold at their refineries to the Bank of Ghana before the export of the gold beginning January 2023.

The post Gov’t to crackdown on gold smuggling to implement gold for oil barter appeared first on Citinewsroom - Comprehensive News in Ghana. 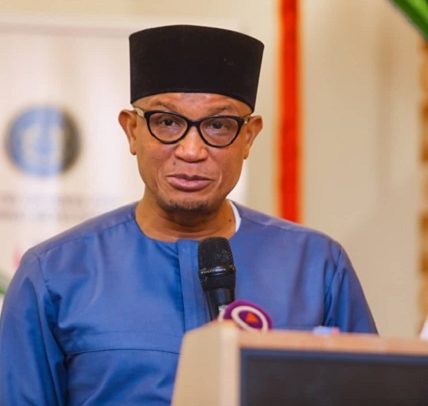