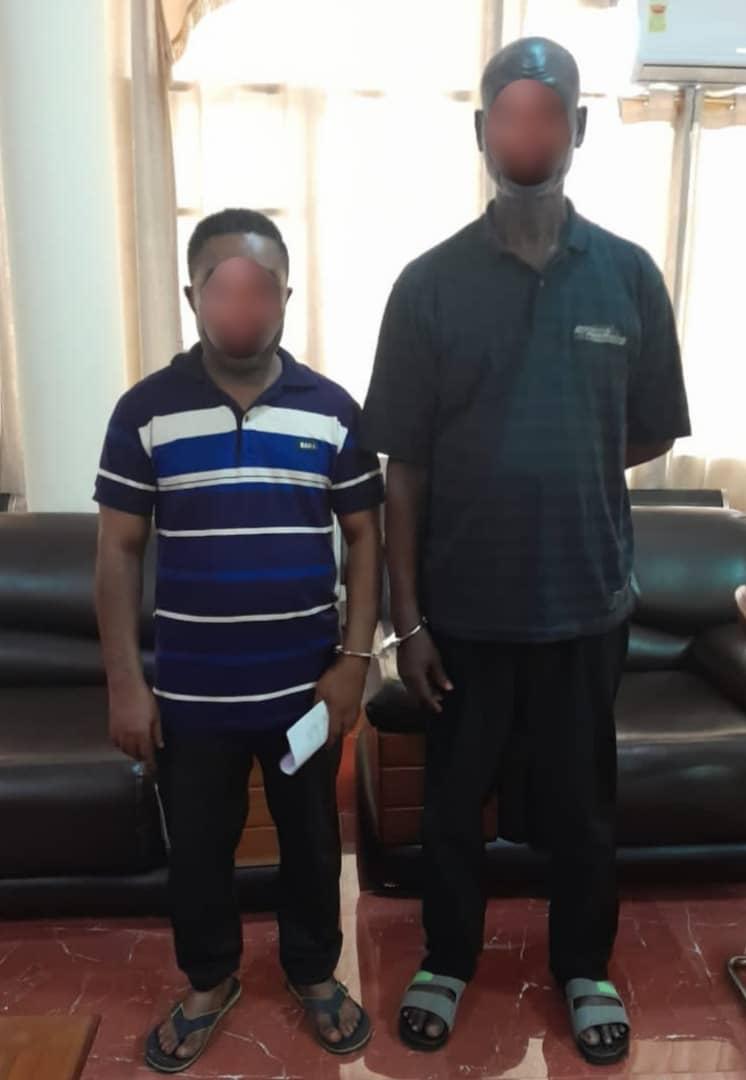 The Cape Coast Circuit Court 2 has remanded the Tufuhene of Ekumfi Akwakrom Nana Clark Onyaa and a pastor Michael Darko known popularly as Nana 1 in police custody for their involvement in the alleged murder of a 25-year-old trainee nurse, Georgina Asor Botchwey.

''The two accused persons were today, 22nd September 2022 arraigned before the District Court II in Cape Coast and have been remanded to reappear before the court on 4th October 2022, a statement from the police said.

The Mankessim District Police Command on Wednesday, September 21, 2022, arrested the chief at his hideout at Akwakrom in the Ekumfi district after his accomplice, the pastor, confessed to helping him kidnap, kill, and secretly bury the victim.

The victim was allegedly kidnapped by the pastor after she had gone for an interview at the Ankaful Nursing Training College.

The culprits after having had sex with their victim demanded GH¢15,000 as ransom from her family for her freedom.

They allegedly killed her when the family refused to pay and buried her in the chief’s kitchen.

25 Years of Relevance: Okyeame Kwame on transiting from commercial to indigenous songs

Xavier Sosu arrested for driving in middle of the road