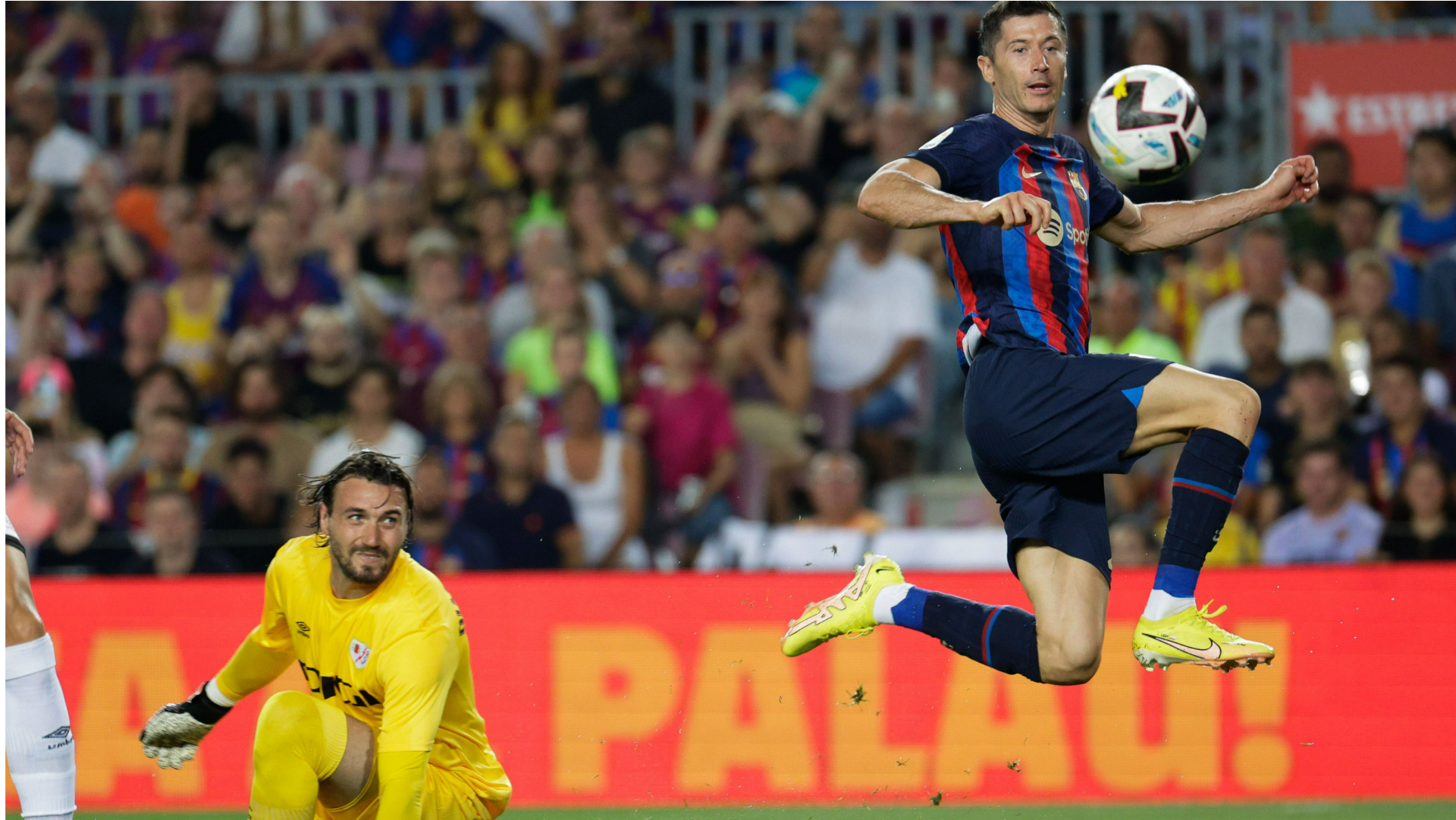 'It's a matter of time' - Xavi promises Barcelona fans Lewandowski will score.

Barcelona were held to a 0-0 draw by Rayo Vallecano in their first La Liga fixture of the 2022/23 season played on Saturday, August 13.

Despite making several signings this transfer window, Barcelona were unable to break down a resolute Rayo Vallecano.

80,000 fans in attendance at the Spotify Camp Nou left were unable to have a celebration as the season started with a draw.

After the game, Barcelona boss Xavi Hernandez gave his assessment of his side's deficiencies.

'Xavi is a fraud' - Reactions as Barcelona suffer against Rayo Vallecano

Polish striker Robert Lewandowski had several half chances in the game but was unable to convert.

Xavi responded to questions about the ability of Lewandowski to adapt to the style in Spain.

Xavi stated that he is certain Lewandowski would deliver the goals just as he did for Bayern Munich in Germany.

He said, It's a matter of time for Lewandowski to start scoring goals.

I am happy with Lewandowski's performance. He's working for the team. Robert and everyone else was frustrated with the result, but we have to keep working.

We need to improve our effectiveness and must better understand how to create chances.

I already said that we should continue to strengthen the team and we have time until the 31st of August.