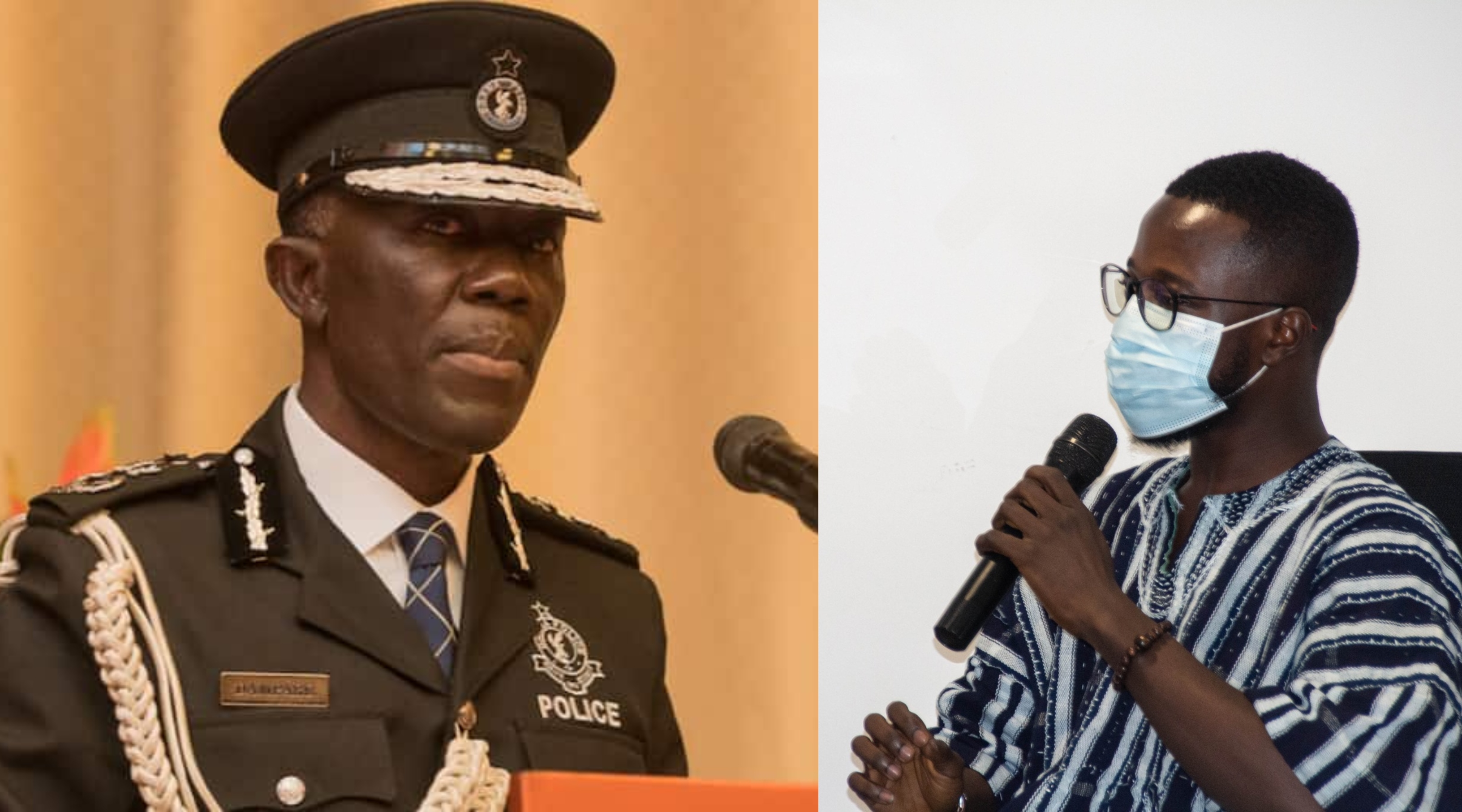 As more Ghanaians continue to react to the revelation by the Inspector-General of Police, Dr George Akuffo Dampare, that the police administration was considering recruiting qualified relatives of police officers who die in the line of duty, one Nana Kwame Agyem-Jabu has likened the move to the supposedly abolished Trokosi system..

Trokosi is a traditional system where virgin girls, some as young as six years old, are sent into Troxovi shrines (shrines for gods) as slaves to make amends for wrongs committed by a member of the virgin girl's family. If the virgin dies, another virgin from the family is sent to replace her, and it continues that way till eternity.

According to the former social worker/counsellor at The Potter's Village Ghana, the police service must rather prioritise the sufficient equipping of its personnel and improving their welfare.

In his view, if the said policy is implemented without first fixing the challenges bedevilling the police service, relatives of deceased officers might be tempted to join the police force against their genuine will, due to deprivation, only to die too.

“The logic goes like this: because unemployment and economic deprivation are so rampant, here’s an opportunity to get young relatives who are survived by a deceased officer —never mind that systemic safety problems underlie much of police vulnerability— to come in here to continue from where the dead left off. The offense? For failing to be Isakaba; odeshi!

“A killer tax of sorts that runs on covert coercive consent because it is more likely out of desperation (or deprivation?) than desire that anyone would throw themselves right back into the line of fire in a poor job that very likely failed their loved one.

“Genius! The kind of recruitment strategy a terrorist will come up with,” Agyem-Jabu wrote on his Facebook page on Friday, August 12, 2022.

He joins the likes of US-based Ghanaian law professor, Kwaku Asare, popularly known as Kwaku Azar, who objected to the IGP’s disclosure, arguing that public sector jobs cannot be devised or inherited. Survivors Benefits are paid for a reason.

The Inspector-General of Police, Dr George Akuffo Dampare, had disclosed that the service was considering recruiting qualified relatives of police officers who die in the line of duty.

According to the IGP, the initiative will compensate for the loss that the death of the officer would have occasioned.

He further explained that the move would also encourage the serving officers to give their best.

“When a police officer dies on duty, we have put new measures in place to ensure that a relative of the deceased officer who is qualified is recruited into the service as part of efforts to urge our officers to do their best in protecting the public,” the IGP said while delivering a public lecture at the Kwame Nkrumah University of Science and Technology (KNUST) on Thursday, August 11.

“We want a police service of the people, by the people and for the people. We want to make the service the best institution in the country and a reference point in the world,” he added.

After the IGP’s revelation, Ghanaians have been expressing mixed reactions to the intended move, with some rejecting it outrightly, while others say it makes sense.

Stop buying damaged but repaired gas cylinders; they can kill you, the Fire Service warns.